Samsung UK lists, then pulls, Galaxy Z Fold2 for £1,799 ahead of official launch 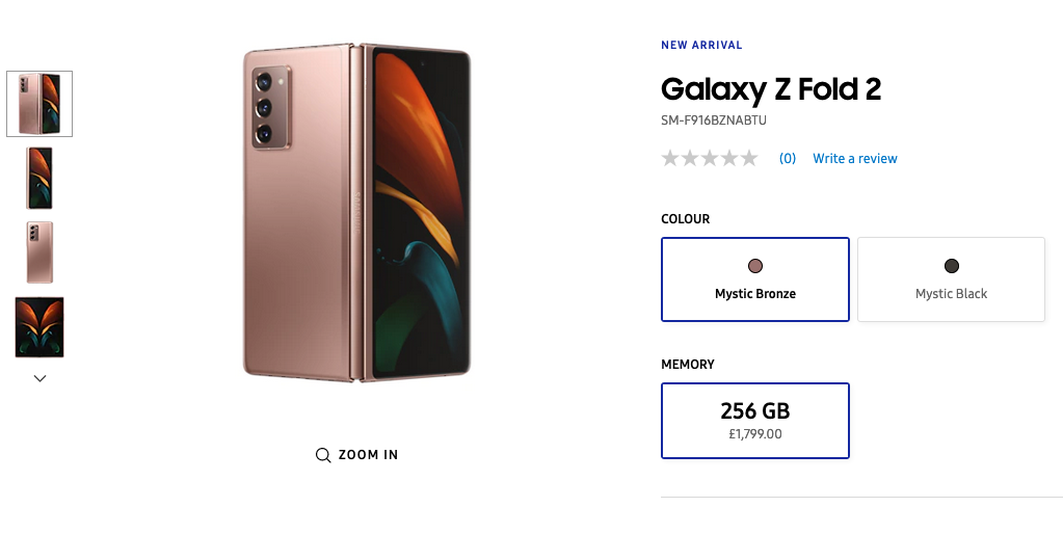 We hope you’re saving up.

Days ahead of the official Sept. 1 launch date for the Galaxy Z Fold2, Samsung confirmed the UK preorder price of the phone is a cool £1,799. It appears the company got ahead of itself, however, because only a few hours after the webpage was called out online, Samsung removed that rather revealing detail.

Another key detail now removed? The device is set to ship on Sept. 17.

In the screenshot below, the pricing is listed under the option for memory.

At the time of this writing, however, the price has been removed.

While someone with Samsung’s UK web team may have gotten a little ahead of themselves, they didn’t give away too much of the game. The original (and heavily flawed) Galaxy Fold sold for $1,980, so we always knew the latest iteration was going to be pricey.

Now, we just happen to know exactly how pricey.