She Helped Wreck the News Business. Here’s Her Plan to Fix It 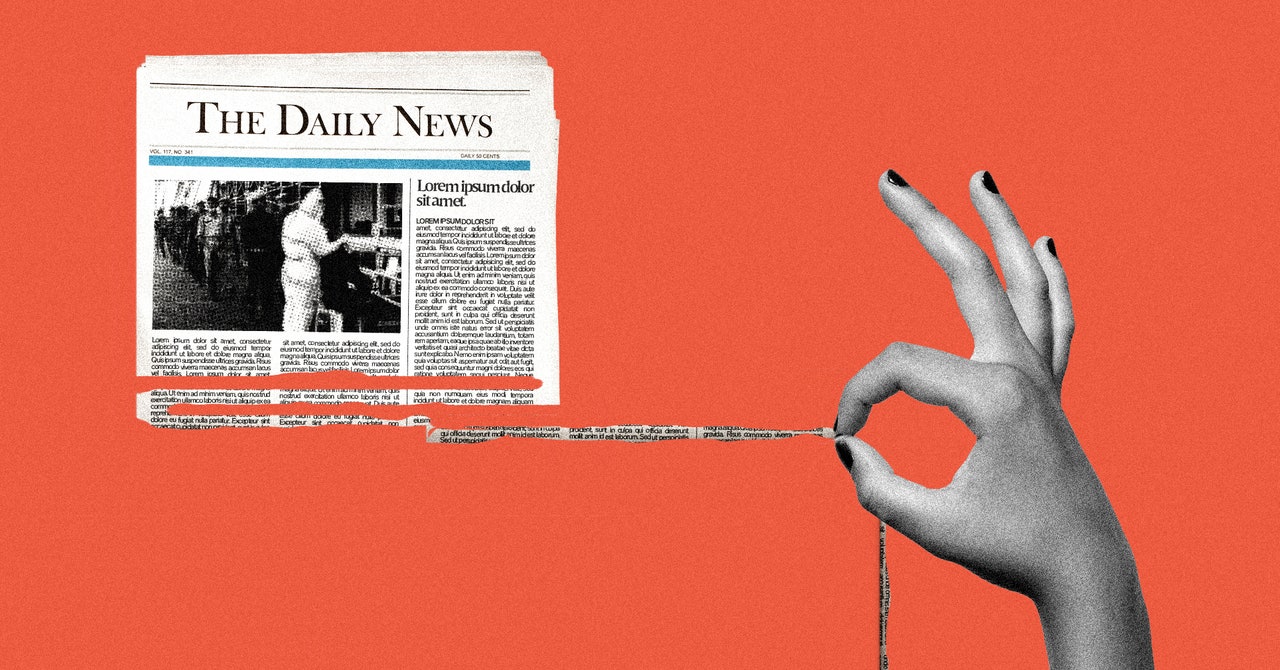 Nandini Jammi remembers the moment she learned she was accidentally destroying the news industry. Like so much else in 2020, it came as an unpleasant surprise.

As the cofounder of a social media campaign called Sleeping Giants, Jammi had perfected the art of pressuring advertisers to stop funding websites that peddle hateful content. In 2017, Sleeping Giants attained national notoriety when its viral protests on Facebook and Twitter helped cause a 90 percent drop in Breitbart News’ ad revenue—kneecapping one of the most important and inflammatory right-wing publications of the 2016 election. The experience left Jammi, then in her late twenties, exquisitely attuned to the central economic fact of internet content: Good, bad, or neutral, it’s all sustained by advertising.

This past March, as the full horror of the coronavirus pandemic began to reveal itself, Jammi watched the news business go into a financial tailspin. Even as traffic to coronavirus coverage soared, advertisers slashed their marketing budgets, starving publications of revenue. Hundreds of publishing-industry layoffs, furloughs, and pay cuts soon followed (including at Condé Nast, which owns WIRED). Jammi had a hunch that the situation was even worse than it looked. Not only were advertisers spending less, but what they were spending, she suspected, wasn’t making its way to news publications. So-called keyword blocking software, designed to keep brands from appearing next to “controversial” topics, might be preventing ads from running on stories about the pandemic. Jammi went into a Slack channel for marketers to see if anyone would leak data to confirm her suspicions. At one point she asked why advertisers cared so much about avoiding unpleasant news topics.

“I mean this with all due respect,” one chat participant replied, “but they care because of you (your org), and it’s broadly your fault.”

Jammi’s shame campaigns may have worked too well. Companies afraid of ending up in Sleeping Giants’ crosshairs, and the advertising agencies that work for them, have increasingly turned to “brand safety” tools offered by the ad tech industry. Keyword blocking purports to keep brands far away from unsafe content, but in practice it often steers advertising away from the news, accelerating the decline of an already beleaguered industry. When the pandemic hit, terms like “coronavirus” and “Covid-19” found their way onto block lists. The results were disastrous. A leaked spreadsheet from one major advertiser showed that software was blocking more than half of the company’s ads from appearing on the sites of dozens of reputable publications, including the Boston Globe, CBS News, and Vox. (For WIRED, the number was “only” 41 percent: nearly 77,000 ads blocked in March.) Many brands were skipping block lists and pulling their ads out of news publications entirely. The news media was getting a smaller slice of a shrinking pie.

Re: Targeting is made possible by Omidyar Network. All WIRED content is editorially independent and produced by our journalists.

“As keyword blacklisting ‘coronavirus’ continues to decimate the news industry, I have had the sinking feeling that Sleeping Giants (a campaign which I co-run) has something to do with it,” Jammi wrote to her newsletter subscribers on April 1. “When Sleeping Giants started tweeting at companies asking them to take their ads off Breitbart, we thought we made it pretty clear why: Breitbart was a media outlet promoting hate speech and bigotry, and advertisers’ dollars were funding it. What we never imagined was that brands would turn off the tap on all ‘NEWS & CURRENT EVENTS’ too.”

Her detractors delighted in the irony. “What’s astonishing is that the cofounder of Sleeping Giants would be so clueless that she ‘never imagined’ this would be the outcome of media boycotts,” wrote the conservative columnist Mark Hemingway. He added, “We’d be better off ignoring scolds and censors such as Sleeping Giants who, by their own admission, are wrecking the news business.”

What Jammi’s critics didn’t know was that she was, by then, recognizing the limits of Sleeping Giants herself and was already plotting her next move. She’d realized that the decline of reputable news, the rise of block lists, and the proliferation of online garbage were all perverse outgrowths of the same rotten, underlying fact: The people in charge of corporate marketing budgets have no idea where their ads are actually running, because they have come to outsource the central task of ad placement to vendors of automated technology. And, like the credit-default swaps and derivatives of an earlier era, that inscrutable, dizzyingly complex digital machinery rarely works as promised. Instead, it spends an unaccountable swath of the world’s ad budgets on a whole galaxy of junk websites and apps built to harvest fake clicks.