Shelter In Place Works—If You Can Afford to Stay Home 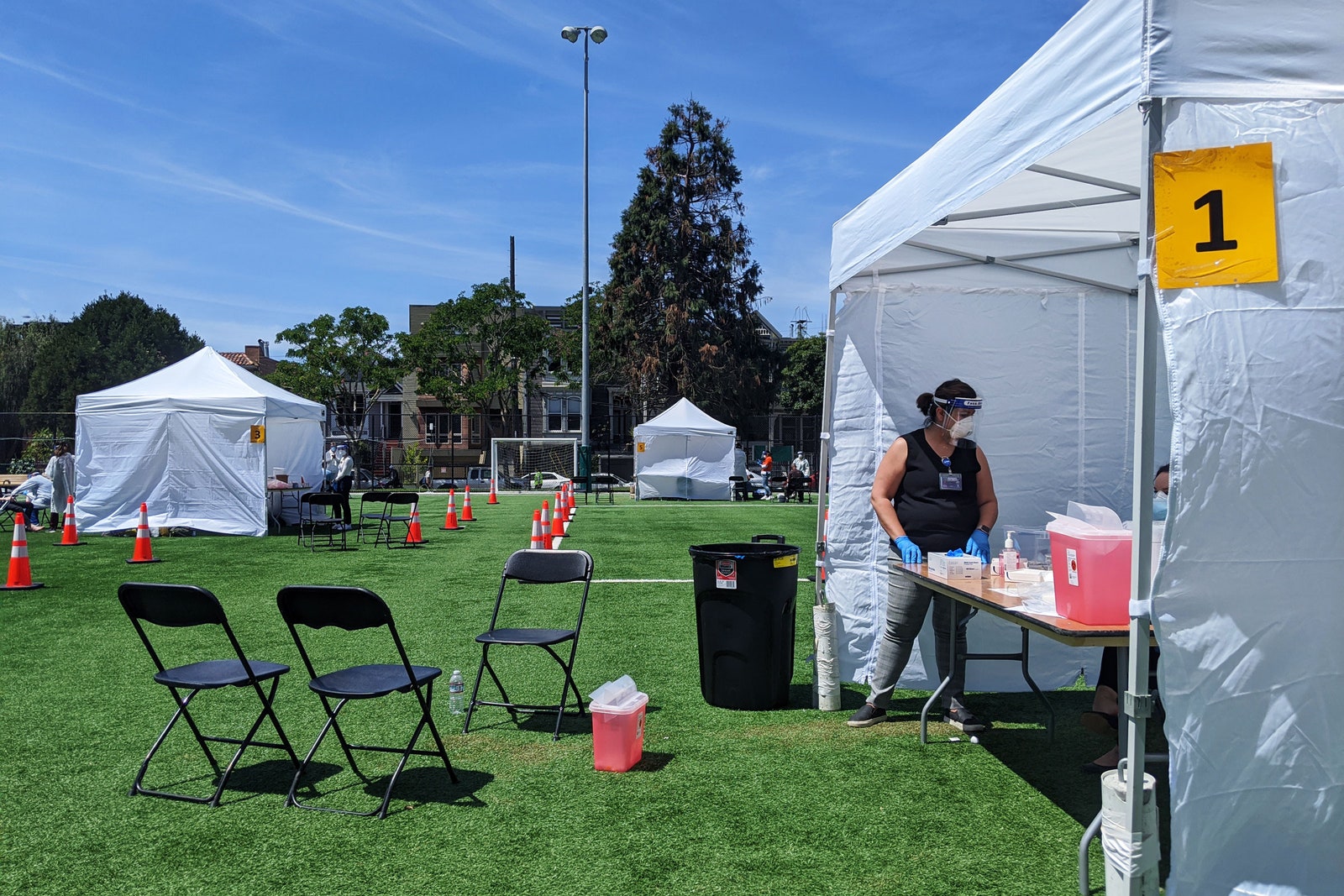 Among hard-hit essential workers, the precise dynamics of how infections spread are hard to pin down, Havlir notes. Had transmission actually occurred at work? Or maybe on transit? Perhaps the disparity reflected differences at home. Essential workers, she notes, are more likely to live in crowded conditions, or lack housing security, or live with other essential workers subjected to potential exposure. “San Francisco is complicated. There’s a lot of couch surfing,” Havlir says.

To attempt to decipher the answer, the researchers turned to genetic techniques. In the lab of Joe DeRisi, co-president of the Chan-Zuckerberg Biohub, a research center affiliated with UCSF, researchers sequenced viral RNA from 49 of the positive samples. As the virus invades cells and replicates, it picks up mutations over time. Similar mutations in the same parts of the virus’s genetic code mean two infections are related more closely: It’s thus possible to infer if the virus spread locally, or if it came from a different introduction, such as a traveller coming from abroad. “You can drill down and try to block transmission chains,” DeRisi says.

They found the sequences, based on their mutations, fell into five distinct groups—a diverse bunch, but nothing unexpected based on previous cases in San Francisco. That told the researchers that the workers hadn’t likely been infected from the same superspreading event—say, a single workplace they all shared. Instead, they saw that people with similar viral strains tended to be clustered together in households. That told them that these workers had likely picked up the virus somewhere in the community and brought the infection home, where it spread.

In addition, more than half of those who tested positive were asymptomatic at the time of testing, meaning they didn’t realize they were potentially infectious. That presents a challenge for curbing more infections, because people who don’t realize they are sick are unlikely to be tested—and even less likely to pursue it if being asked to quarantine would cause them financial hardship. “What you would hear from the community is, ‘I can’t get tested, because if I’m positive, I have to work. This is the only way to feed my family,’” says Hillary Ronen, who represents the neighborhood on the San Francisco Board of Supervisors.

The testing team tried an approach Havlir terms “Test and Support”—a riff on “Test and Isolate,” which refers to quarantining positive cases. Contact tracers at the San Francisco Department of Health would follow up with those who tested positive, as usual, but then, when appropriate, they would refer individuals to a team of wellness workers who live in the neighborhood. The wellness workers would call to check in, offering help like cleaning supplies, gift cards for food, and even housing in a hotel room, for those who don’t have space to quarantine themselves within their household. This outreach didn’t require only Spanish language skills, Rojas says, but also trust that only neighbors could provide. “Most houses would be like, ‘No, I think we’re OK,’” she says. “But it was because they were shy and they didn’t want to take advantage.” Getting some people to accept help took persistence, she says—a call every day.