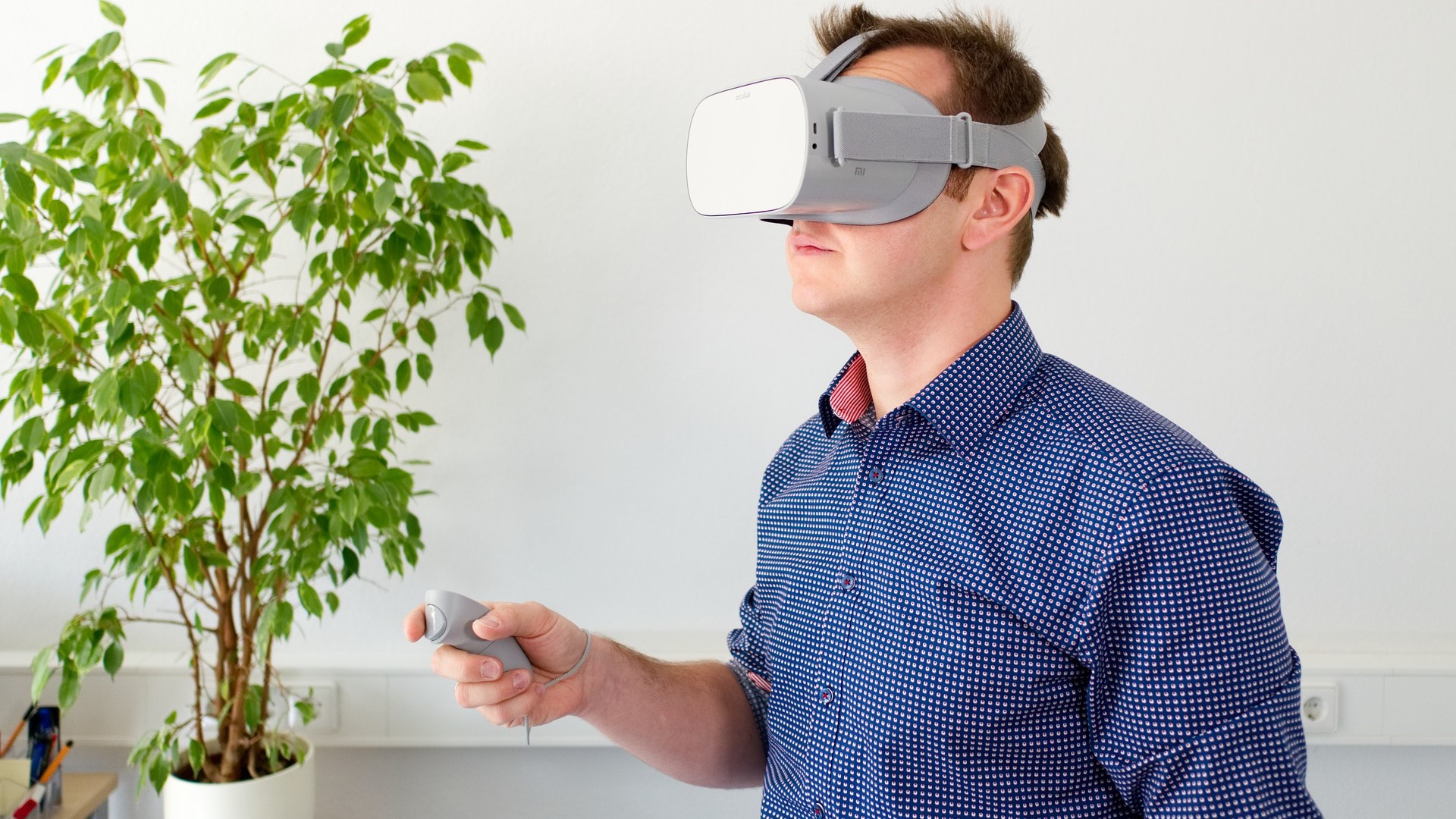 Businesses have quickly had to adapt to remote working as a result of the coronavirus pandemic. This has led to a huge increase in the number of organizations using video conferencing software and online collaboration tools. However, meeting with your coworkers just isn’t the same when everyone is staring at a screen. You lose the sense of human interaction and sharing a document on your screen pales in comparison to passing one around a conference room.

To make up for the shortcomings of video conferencing, organizations have begun to explore the idea of holding meetings in VR. TechRadar Pro spoke with MeetinVR’s marketing manager Tomas Budrys about the company’s new VR collaboration tool and how it can help organizations simplify remote work.

What is the current state of VR adoption in the enterprise and do you think the rise in remote working will lead more companies to turn to VR?

Overall we are seeing a broad uptake by early adopters especially in the technology sector. As Cristian-Emanuel Anton, CEO of MeetinVR, has pointed out, the current situation has made a lot of organizations turn to remote work and experience it first-hand. This sudden shift to remote work is a valuable learning experience because it tests how well people communicate and collaborate, as well as gives them a chance to spot both flaws and opportunities to improve their work process.

VR is an easy answer to this conundrum. It gives people the opportunity to eliminate friction created by time and distance, such as miscommunication and feelings of alienation. The release of the Oculus Quest and other standalone VR headsets has also made enterprise VR more accessible to many. So yes, we believe that this is a good opportunity for organizations to introduce virtual reality in their existing suite of remote working tools.

Can you give us a bit of background about what went into developing your VR collaboration tool?

MeetinVR has a classic startup story. Cristian studied game development in Copenhagen, where he found his passion for Virtual Reality technology and started making VR games ever since the first Oculus development kits came out. He started creating a VR universe for creatives called Dreamspace, but came to the realization that VR’s creative potential was overlooked from a business perspective. There were many apps for entertainment, but very few business-oriented ones, so he started prototyping in his bedroom – an imagined space with no distractions, full creative freedom and no boundaries. It was at this point that he met Danish angel investor Nicolaj Hojer Nielsen, who believed in Cristian’s idea from their first meeting.

Four years later, the MeetinVR team has been working closely with numerous Fortune 500 companies as customers as well as with prestigious educational institutions such as Stanford University, among many. Since the early days, working on MeetinVR was driven by close collaboration with our customers – large organizations who had a set of pain-points such as excessive business travel, insufficient team cohesion in distributed teams and eagerness to improve internal collaboration.

Do you think MeetinVR can help eliminate some of the video conferencing fatigue that remote workers are currently facing?

Absolutely, video conferencing fatigue appears when there is a lack of engagement and closeness. Video conferencing can be highly impersonal and alienating, as the human interaction is stripped of its rewarding cues: feeling of presence and togetherness or visual cues such as eye contact and body language.

This is not the case for MeetinVR. Here, people can shake hands when they come into a meeting, they can sit next to a colleague in the auditorium, they can enhance their communication with hand gestures or let the others know where their attention is focused by looking around the room. All these examples and many are what make MeetinVR an invaluable resource for teams who collaborate remotely.

What are some of the benefits of holding meetings in VR compared to a non-virtual meeting?

While video-conferencing works well when talking 1-on-1 or in very small groups, it gets challenging when we add more people into the picture. One obvious advantage of VR meetings over video conferencing is a feeling of physical presence: body (avatar) movements, head nods and handshakes enable non-verbal communication. Second, it is still quite challenging to do dynamic meetings such as various workshops remotely. Sometimes you simply need a whiteboard to sketch an idea or a set of “sticky” notes to do a brainstorming session. That is when VR has a substantial advantage.

Can you tell us more about MeetinVR’s content persistence feature and how it can help teams save time when resuming meetings?

When creating a meeting room people can set the content to be persistent. This means that you reduce the need to iterate on the same project by allowing people to pick up on their work exactly where they left off. Sticky notes and drawings and media files will be at the same positions as when you left the room. It allows them to work continuously and resume the meetings with the same content since the last session: collecting insights for research, managing all sorts of ongoing projects such as Scrum and Agile, do Design Sprints and other workshops.

How does casting work in the software and is it easy to bring outside assets into meetings?

MeetinVR is a two-part solution: the first one is a cross-platform VR application and the second one is a web platform which allows users to manage their files. Users can both upload files before the meeting and also download media they’ve created inside MeetinVR. Besides files and content, they can also manage their spaces, upcoming VR meetings and members.

As for casting, in VR it is very easy to do it – simply click on the casting button on the virtual tablet. The screens in the virtual meeting room will now show the file you have selected. Any user can do this. However, you can also share content with others by simply extracting the file and turning it into a 3D object that you can move around, resize or write on.

What are your company’s plans for the future and are you working on an post-launch features for MeetinVR?

We’ve barely scratched the surface of what we have planned for the following years. We are working on exciting new ways in which you can increase your productivity even more but also on providing easier and faster ways to start using VR meetings.