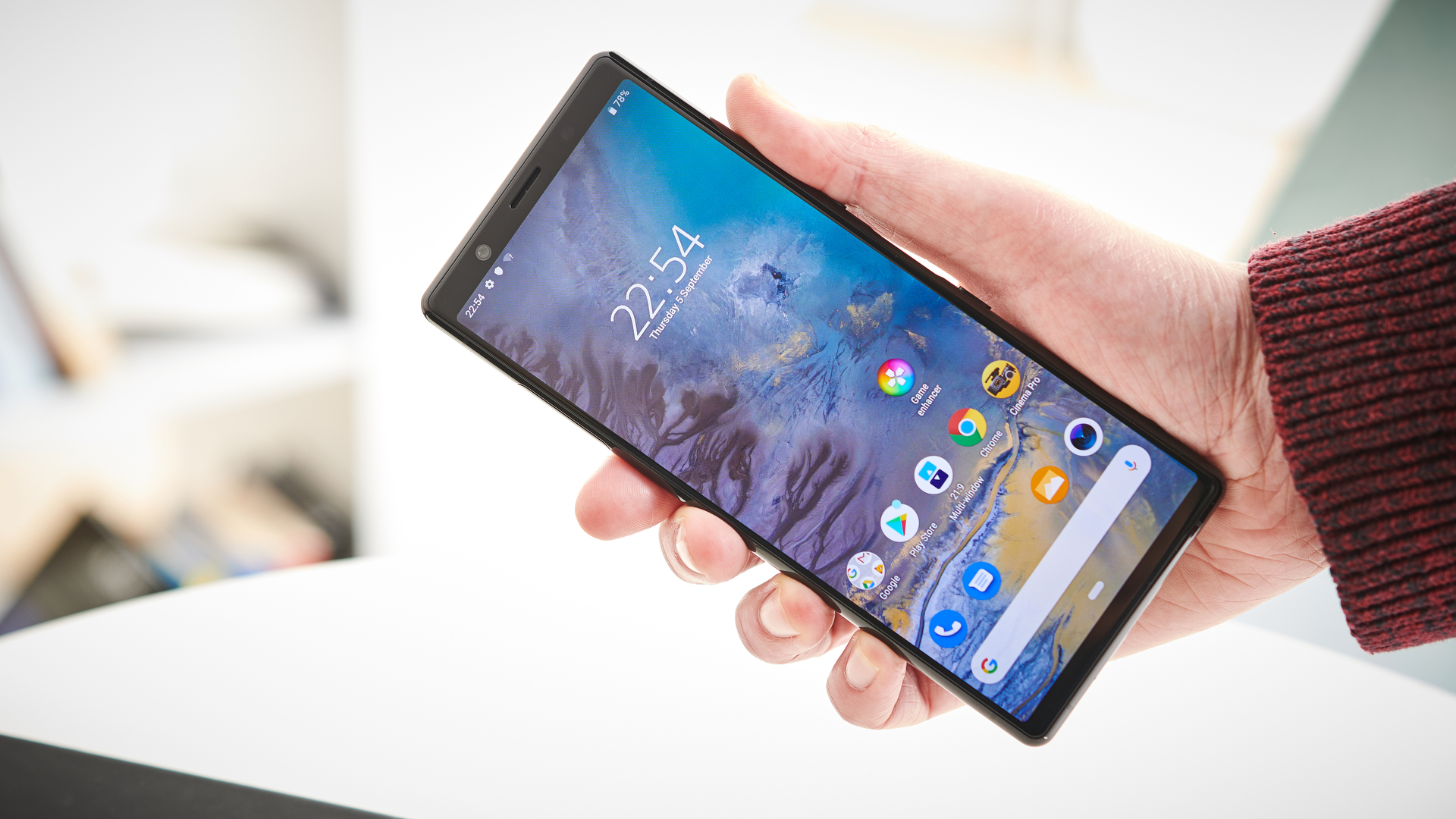 The Sony Xperia 5 II hasn’t been confirmed yet, but we’d be very surprised if we didn’t see it later in the year, given Sony’s general pattern of smartphone releases.

In 2019 the company released the Xperia 1, Xperia 5 and Xperia 10, the first of which was its premium device, the middle was its ‘compact’ mid-ranger, and the last was its budget device, and following the Xperia 1 II (Mark 2) and Xperia 10 II earlier this year, it seems the Xperia 5 II is very likely.

We call the Sony Xperia 5 ‘compact’ because it had a lot of specs in common with the Xperia 1, but was slightly smaller and had a few other tweaks. Therefore the Xperia 5 II will likely be similar to the Xperia 1 II but with a smaller frame and some fixes to that phone’s issues.

Each of Sony’s 2019 smartphones felt close to greatness, but each fell short in their own way, and with the Xperia 1 II fixing plenty of its predecessor’s issues, it’s possible the Sony Xperia 5 II could be the first truly fantastic phone the company has put out in a few years.

We haven’t heard much about the Xperia 5 II from leaks and rumors so far, so before they start to roll in we’ve come up with a wish list for the handset which you’ll find below. We’ve also included our predictions for when we’ll see the device and how much it will cost, along with the few leaks that have emerged.

Since we haven’t heard much on the Sony Xperia 5 II yet, and given that we’re still quite a way off when we’d expect it to land, it’s possible that Sony hasn’t finalized the launch date yet. Saying that, we can make some educated guesses as to when the phone will land and how much it will cost.

The Sony Xperia 5 was announced in September 2019 and released in October, and since the Xperia 1 and Xperia 1 II had somewhat similar release dates to each other in their respective years, there’s reason to believe the Xperia 5 II could come in September of this year.

It’s possible Covid-19 could cause manufacturing issues which result in that launch being pushed back though, so perhaps October or November is a possible option too.

Either way, these are just guesses right now, so we’ll have to wait until the phone’s launch (or some leaks) to have a better idea.

There haven’t been many credible Sony Xperia 5 II leaks yet, but one report does paint an initial picture of the phone, and it comes from leaked @NodSikharulidze on Twitter.

Apparently, the phone will have a 6.1-inch 21:9 screen, so it won’t exactly be ‘compact’ by many people’s definitions save in comparison to the Xperia 1 II’s 6.5 inches. In fact, in terms of design, apparently the Xperia 5 II is very similar to its predecessor, with marginally different dimensions of 157x68x7.9mm.

Specs could differ quite a lot though, as the phone is supposedly set to have the top-end Snapdragon 865 chipset and 8GB of RAM, both of which would  be upgrades. It’s also said to have a 3,800mAh battery, which would be 660mAh bigger than the Xperia 5’s, so that might get it to last quite a bit longer.

The camera meanwhile is said to be a quad-lens one with three 12MP sensors and a time-of-flight one.

Sony Xperia 5 II: what we want to see

Here’s what we want to see in the Sony Xperia 5 II:

Remember when Sony used to make compact, or small, phones? Legend says the company used to, offering easy-to-handle handsets that were great for people who didn’t want pseudo-tablets in their pockets.

Well, the days of phones like that have long gone, even though people were expecting (and hoping) the original Sony Xperia 5 to be like that. But why can’t the Xperia 5 II be like that?

There’s an appetite among phone users for small handsets, given each new phone nowadays is huge, and if Sony offered a small smartphone with all the capabilities of its big ones, people would likely love it.

Now, it’s likely a modern smartphone can’t be too small since it needs to fit a fairly large battery, a chipset, multiple camera sensors and lenses and more inside, but even a sub-6-inch screen size would feel a lot better for many users than a huge one.

Modern Sony Xperia smartphones come with the Cinema Pro app, which turns the smartphone into a mini Sony Alpha camera by letting you shoot video with full control over the various elements like lens, ISO and aperture. It’s great for people who want to shoot movies but don’t want to buy or rent a whole camera for it.

While we’re fans of the Cinema Pro app, the phone doesn’t have any similar editing, sound design or effects apps that would let you make the most of video and turn it into a proper movie. Instead, you’d have to export your footage, ruining some of the magic of smartphone movie making.

It would be great if Sony could design and implement apps like this, or even get third-party options like KineMaster to come pre-installed. The Sony Xperia 5 II will likely have enough processing power for these apps, given Xperia devices usually have top-end specs, so it’s definitely feasible.

Arguably one of the persisting issues with Sony Xperia phones is their price, as they’re often a little more expensive than other devices with similar specs, and as a result we’d imagine many people would decide to buy non-Xperia phones.

Take the Sony Xperia 1 II – it’s a good phone, but in some regions it’s even more expensive than the iPhone 11 Pro Max, yet it’s definitely not as capable as the iPhone in terms of processing power, camera capability and more.

Sony would really win over a lot of potential customers if its phones were priced competitively, and we hope the Xperia 5 II is where it starts to make that change.

Combining this fact with the phone’s high price makes it hard to recommend the phone, since if you’re buying a top-end smartphone you’d expect it to last a few years, and a 4G phone likely isn’t very future-proof at this point.

For us to recommend the Sony Xperia 5 II it would really need to be able to connect to 5G networks everywhere it’s launched, otherwise its slew of contemporaries will all be better buys than it.

The Sony Xperia 1 and Xperia 1 II both have 4K displays, letting people who use them view content in a higher resolution to most other phone users. For some reason, perhaps to cut the cost or because it was hard to implement in a smaller device, the Xperia 5 doesn’t have a 4K screen, but we’d like that to change.

The Xperia series’ main selling point, after all, seems to be the phones’ prowess as entertainment systems, and that use case would certainly be made all the clearer if the mid-range handset in the line had a top-end screen.

This is a little unlikely, as there’s no reason to suggest the things that stopped Sony putting a 4K screen in the Xperia 5 would be solved, but here’s to hoping anyway.