Space exploration is expensive, but it’s worth the price 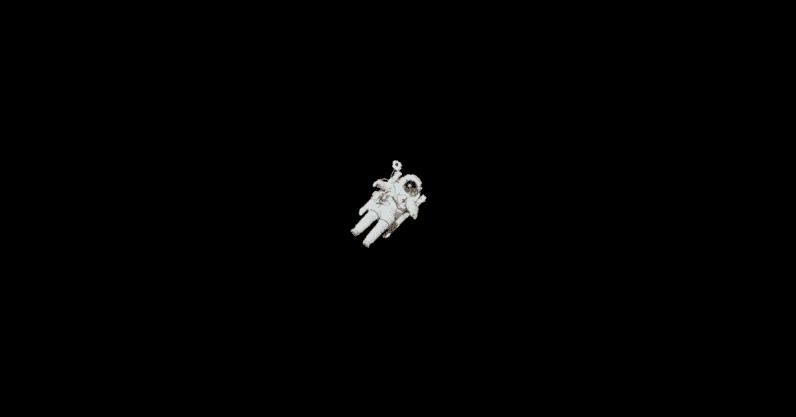 I am one of the few African-American aerospace engineers who helped design the Apollo spaceships that took men to the Moon. My great-grandfather was a slave in Claiborne, Alabama, who used primitive tools to work the land. My father was born in Alabama before the Wright brothers made mankind’s first flight. He lived to see men walk on the Moon, twin robotic biology labs land on Mars, and a fleet of four space probes on their way to the stars. But many black people, like the late Reverend Ralph Abernathy, felt that the money used to make these amazing things happen would have been better spent on helping the poorest descendants of American slaves.

In July 1969, when Apollo 11 took off from the east coast of Florida, I was in the VIP viewing area, 2.8 miles away from the launch pad. It was overwhelming. I yelled: ‘Wait for me!’ Others watching nearby, including the Ethiopian emperor Haile Selassie, responded similarly. Even Abernathy, many more miles away, was overcome with a sense of awe, forgetting momentarily his protest on behalf of the hungry.

I got bit by the space bug as a teenager in the early 1950s, reading Wernher von Braun’s articles in the old Collier’s magazine about sending a fleet of manned spaceships to Mars. Right then, in that pre-Sputnik era, I knew what I wanted to do for the rest of my life.

My teachers and friends laughed. ‘None of that crap will happen – no one will put anything up in space in your lifetime,’ they said, ‘let alone a man.’ But while I was in college, the Soviet Union launched Sputnik, catalyzing the Cold War space race. Still, I often heard, including from my wife’s friends, that the great cost of manned space exploration was immoral when so many in our own country lacked the basics. All I knew was that, like George C Scott’s comment on the carnage of war in the film Patton (1970), ‘God help me, I do love it so.’

I can’t speak for why Elon Musk wants to send people into space. It is clear, however, that he wants to do things with fewer people, and for much less money, than it took to launch the Apollo spaceships and the giant Saturn V rockets.

Maybe Musk had his ‘Collier’s moment’ listening to the warnings from Stephen Hawking regarding mankind’s doom if we don’t get some of us off this planet. Maybe he’s worried that there is something to Fermi’s paradox often mentioned in the SETI community: ‘So, where is everybody?’ (Perhaps Musk thinks that we’re on the verge of nuclear annihilation now that a growing number of crazies have their hands on nuclear weapon stockpiles.) Or maybe he read The Pathology of Power (1987) by Norman Cousins and really got spooked to hurry up to save the human race. I don’t know. But I do know that romantic programs such as Apollo inspire people, and that they bring kids into science and technology, and bring them there for life.

Forty-five years ago, I took two planeloads of inner-city middle-school kids from the Minneapolis-St Paul area to Kennedy Space Center in Florida, the same place where I had stood for Neil Armstrong’s first flight to the Moon. We were there to see Apollo 17, the last Apollo mission, take off. There, the kids got to meet minority scientists and engineers, including Dr George Carruthers, a Naval Research Laboratory physicist who designed and built the astronomical observatory placed on the Moon by the Apollo 16 mission. Carruthers is an African-American. Most of those kids had never heard of STEM (science, technology, engineering and medicine) careers, but many were inspired by that visit to enter various scientific disciplines. Since that time, my associates and I have been in the business of making more ‘talented tenths’, as W E B Du Bois called them in his 1903 essay.

We know that some feel that our efforts and micro-finance initiatives such as Jacqueline Novogratz’s Acumen fund are not capable of putting a dent in massive poverty; especially at a time when we seem to be marching toward a global oligarchy. We also know that in 1948 Du Bois repudiated his Talented Tenth philosophy with concerns that, instead of being helped, the poor would be abandoned by a highly educated class of black, self-centerd Gordon Gekko types worse than Michael Douglas’s character in the film Wall Street (1987).

Musk could, as Andrew Russell and Lee Vinsel have argued, dump his fancy sports car and buy hundreds of thousands of meals for the poor. But then what’s for lunch the next day? I’m from the ‘Teach a man to fish’ school of thought. The Apollo era saw a surge in young people interested in science and technology. It might sound corny, but the romantic aspect of the mission inspired an entire generation. After it was over, this highly educated cohort went on to invent new things, create new jobs, start families, and grow an upwardly mobile middle class. It was a golden age of wide-ranging interdisciplinary research that John F Kennedy’s administration started, and that the world will likely not see again.

That’s why my colleagues and I started science camps and science studios across the United States. It’s why many of us mentor young people. Recently, an eighth-grade girl asked me: ‘Since Mars no longer has a magnetic field, will colonists go crazy like the white rats shielded from Earth’s in Russian experiments … and will you help me replicate that experiment?’ I did help her, and she got the same result – the rats tried to kill each other.

I’ve helped kids from an arts academy go to Paris to compete in an international tech-design competition with a concept to enhance STEM and arts education in poor schools around the world. I’ve helped youngsters from poor rural areas get into nuclear physics research at Fermilab near Chicago, crop-monitoring drone design, and many other fields. The world is full of curious kids, and at least 5 per cent of them are going to address future challenges to help make life better for the rest of humanity.

Finally, it is important to address the recommendation that Vinsel and Russell made to turn away from space in favour of focusing on helping the poor instead. In the 1970s, a researcher I knew at a large Fortune 500 global corporation went on vacation and was moved by the poor housing conditions he saw in South American and South African rural communities. In each place, he found metal Quonset huts donated by well-meaning NGOs. In these climates, the buildings were ovens: no one used them. He noticed, however, that the local clay soil would be ideal for making cooler structures, if only building blocks could be created in a low-tech, low-cost way. His concept resembled a 3D printer. He decided to work on this when he got home.

His company generously allowed employees to do their own research using company facilities. They gave him the entire floor of one of their buildings to work on his ‘Third World Low-Cost Housing Project’. He invented, and patented, a small machine that took Alabama red clay and a resin, and spit out air-filled miniature ceramic pillows. These could then be poured into moulds and cured in a simple oven, before constructing a complete bungalow with perfect insulation. But his company didn’t like his application. They saw no way to make money building housing for poor people. They did figure out a way, however, to make a lot of money selling this machine to the glass-making industry. I got a cylindrical paperweight made of the ceramic pillows.

Years later, while working on setting up an electronic manufacturing operation in India, I became aware of the poor housing situation in the rural steamy southern parts of the sub-continent. I thought of my paperweight. I contacted the company that held the patent and got permission to see if India would be interested in the housing application. I put on a presentation at the Indian consulate in New York City, gave them my paperweight, and all the technical and business contact information to follow up on starting a low-cost high-quality housing program in India. Nothing happened. Maybe it was too boring. Maybe it got lost in the bureaucracy.

Of course, there are still large parts of India with poor housing. But India now holds the distinction of being the only country on Earth to have successfully launched, on their first try, a robotic mission to Mars. Notably, India’s Mars Orbiter Mission, in part because of a very clever trajectory technique, cost only $74 million, a fraction of the $671 million that the last US Mars satellite cost. ISRO (India’s version of NASA) is a dynamic and forward-looking organization doing outstanding things. They are making important contributions not only in space, but also to support important science and technology research, and to bring a new generation of young people to more rewarding and richer kinds of life work.

My reason for writing is that, while I respect Russell and Vinsel’s position and their good arguments against Musk’s Mars program, I also fundamentally disagree. Yes, space costs a lot of money. But it does lead to great new technologies with wide-ranging potential. It’s an inspiration to that talented 5 per cent who will eventually help mankind grow up and walk among the stars. It’s also a lot cheaper than war.

This is a response to the essay ‘Whitey on Mars’ by Lee Vinsel and Andrew Russell, published on Aeon on 1 February 2017.

This article was originally published by Earle Kyle at Aeon and has been republished under Creative Commons.