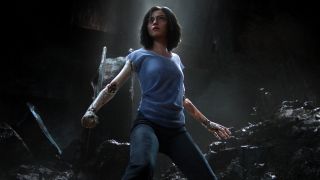 Star on Disney Plus has officially launched in Australia, bringing with it a wider range of movies in the process – including films which are strictly for grown ups.

For those of you who were already existing Disney Plus subscribers, that means you essentially get twice the content for only a minor increase in price, which is exceptional value.

Along with a huge selection of newly added TV shows, the arrival of Star to the Disney Plus streaming service brings with it a vast back catalogue of films from 20th Century Studios, which has a large number of classics in its lineup.

Best of all, many of the movies added have been made available to stream in 4K HDR, which is a nice bonus for those looking to revisit some greats from Fox’s library.

Alternately, you can also check out the full list of Star shows and movies coming to Disney Plus at launch here, but for the sake of curation, here are our picks for the top 10 movies to stream in 4K on Disney Plus Star right now.

One of the most grossly underrated genre films to be released in years, Underwater nails the terror of being trapped at the bottom of the ocean with only killer creatures to keep you company. Inspired by ’80s flicks like Leviathan and Deep Star Six, Underwater brings with it a dark, Alien-style vibe that oozes claustrophobia and despair. That it takes a third-act turn into truly ‘cosmic’ territory is just the icing on the cake.

After over a decade stuck in production hell, James Cameron’s adaptation of Yukito Kishiro’s classic manga Battle Angel Alita finally made it to the big screen under the direction of Robert Rodriguez. The film version, now titled Alita: Battle Angel was not only epic and gorgeous, it was also emotionally rewarding. Chances are we may never get the Alita sequel we deserve, but if enough people stream the film on Star, you never know…

For many ’90s kids, there was no bigger cinematic event than the arrival of Independence Day, a science-fiction epic that put all of humanity up against some very hostile invading aliens. It was the movie that solidified Will Smith as a film star, and which doubled down on the charm exhibited by Jeff Goldblum only a few years after his turn in Jurassic Park. A grand-scale movie that’s packed with charm and heart, Independence Day is blockbuster cinema at its most entertaining.

The Shape of Water

Fan-favourite filmmaker Guillermo del Toro (Pan’s Labyrinth, Pacific Rim) achieved massive awards success with The Shape of Water,  a film which went on to earn several Oscars, including Best Director and Best Picture. A fantasy-tinged romance, The Shape of Water follows a mute cleaner (Sally Hawkins) and her burgeoning relationship with an amphibious creature (Doug Jones) who’s being held captive in the facility she works at. Despite its wild premise, The Shape of Water wears its heart on its sleeve, approaching the material with complete seriousness and conviction, which is what all great films should strive for.

Disney Plus has long been the streaming home of Marvel, but the service’s roster of popular Marvel characters has always suffered from one major omission: Deadpool. Of course, the ‘Merc with a Mouth’ didn’t quite fit with Disney’s family friendly image, but that all changes with the arrival of Star, meaning Deadpool can finally join the rest of Marvel’s lineup without any censoring whatsoever. Pretty f—ing good news if you ask us.

There are countless Christmas movies to stream on Disney Plus, but thanks to the arrival of Star, we now have access to arguably the greatest Christmas movie of all: Die Hard. John McClane (Bruce Willis) is a New York cop who arrives in Los Angeles to attend his estranged wife’s work Christmas party. Unfortunately, the party attracts a number of uninvited guests who proceed to take the entire building hostage. Now, it’s up to McClane to save his wife and stop the terrorists.

One of the most refreshing horror movies in recent years, Ready or Not sees a new bride (Australia’s own Samara Weaving) forced by her wealthy in-laws to take part in a game of hide and seek on her wedding night before she’s allowed to officially join the family dynasty. Unfortunately for her, losing this particular game also means losing her life!

Another grown-up Marvel effort, Logan arrives on Disney Plus Star alongside Deadpool to showcase a grittier, more violent side to the superhero genre. Logan acts as a swansong for Hugh Jackman’s portrayal of Wolverine, the tortured mutant known for his ability to instantly heal and the metal claws that shoot out of his knuckles whenever he or his friends are threatened. In his final outing, Logan is tasked with protecting a young girl (Dafne Keen), who shares his exact abilities, from people who want to capture and exploit her powers.

Director Ridley Scott’s sci-fi horror masterpiece Alien arrives on Disney Plus sporting a glorious 4K remaster which enhances the film’s spectacular art design and creature effects. In the coldness of space, the merchant vessel Nostromo receives a distress signal which they are forced to investigate. Once there, a crew member is attacked by an alien creature. Despite the protestations of acting senior office Ellen Ripley (Sigourney Weaver), the crew member is allowed back on board the Nostromo, unwittingly bringing an implanted alien in with him.

Arguably the most testosterone-fuelled movie of all-time, Predator sees Arnold Schwarzenegger and his totally-jacked team of mercenaries do battle with a killer alien who just loves hunting human beings for sport. Despite the team’s bulging biceps and impressive arsenal, this predator has them mostly outmatched thanks to some impressive alien technology, including active camouflage, thermal vision and advanced weaponry. Arnold is going to need all his wits if he hopes to take this ugly mother down once and for all.