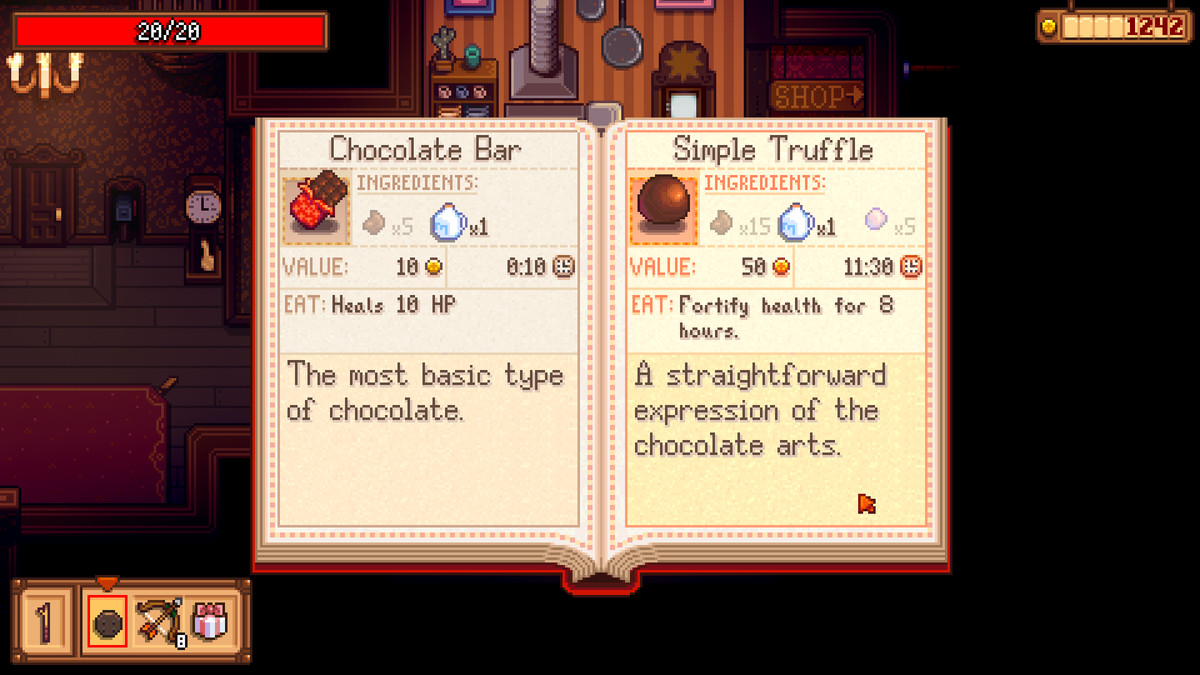 “In this game, you will play as a chocolatier living in a haunted castle. In order to thrive in your new role, you will have to gather rare ingredients, make delicious chocolates, and sell them in a chocolate shop,” the game’s website explains.

The new title looks similar to Stardew Valley in many respects, with Barone’s meticulous pixel art and animations (at least at this stage of development) appearing virtually identical to his previous title. Barone isn’t saying whether the new title is intended as a sequel to Stardew Valley or if it’s set in the same world at this point, though.

In an FAQ on the games website, Barone explains how Haunted Chocolatier is both similar to and different from his previous game, describing the new title as “more of an action-RPG.”

Like Stardew Valley, Haunted Chocolatier is another “town game”, where you move to a new town and try your hand at a new way of living. You’ll get to know the townspeople, achieve your goals and make progress in many ways. All of that is similar to Stardew Valley. However, the core gameplay and theming are quite a bit different. Haunted Chocolatier is more of an action-RPG compared to Stardew Valley. And instead of a farm being the focal point of your endeavors, it’s a chocolate shop.

Haunted Chocolatier has been in development for about a year, and Barone isn’t willing to commit to a release date or even a release window yet. He does note that the title is currently single-player, with no plans for multiplayer, and that the only platform he’s “100 percent certain about” is PC, although he has “every intention of bringing it to the other major platforms as well.” Additionally, like the initial development of Stardew Valley, Barone is making Haunted Chocolatier single-handedly, with plans to self-publish the title.