Tag Yourself: Which of These Incredible LAPD Disses Are You? 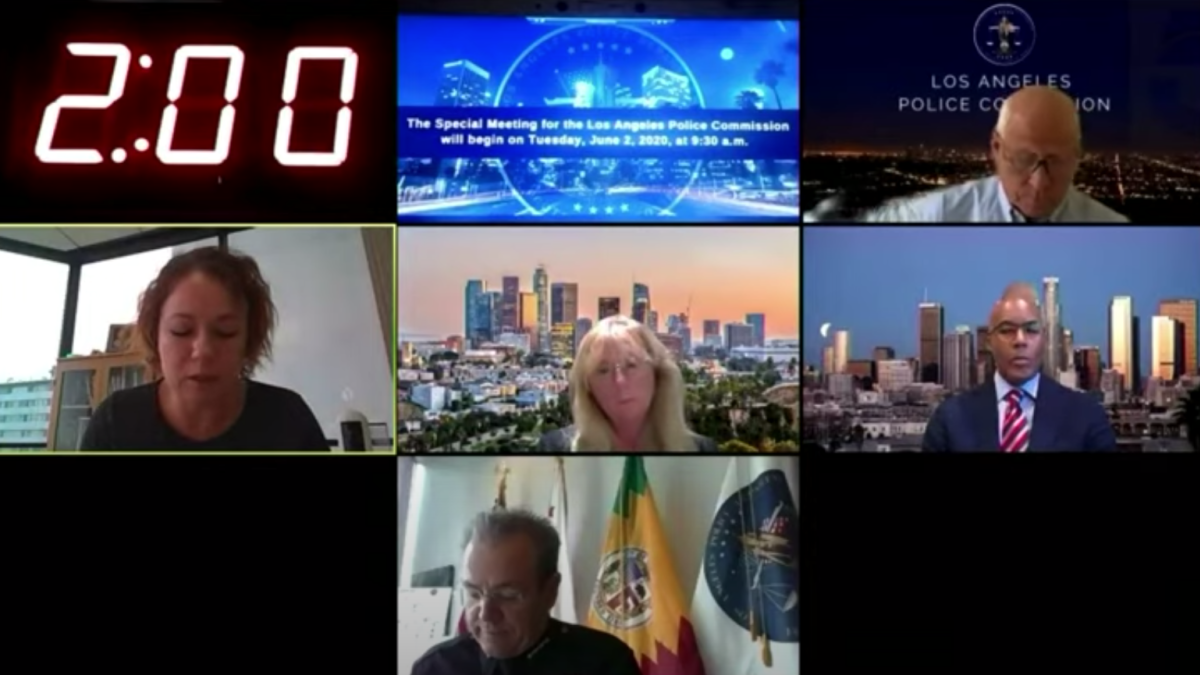 On Tuesday the Los Angeles Police Commission held an online meeting in the midst of Black Lives Matter protests, featuring a public comment section where hundreds of residents called in to express their anger and frustration with the LAPD. And in addition to calls for police chief Michel Moore to resign, who previously said that George Floyd’s blood was on rioters’ hands, the people of Los Angeles unleashed a torrent of savage disses against the police department.

It’s hard to pick a favorite. The prose of a line like “You are a disgrace, suck my dick and choke on it!”, screamed at the top of one’s lungs, is absolutely stunning. I’m also partial to “Go fuck yourselves, see you all in hell,” delivered with the cool monotony of someone placing a delivery pizza order. And how can you not hear “Chief Moore, you have the most racist eyebrows I’ve ever seen,” and not feel a swell of pride for Los Angeles? “I’ve been watching you roll your eyes and offer half-hearted smirks, acting like a teenager who’s falling asleep in detention,” one caller told Moore. At one point even Tony Hawk logged on to call for Moore’s removal.

You can watch the full meeting, which is over eight hours long, and people scream at the LAPD via KTLA 5 here. God, I can’t wait for the remixes that will come out of this audio!