The 10 best phones for seniors null 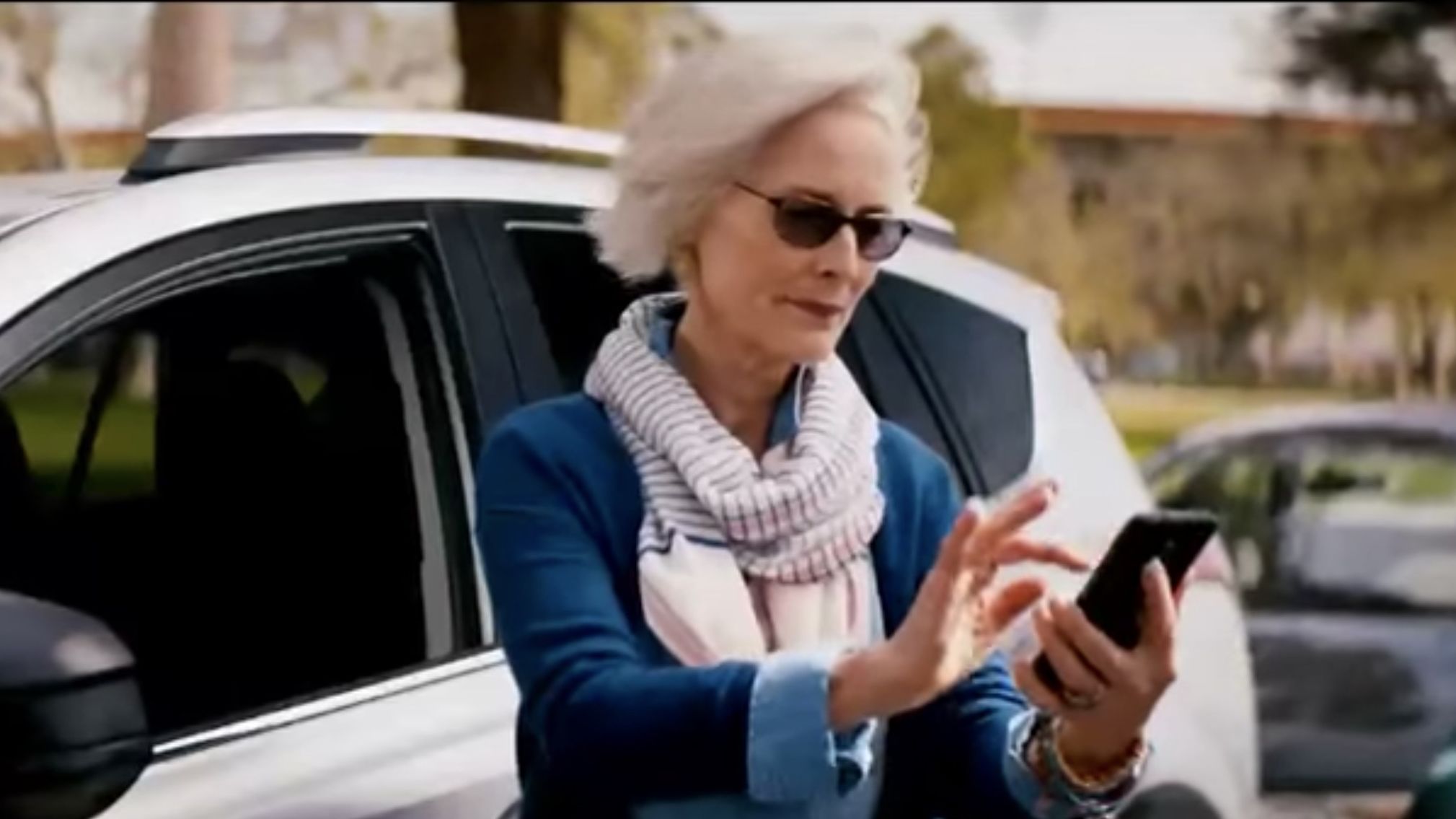 If you need a smartphone to help elder members of your family, or your close friends, connect to our increasingly technological world, the best phone for seniors will help you do that.

A smartphone or feature phone is a really useful tool for creating community, increasing communication and sharing digital moments, especially in a world that’s rapidly learning the benefits of technological connectivity. But not everyone can easily get their head around flashy features, so the best phone for most people isn’t always the best phone for a senior.

It can be hard to know which phone to buy a senior, and the right choice depends on their comfort with technology (and yours, as you’ll probably end up setting it up for them) While there’s no one correct answer, there are a few options you should check out, and we’ll run you through all your options.

Thankfully, there’s a wide range of phones that cater to seniors’ needs that can be great for most grandparents, but if the senior you’re buying a phone for is particularly tech-savvy, some of the best phones out there right now might actually be good for them. Otherwise there’s a range of feature, flip or smart-phones available.

Large and simple displays are a smart pick for any senior, as almost no one has eyes that grow sharper over time. However, the needs can vary from here. Where health is the primary interest, some of the best phones for seniors will feature one-touch emergency response features. Where dropping the phone may be an issue, durability or a variety of available phone cases is of critical importance. No phone comes with everything, though – at least, not yet.

Whatever the situation may be, we have the top phone picks for seniors today, and we’ll make it clear what the advantages of each are.

Pricey for a flip phone

The Jitterbug Flip is a basic flip phone with features made to suit seniors well. It doesn’t have any of the smartphone functionality a more tech-savvy senior might want, but it has large, easy to read interface, simple navigation, and a loud speaker. The result is a phone that’s simple for anyone to use, so there’s no steep learning curve for seniors who aren’t used to cellphones.

A few extra features are made specifically with seniors in mind. The Jitterbug Flip features an M4/T4 rating for hearing aid compatibility. It also has a 5Star button so seniors can quickly get help in an emergency.

If some aspects of the Jitterbug Flip sounded good, but more smartphone features are appealing, the Jitterbug Smart combines senior-focused design with smartphone functionality. Best of all, it offers all of this at a reasonable price.

The Jitterbug Smart has all the typical phone features, plus texting, email and internet access, as well as rear- and front-facing cameras. The 5.5-inch touchscreen display allows for typical smartphone navigation, but Jitterbug has used simple menus for easy navigation. Like the Jitterbug Flip, this model is compatible with hearing aids, earning an M4/T4 rating. And, it supports 5Star emergency response through a pre-installed app.

Only on Consumer Cellular

May be overly simple for some

Just as its name implies, the GrandPad is a smartphone/tablet that offers easy ways for seniors to stay connected. It doesn’t require nearly as familiarity with tablet and smartphone functionality as typical Android and iOS devices require. It rocks an 8-inch, Full HD display with large, easy-to-read menu buttons for simple navigation, and it connects via 4G LTE on consumer Cellular or over Wi-Fi. It can also charge wirelessly on its dock, so you won’t need to worry about keeping track with finicky wires and power plugs.

Relatives can set up and manage the GrandPad for their love ones, populating the contact list with email address and phone numbers. One major consideration here is that this can help screen potential phishing attacks or spam callers, since they shouldn’t be able to reach the GrandPad.

The GrandPad will let seniors stay in touch through email as well as voice and video calls. It also supports a stream of social media, so seniors can see what they’re family members are sharing without needing to have their own accounts.

For the tech-savvy senior, the iPhone SE (2020) might be a great choice, as its an iPhone designed for people who don’t need all the top-end features of the newest Apple smartphones.

The second-generation iPhone SE has similar specs to the iPhone 8 in quite a few areas, but with a few tweaks to bringing it up-to-date with trends in 2020. Its screen quality, camera and design would seem outdated now, but unless the senior you’re buying a phone for keeps up to date with the latest tech, they won’t mind.

Seniors with an iPhone can also benefit from the nearly seamless transition between an iPhone and iPad whenever they might want an even larger screen. For the seniors buying this smartphone, an iPhone SE 2020 case is advisable, to bring extra protection to the phone and provide some useful benefits like somewhere to store cards.

Should have a case

If you want a newer iPhone for the senior you’re buying a handset for, the iPhone XR is a great choice, because it’s slightly more modern than the iPhone 8 Plus. It was the affordable device of its series, and Apple now uses it to bridge the gap between the iPhone 8 and newer handsets in terms of price.

The iPhone XR has a relatively large 6.1-inch display, can be upgraded to the newest iOS operating system (and will be eligible for updates for years to come), and a decent 12MP rear camera. There are also plenty of iPhone XR cases to choose from to protect the handset.

On top of that, there are plenty of colorful iPhone XR options available – it’s not as dull as other smartphones, and whether you want a vibrant red, yellow, coral or blue device, or the more common black or white, there’s plenty of choice.

Powerless charging could be unnecessary

An easy-to-view operating system can be great for seniors, and Samsung’s One UI makes for very easy viewing indeed. The Samsung Galaxy S10e is the budget iteration of its S10 flagship range, so it’s decently affordable, but there are still some useful features here.

The 5.8-inch screen is big enough to make viewing easy yet small enough to use in one hand, so it fits in that perfect sweet spot. The side-mounted fingerprint sensor is also a lot easier than in-screen versions for most seniors, there’s a 3.5mm headphone jack here for wired headphones, and a battery that should get through a day pretty easily. These features would all suit a senior pretty well.

The phone is pretty responsive too, with a top-end Snapdragon 855 processor (well, it was top-end when the phone came out), so you won’t get confused texts frequently asking why the smartphone is taking so long to do things.

‘Simple mode’ for easy use

On the big side

The Huawei P Smart (2019) might seem like an intriguing addition to a list of the best smartphones for seniors, since it’s a little old at this point, but hear us out – we’ve got a few good reasons for its placement.

Firstly, it’s supremely affordable, so you won’t be breaking the bank by buying it. It’s also missing quite a few features that a senior wouldn’t need in the first place, so you’re not losing out by going for an affordable device. Most important, though, Huawei phones have a ‘Simple Mode’ which makes icons and text much bigger, perfect for a senior with less-than-perfect eyesight.

So if you want a decent Android phone for a senior without breaking the bank, while still providing them an excellent experience, this could be the perfect phone.

Motorola’s G or E series phones can be great for seniors, as they have low prices but hardy builds and long-lasting batteries, and that’s certainly the case in the Moto G8 Power Lite.

This phone has a battery that will last you about two days, as well as a big screen to see things on and a body that’ll survive a fair few drops (though there’s no harm in using the case provided in the box).

While the Moto G8 Power Lite doesn’t have a great processor or incredible cameras, a senior likely won’t mind that. The phone is great for people who don’t need top-end specs, especially with that low price.

Pricey for a feature phone

Some seniors might not want all the fancy tech of a smartphone, and senior-branded phones like the JitterBug may go too far toward being easy to use. Enter the new Nokia 3310. It’s a simple, easy to use feature phone with all the basics need to keep in contact with family and friends, and a long-lasting battery to keep the connection going.

The Nokia 3310 supports calling, texting, and even a bit of social media. A basic camera can help seniors share with their family and friends as well. Plus, it’s a durable little phone, so the occasional drop shouldn’t be much of a worry. On top of all that, it’s affordable.

The Alcatel GO FLIP is another simple feature phone with some modern upgrades. While it looks and works like an old-school flip phone, it boasts 4G LTE connectivity (though it’s only available in North America) for fast web-surfing and emailing. That 4G connectivity also allows the GO FLIP to offer seniors better call quality using Voice-over-LTE.

It has a camera for sharing photos and 720p videos. It can be loaded up with music and connected to headphones via a 3.5mm jack as well. For those hard of hearing, it has an M4/T4 rating for hearing aid compatibility.