The $149 Luxe is Fitbit’s most attractive fitness tracker yet 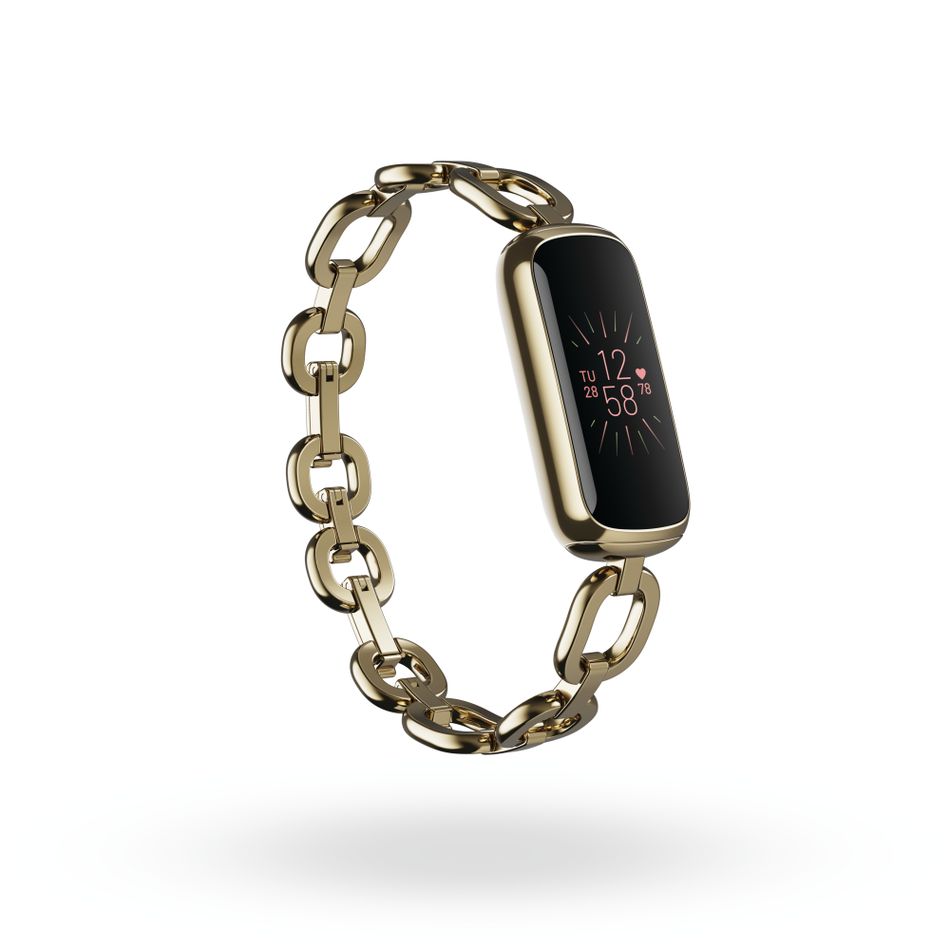 Fitbit finally made a fitness tracker that isn’t ugly: the Luxe. Announced on Monday, the company’s latest device will cost $149.95

Unlike Fitbit’s existing fitness trackers, like the plastic Charge 4 and Inspire 2, the Luxe is made of stainless steel.

There’s a Special Edition version as well, which comes with a gold stainless steel link bracelet and a classic silicon peony band. Seeing as how it’s a fancier version, it’ll set you back $199.95.

It also has a color LED display — a feature that was previously reserved for the company’s smartwatches. It’s a step up from the greyscale OLED display that’s typically featured on its trackers.

In terms of durability, the Luxe is swim-proof up to 50 meters (5 ATM), so you can wear it while swimming laps or in the shower. With an IP68 certification, it can also be submerged in up to 1.5 meters for up to 30 minutes.

The Luxe is free of any physical buttons, which gives it a more streamlined look. To navigate the device, you’ll use a series of swipes and taps to access daily metrics, menus, notifications, apps, and more.

As far as sensors go, it packs a heart-rate monitor to monitor your breathing rate, heart-rate variability (HRV), and resting heart rate (RHR). It also has a 3-axis accelerometer, and an ambient light sensor. There’s also red and infrared sensors to measure SPO2 (aka, your blood oxygen levels), but the feature won’t be available at launch. Fitbit has yet to confirm when it plans on launching it.

The Luxe also features an internal device temperature sensor to track skin temperature variations — which you can see on the Fitbit app.

Speaking of the Fitbit app, it’s where you can access the Health Metrics dashboard which provides you with a Stress Management Score. Using your heart rate, sleep quality, and activity levels, it calculates your physical stress level. If you have a high score, it means you’re showing fewer signs of physical stress.

While the feature was initially limited to the Sense, Fitbit announced it’s now available on the Charge 4, Inspire 2, Versa 2, and Versa 3, in addition to the Luxe.

Those who buy the Fitbit Luxe will also get six months of Fitbit Premium for free. After the free trial, it’ll cost you $10 per month or $80 per year.

When you have Fitbit Premium, the app gives you access to more in-depth daily metrics including your sleep patterns and your levels of exertion based on workouts.

What Luxe doesn’t include is built-in GPS. Instead, it uses connected GPS, which tethers to your phone to track distance. Unlike fitness trackers with built-in GPS, you’ll have to take your phone with you to track milage when you go running, biking, or walking.

You’ll have 20 different workout modes to choose from, including golf, tennis, hiking, and pilates, in addition to the aforementioned ones.

As with Fitbit’s other devices, the Luxe comes with Active Zone Minutes. The fitness metric, first introduced in the Charge 4, is meant to help push you during workouts.

When you’re participating in high-intensity workouts, it tracks your effort via your heart rate zones. For every minute you’re in the fat burn zone (which is considered moderate activity), you’ll earn one credit. When you hit cardio and peak zones during the activity, you’ll earn double the credit.

Of course, the Luxe comes equipped with smartphone notifications. When connected to your Android or iOS device, you’ll receive texts, calls, and app alerts. As for battery life, you’ll get up to five days depending on usage.

Both the standard and Special Edition Fitbit Luxe are currently available for pre-order via the company’s site and will officially hit shelves this spring.

UPDATE: April 19, 2021, 5:55 p.m. EDT An earlier version of this article listed the Fitbit Special Edition’s price as $299.95, but in the U.S., it will cost $199.95. We’ve updated this article to reflect that change. Additionally, Fitbit has confirmed its skin temperature variation feature will be available at launch.