The 15 Best Holiday Movies to Stream This Season 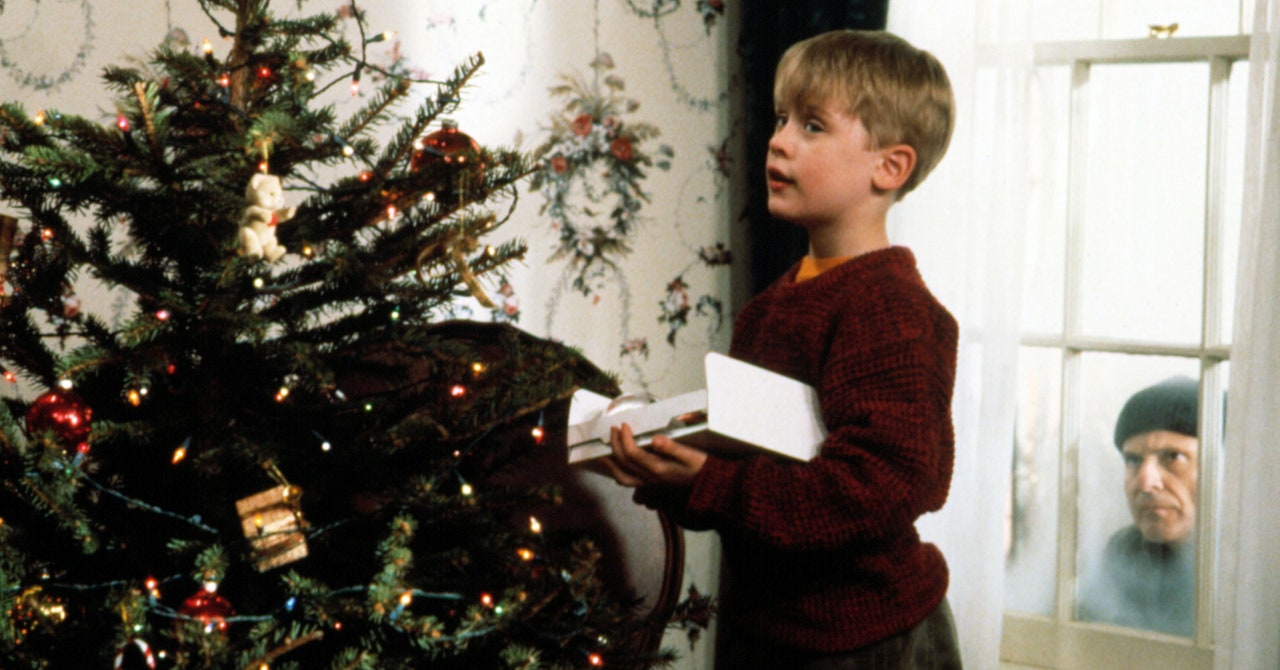 A lot has changed in the last two years when it comes to holiday traditions. Yet one thing hasn’t: gathering around the TV to watch new and classic movies with family and friends. The problem, if it can be called a problem, is that with each new streaming service comes a shift in which streamers offer what films. We’re here to help—and give you a quick and handy guide to a few holiday gems you may never have seen before. Below are 15 titles sure to get even the grinchiest of revelers into the holiday spirit.

Home for the Holidays

If you’re feeling guilty that you won’t make it to your parents’ for Thanksgiving this year, this ode to dysfunctional family gatherings—directed by Jodie Foster—might serve as an all-too-realistic reminder of what it’s really like when your relatives reassemble under one roof. Holly Hunter plays a recently unemployed single mom who heads from Chicago to Baltimore to spend Thanksgiving with her family—only to immediately regret the decision. (Yes, we’ve all been there.) Hunter’s character might summarize the feeling best when she asks, “When you go home, do you look around and wonder: Who are these people? Where did I even come from?” A very pre-Iron Man Robert Downey Jr. costars.

Given the increased output of original products that the major streaming networks like Netflix and Amazon Prime are releasing, it was only a matter of time before they all caught the Christmas bug. Last year, that honor went to Hulu, which assembled an impressive cast of actors you wouldn’t necessarily expect to see in a holiday rom-com (see: Kristen Stewart) for Happiest Season. When Harper (Halt and Catch Fire’s Mackenzie Davis) invites her girlfriend Abby (Stewart) home for Christmas, she neglects to tell her one thing: Harper has never told her ultra-conservative family that she’s gay. Though it’s a setup that sounds like it could easily reach Three’s Company levels of slapstick and double entendres, the earnestness with which it’s played by its stellar cast—which includes Dan Levy, Alison Brie, Aubrey Plaza, and Mary Steenburgen—pushes it neatly into that enjoyable space between farce and family drama.

Where to stream it: Hulu

Broadly speaking, the holidays are just the backdrop for Best Man Holiday, but when a movie features Taye Diggs, Terrence Howard, Harold Perrineau, and Morris Chestnut doing a New Edition dance-and-lip-sync number, does it matter? Nearly 15 years after they all gathered for Lance’s (Chestnut) wedding (and nearly 15 years after the release of The Best Man), a group of old friends gathers in New York to celebrate Christmas together. As with all friend reunions, everyone simultaneously remembers their closeness and long-simmering issues. No need to spoil it here, but suffice it to say the laughs are heartfelt and the drama—cancer diagnoses, pregnancies, marriages—is high. The perfect film for your Friendsgiving.

Where to stream it: Peacock

OK, so we’re not going to pretend that ThanksKilling—a slasher movie featuring a foul/fowl-mouthed turkey and using the tagline “Gobble, Gobble, Motherf*cker”—is the family-friendliest of Turkey Day screenings. But as Christmas movies far outnumber Thanksgiving ones, it seems important to note that this film actually does exist, especially for those who don’t mind a little schlock with their pumpkin pie. If you like what you see here, there is a sequel, ThanksKilling 3 (don’t ask what happened to part 2), which is available to rent on Amazon Prime.

Where to stream it: Amazon Prime

Natalie Wood is the epitome of precocious as Susan Walker, the wise-beyond-her-years daughter of Doris Walker (Maureen O’Hara), a straight-shooting single mom executive at Macy’s who has always discouraged her daughter from buying into make-believe. But when a Santa Claus look-alike (legally) named Kris Kringle (Edmund Gwenn) comes into their lives, he challenges their shared distaste for fairy tales—for the better.

Where to stream it: Disney+

This remake of the 1947 film The Bishop’s Wife, directed by Penny Marshall, stars Denzel Washington as an angel named Dudley sent to help a pastor (Courtney B. Vance) who is struggling to keep his New York City church afloat. What happens, though, is that he ends up crushing on, yes, the preacher’s wife, a one-time nightclub singer turned choir star, played by Whitney Houston. Comedy and heartbreak and, ultimately, redemption ensue. If all that heartwarming content isn’t enough, it also features a fair bit of Houston’s forever impeccable voice.

Where to stream it: Amazon Prime

The Nightmare Before Christmas

No, Tim Burton didn’t direct The Nightmare Before Christmas (Henry Selick did). But he did come up with the stories and characters and produce it, and his stop-motion-animation-loving fingerprints are all over this masterpiece, which works just as well as a Halloween movie as it does a Christmas film. When Jack Skellington, the Pumpkin King of Halloweentown, accidentally discovers Christmastown—a place that’s less about scaring people and more about comfort and joy—he concocts a plan to kidnap Santa Claus and bring him back to Halloweentown so that his fellow townspeople can experience yuletide joy. Perhaps unsurprisingly, the caper doesn’t pan out as Jack had hoped. Even today, nearly 30 years after its original release, The Nightmare Before Christmas remains a masterful work that shows the true magic of stop-motion animation.

Where to stream it: Disney+

By now, there are few people who don’t know the Home Alone story, but we’ll give you the rundown anyway: The night before the McCallister family is headed to France to spend the holidays in Paris, Kevin—annoyed that he has to share a room with his bed-wetting cousin, not to mention that someone ate his pizza—wishes his family would just disappear. While that’s not exactly what happens (they just sort of forget he’s sleeping up in the attic when they wake up late for their flight), it does mean that an 8-year-old is left to his own devices at Christmastime. Among the issues he’s forced to confront? A neighbor he believes might be a serial killer and two bumbling burglars who are set on ransacking his family’s home. Lucky for Kevin, he’s got a seriously sadistic side that allows him to come up with all sorts of inventive ways to nearly murder these intruders as he learns to appreciate his family a little bit more. (Same goes for them.)

If you want to see what happens when a family leaves their young son alone a second time, Home Alone 2: Lost In New York is also streaming on Disney+.