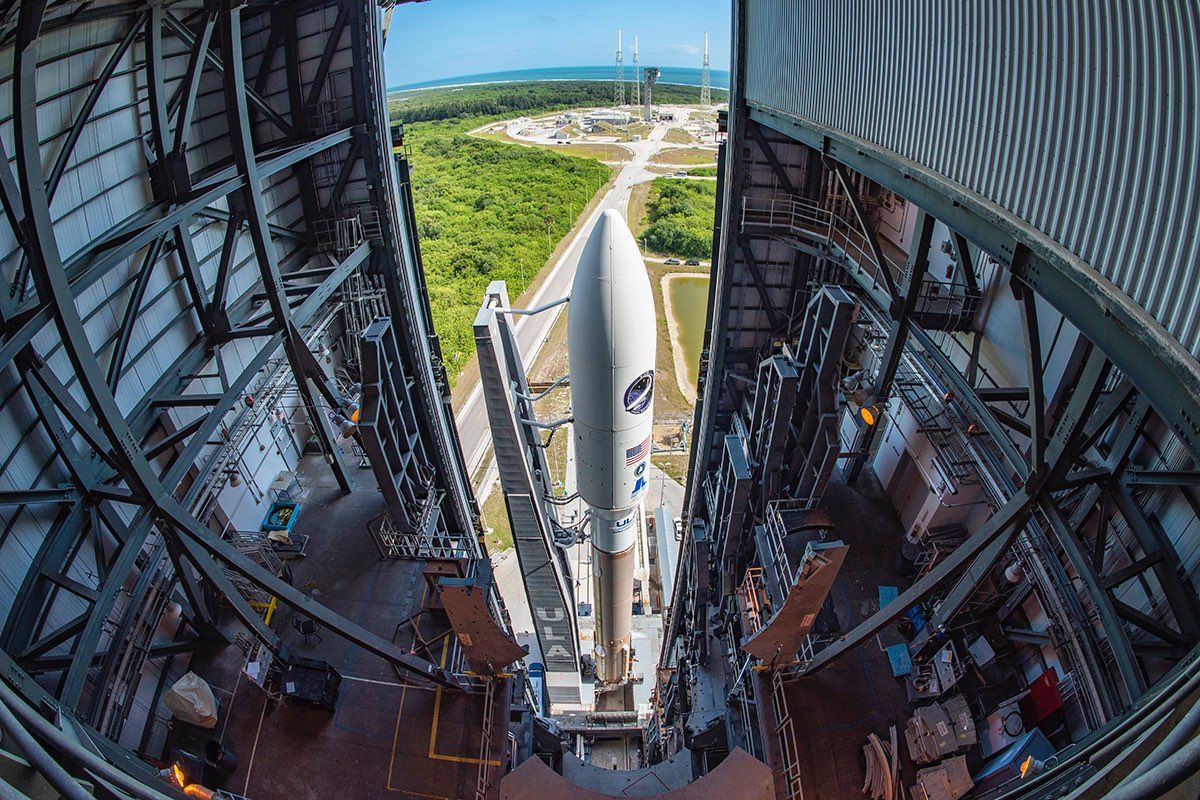 Original Story: The Air Force’s mysterious spy spaceplane, dubbed the X-37B, is headed back to space on Saturday morning for its sixth mission in Earth orbit. As usual with this spacecraft, its exact purpose is a secret, though the Air Force says the vehicle will be carrying a number of experiments on this trip and testing out new systems in space before returning them to Earth.

This launch comes a little more than six months after the X-37B returned home from its record-breaking fifth mission to orbit. The spaceplane, which looks a bit like a miniature Space Shuttle, landed at NASA’s Kennedy Space Center in Florida on October 27th after spending a total of 780 days, or more than two years, in space. That flight marked the X-37B’s longest mission yet in space, and the vehicle has now spent a total of seven years and 10 months in orbit. This upcoming flight could add a few more years to the spacecraft’s total flight time.

“This will be the first X-37B mission to use a service module to host experiments.”

The Air Force claims that the experiments and technology that the X-37B carries “enables the US to more efficiently and effectively develop space capabilities necessary to maintain superiority in the space domain.” This mission will have even more experiments than usual, thanks to the addition of a new service module — a cylindrical structure attached to the bottom of the spaceplane that will be packed with technology to be tested on orbit. “This will be the first X-37B mission to use a service module to host experiments,” Randy Walden, director and program executive officer for the Air Force Rapid Capabilities Office, said in a statement. “The incorporation of a service module on this mission enables us to continue to expand the capabilities of the spacecraft and host more experiments than any of the previous missions.”

While most of the experiments on this flight are kept under wraps, a few of the technologies going up on this mission have been made public. Tagging along with the X-37B is a small satellite called FalconSat-8 developed by the US Air Force Academy that carries five experimental payloads. The spaceplane will supposedly deploy the FalconSat-8 when it reaches orbit. NASA is also sending two experiments up on this flight to study how space radiation degrades certain materials as well as seeds needed for food. And the US Naval Research Laboratory has included an experiment that will “transform solar power into radio frequency microwave energy” that can then be sent to the ground for use.

The X-37B is still considered an asset of the US Air Force, but the newly minted Space Force will be overseeing the mission from launch to landing. The X-37B’s ride into space is the United Launch Alliance’s Atlas V rocket, which has launched this spacecraft on four of its previous five flights. The spacecraft’s last ride was on SpaceX’s Falcon 9 rocket, which launched the X-37B for its fifth mission on September 7th, 2017.

As this launch is taking place during the pandemic, both the Air Force and the United Launch Alliance are including a small tribute to those affected by COVID-19 on this flight. A written message has been added to the side of the Atlas V rocket, reading: “In memory of COVID-19 victims and tribute to all first responders and front-line workers.”

ULA is targeting liftoff at 9:14AM ET on Sunday. The company originally hoped to launch on Saturday, but bad weather forced a launch delay. ULA will provide live coverage of the launch, so if you’re up early this Sunday, you can tune in live to see this mysterious vehicle fly.