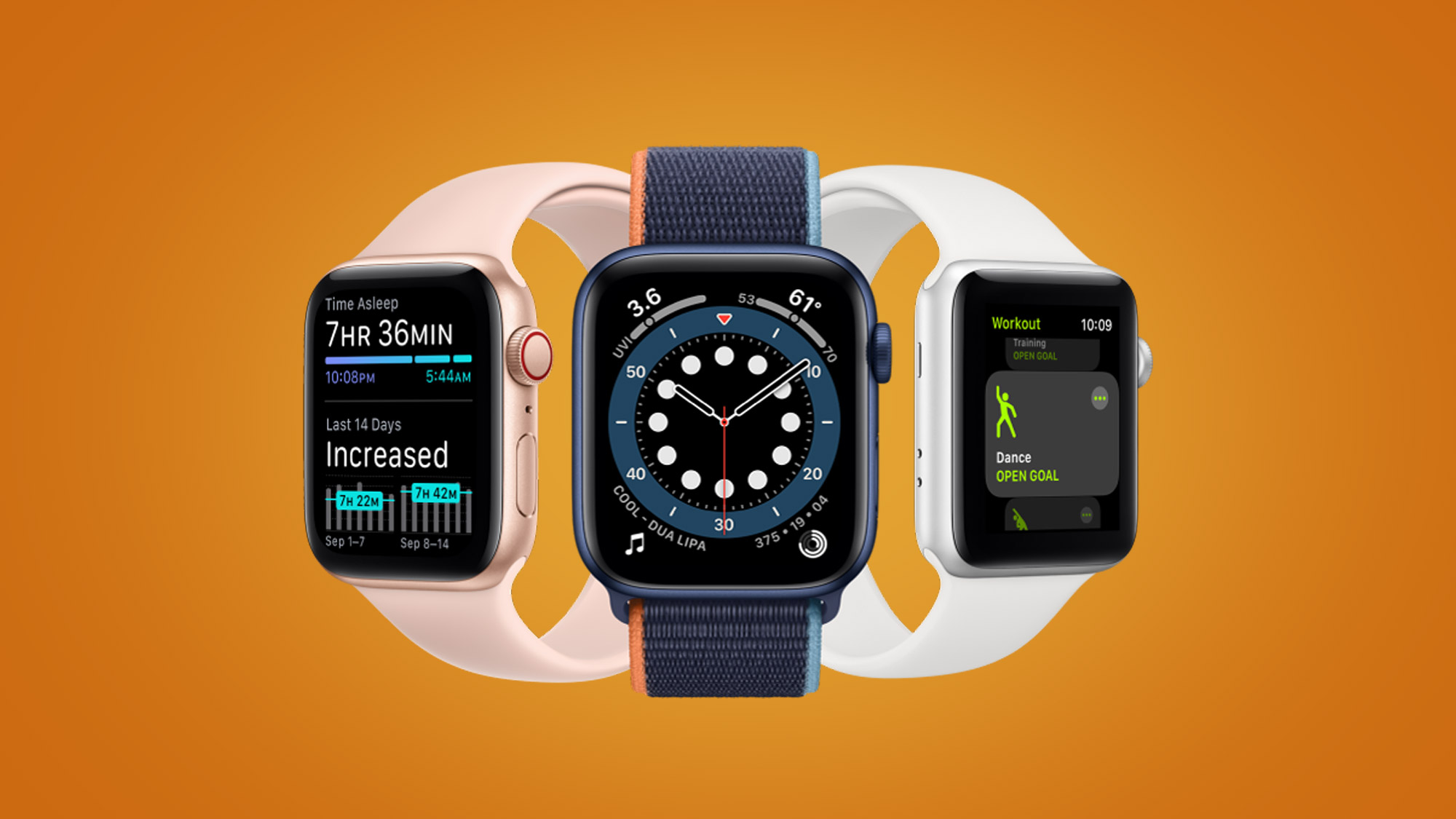 If you’re looking for the best cheap Apple Watch deals, then you’ve come to the right place. We’ve rounded up the best sales available online, which include everything from the 4th generation Apple Watch Series 3 to the all-new Apple Watch 6 and SE. Our guide will not only find you the best Apple Watch deal, but we’ll also help you decide which smartwatch is best for you.

Despite being newer Apple devices, we’ve already seen significant price cuts on both smartwatches. Right now, you can get the Apple Watch 6 on sale at Amazon for $339 – only $10 more than the record-low Black Friday price. If you’re looking to save on the budget SE, Amazon has a nice $10 price cut on the smartwatch bringing the price down to just $269.

The brand new flagship from Apple

The all-new Apple Watch 6 comes with a few key upgrades over last year’s Series 5 – namely a new blood oxygen monitor (with accompanying app) and a brand new S6 dual-core processor, which Apple claims is 20% faster than last year’s model. Aside from these key upgrades, the always-on display is back, but it’s been drastically improved with some neat new controls for notifications, allowing you to interact without fully waking up the watch.

You’re also getting the latest watchOS 7 as standard with both of the new Apple Watches, which is bringing a few new fitness features, and a unique family sharing app that allows activities to be tracked across groups.

A new mid-tier option from Apple

The new Apple Watch SE is the other release from Apple this year as a more affordable alternative to the Series 6, coming in at a starting price of $279 / £269.

New key features include the latest watchOS 7, which will enable this device to access many of the new upgrades the more expensive Series 6 is rocking, but at a more affordable price point. Internally you’re also getting the same altimeter, gyroscope, and accelerometer as the Series 6 – enough for all the main fitness apps, but you’re missing out on the brand new blood oxygen monitor.

All in all, this watch is definitely more stripped down than the fancier Series 6, but considering you’re getting roughly the same amount of power on tap as the Series 5 at a lower price point and the new watchOS 7 – it’s excellent value.

The Series 5 smartwatch now features an Always-on Retina display – fixing one of the users’ biggest frustrations with the previous models. The dimmed display will now display your current watch face at all times, lighting up when the watch detects the same wrist motion that would previously trigger the screen to wake. It also includes new location features like a built-in compass and an updated Map app.

On release, many users started reporting a decrease in battery life quality in the Series 5, an issue that didn’t seem to improve by switching off the always-on display. This has since been resolved with the release of watchOS 6.1, suggesting that the battery-saving features of the always-on display weren’t the issue at fault.

The Apple Watch 5 also offers improved safety features with the ability to make international emergency calls in over 150 countries, even without your iPhone nearby.

A great watch at a lower price

While the Apple Watch 3 was released back in 2017, it still remains a top-tier device in terms of fitness and longevity, with run and cycle tracking on board and a water-resistant casing for swimming, plus the heart rate monitor on the underside. And the LTE version comes with cellular connectivity so you can use it independently from your phone.

You will be losing some of the design benefits of the newer models by opting for this cheaper Apple Watch price. The smaller screen and case size doesn’t hold you back, but there’s a much nicer option on the market with the latest chassis designs. The watch itself is slightly thicker, and runs on an older processor that won’t have you blitzing through apps quite as quickly.

Nevertheless, the Apple Watch 3 still stands as a strong smartwatch solution, especially if you’re looking for something cheaper to use for fitness or music only. It’s far more affordable than the later models while still offering the latest software, and, thanks to Apple’s continued support, it’s generally found at most retailers. Essentially, Apple Watch deals will center around this essential feature set that offers amazing value for money.

Is the Apple Watch price worth it?

Apple’s hardware often comes with a high price tag, and the Apple Watch doesn’t fall far from the tree. That said, if you’re looking for a smartwatch to work with your iPhone no other brand comes close to offering the functionality of Apple’s own timepiece. While the Apple Watch price is still higher than many other brands, you’re paying for integration with a massive number of apps you’re already using on your iPhone. Plus, with all the Apple Watch deals happening and the recent software updates to older models, you can easily grab a great bargain.

+Wide variety of sizes, colors and prices+Incredibly easy to slide onto your Watch

Your Apple Watch literally isn’t complete without the best deals on Apple Watch bands. They make the geeky smartwatch stylish enough to show off to late adopters.

Everyday in the news, we see new cheap Apple Watch bands trying to become the de facto alternative to the more expensive, official Apple Watch bands, and they’re usually just as good. Trust us, buying a trio of third-party, lookalike Apple Watch bands for the price of one official strap is a relief after paying so much for the smartwatch itself.