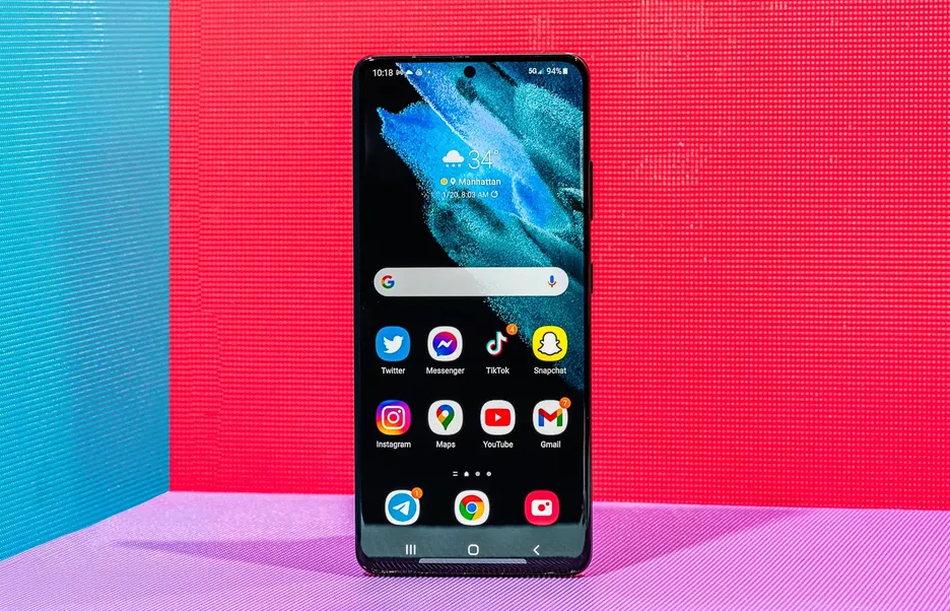 Last year was unusual to say the least, and the first half of 2021 hasn’t been very different, with tech conferences, events, and lavish product launches all canceled (or virtualized) until further notice due to a raging global pandemic.

Still, the smartphone industry has chugged on, delivering some awesome products with slightly less fanfare than unusual. Having launched four new flagships in late 2020, Apple was completely absent from smartphone headlines in the first half of 2021, but Android makers delivered some of their best devices yet.

It’s time to take a look at the best and the most interesting phones that have launched so far in 2021.

Samsung’s 6.2-inch Galaxy S21 may not be as fancy as its larger brothers, the S21+ and the S21 Ultra, but at $799.99, it offers the best price/performance ratio in Samsung’s lineup. The entire S21 lineup of phones is one of the best Samsung has ever produced, with beautiful, crisp displays, fast performance, long battery life, and a really powerful camera.

You cannot expand the storage on the S21 or its brethren, and you won’t find a headphone jack on any of them. That, unfortunately, is true for Apple and Xiaomi’s best phones as well, so it’s hard to hold it against Samsung these days.

Of course, if you prefer a larger phone, you can get a 6.7-inch Galaxy S21+ for $200 more. It has the same processor, a similar display, an identical camera system (both front and back) as the S21, the biggest difference being the size and the bigger battery.

OnePlus is likely just about to launch a new affordable smartphone this year, the OnePlus Nord 2, but it hasn’t yet happened.

Still, the company’s OnePlus 9 just barely takes the cake as this year’s best affordable smartphone. It starts at $729, which isn’t that cheap, but it’s still cheaper than competitive options from Samsung and even Xiaomi, while still offering a great display, 5G connectivity, and (finally) a great rear-camera system. It also offers a bit of extra value compared to phones from Samsung and Apple, such as having a charging brick included in the box.

If you like the OnePlus brand but the OnePlus 9 is still just a tad too pricey for you, maybe wait for the aforementioned Nord 2. It’s probably coming very soon, though its specifications are largely unknown at this point.

Yes, Samsung’s Galaxy S21 Ultra is the best phone Samsung currently has on offer. With a 6.8-inch display, a powerful camera system that leverages two telephoto lenses to get to a stunning 100x zoom, and a massive 5,000mAh battery, it’s the most powerful Android phone currently available (though rival offerings from China have come very close).

Typical for Samsung, the Galaxy S21 Ultra suffers from a feature overload that’ll make your head dizzy — 40-megapixel selfie camera, anyone? — but if you really want the most powerful phone around, you’ll have to endure a bit of a learning curve.

It does start at $1,199.99, so you should only consider it if you really need the best camera you can get on an Android phone.

It’s a pity that Huawei’s still blacklisted by the U.S. — the company makes some really good hardware, but the software lets its newer phones down due to compatibility issues (Huawei cannot use newer versions of Android or Google services on its phones).

Still, despite its shortcomings, the Mate X2 is notable because of its amazing camera system and clever design that makes it easier to use and comfier to hold than any other big foldable smartphone.

The Mate X2 has a beautiful, 8-inch display when opened, as well as an external, 6.45-inch display that’s just a little bit narrower than you’d get on a standard, non-foldable smartphone. Samsung’s Galaxy Z Fold 2 is similar in size and design, but its displays are just a tad smaller (7.6 and 6.23 inches), and it’s roughly 2mm thicker when folded.

The Mate X2 is only available in China and the $2,784 price is, frankly, nuts, so this is not so much a phone you should consider buying. It’s more of a technology showcase that might one day trickle into reasonably priced devices.

Xiaomi’s Mi 11 Ultra is, by far, the company’s most powerful smartphone. Not only does it have a massive 6.8-inch AMOLED display with a 120Hz refresh rate, a Snapdragon 888 processor, and a 5,000mAh battery (just like the Samsung Galaxy S21 Ultra), it also has an over-the-top rear camera system with too many megapixels to count (alright, we’ll count them: two 48-megapixel sensors, a 50-megapixel sensor, and 5x optical zoom).

Also, unlike some Xiaomi flagships in the past, the Mi 11 Ultra doesn’t lag in details like wireless charging or water and dust resistance. The Mi 11 Ultra truly has nearly all the features you can ask for from a flagship device.

The phone performs well, but the camera doesn’t beat Samsung’s best cameraphones, meaning the Mi 11 Ultra is a little short of taking the crown for best overall phone. However, it does win on extras: How about a secondary display on the back that doubles as a selfie viewfinder? It all costs a lot of money ($1,299 and up, depending on the configuration), so only go for this one if you really need the extra features.