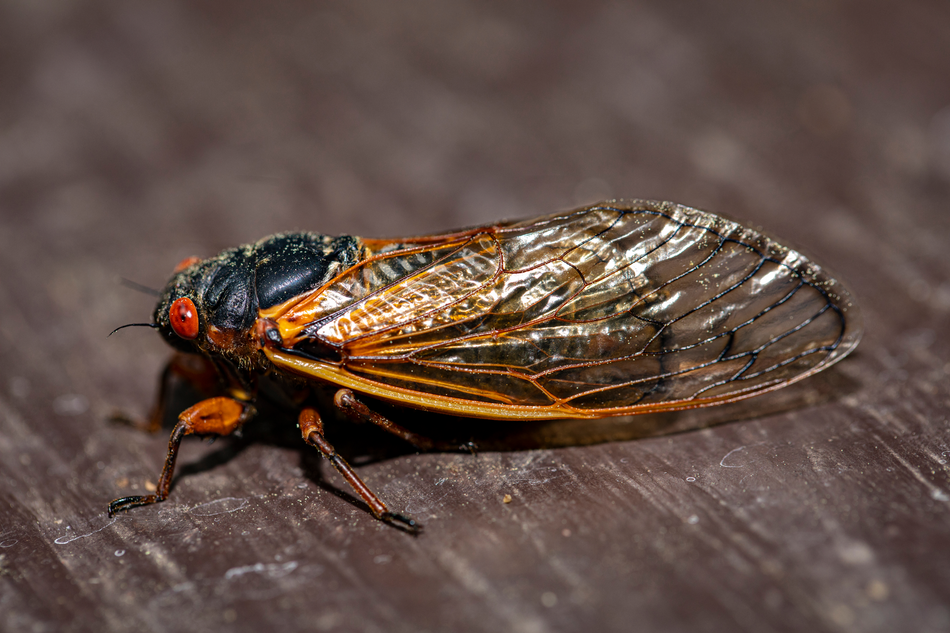 The sound of millions of cicadas is so deafening that George Hamilton, an entomologist, has even heard them over the rock and roll music blasting from his car speakers.

In different regions at different times, there are massive emergences of cicadas from the ground in the U.S., where for 17 years they feed on plant roots. One of these grand emergences of cicada populations, known as Brood IX, is now mostly happening in parts of Virginia and West Virginia, and will last through mid-June. After years underground, the insects crawl out en masse to mate, lay eggs, and die over the course of just a few weeks. The male cicadas sing (by vibrating their abdomens) to attract mates.

The huge emergence is not nearly an invasion (like, say, the invasive giant hornet potentially establishing itself near or in Washington), but a display of an awesome natural event. Cicadas are native species, a feast for animals in the woods, and they don’t bite, sting, or threaten humans.

“It’s not much of an invasion,” Day added. “It’s an emergence of what was already here.”

“All of a sudden you’ll see a hole appear and these insects will come crawling out of the ground,” said Rutgers’ Hamilton, the chair of the Department of Entomology at Rutgers University. After emerging, the cicadas split open the back of their exoskeleton and slide out. Then, they transform. “They go through a color change,” explained Hamilton. “They go from a white to a blackish-blue body.”

“It’s not much of an invasion.”

The cicadas’ time above ground culminates with them laying eggs in tree branches. Around six weeks later, nymphs emerge, fall to the soil, and burrow into the ground, where they stay for 17 years (some species stay underground for less time, including dog-day cicadas, which appear every year). The egg-laying, by splitting open branches, can certainly cause economic problems for those in businesses like apple-growing or nurseries, but there isn’t widespread agricultural harm caused by cicadas, like the ongoing locust outbreaks in Africa and Asia.

For those who can’t tolerate the sound, at least the emergences are relatively rare. “There’s nothing you can do,” said Hamilton. “You just have to put up with the noise once every 17 years and then it’s all over.”

The emerging cicadas, which can have up to 1.5 million individuals per acre, are a great boon to the natural world.

“Birds snatch them up, mammals easily spot them, and insect predators consume their fill,” said Robert Furey, a behavioral ecologist and entomologist at Harrisburg University of Science and Technology. “Every predator with a taste for cicada flesh takes advantage of the easy prey.”

The cicadas don’t mind that they’re highly visible, with shiny black bodies and vivid red eyes. They have profound strength in numbers, so most aren’t gobbled up. “If you are one of 1.5 million cicadas, the odds really are in your favor,” said Furey. It’s a “spectacular example” of an anti-predation strategy known as “predator satiation,” he said.

Though today’s cicada emergences can be enormous, they likely used to be even bigger. That’s because they depend on tree roots to survive, but in many areas there are now fewer trees or less forest, but more roads, buildings, and development. “We have taken away their food,” said Hamilton, noting urbanization in New Jersey. “There used to be many more.”

But in parts of western Virginia, Brood IX is certainly flourishing. Trees are abundant, and timber harvesting is done in a pretty sustainable way, noted Virginia Tech’s Day. “It leaves lots of area for the cicadas to perpetuate,” he said.

For those interested in experiencing this year’s brood, traveling and vacationing over long distances is certainly difficult (and unadvised) during a historic, ongoing pandemic. But cicada experts emphasize that a different brood, Brood X,  is scheduled to emerge from its underground realm next year. It’s a big brood, too, extending from near Washington, D.C. to upstate New York, and even west to Illinois.

In a modern world rife with extinctions from the likes of habitat destruction, invasive predators, and accelerating climate change, the great cicada emergences are a robust breath of wild, rich air from the natural world.

It’s a poignant reminder that insects are foundational to the food web, and a dominant part of our lives. They’re not invading. They’re a fundamental part of the world.

“People always ask me, ‘When are the insects going to take over the world?'” noted Day.

“They already have,” he said.