The Civilized Model 1 Bridges the Gap Between Bike and Moped 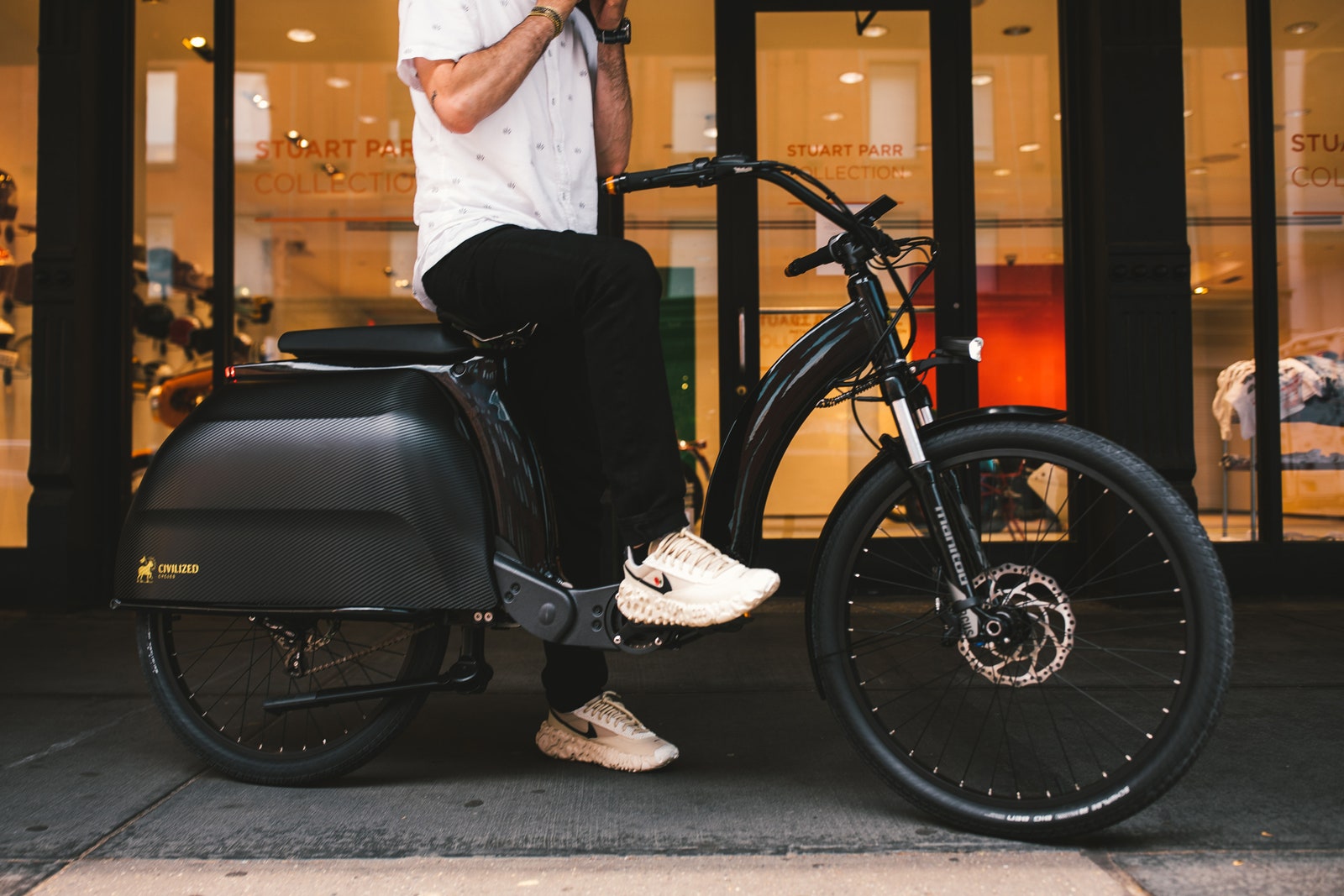 I’m sitting on Civilized’s Model 1 electric bike, and it feels like a painfully slow teeter-totter. The rear suspension starts to hiss—psssssss. Air escapes from the shock absorber underneath the bodywork. The bike’s back end starts to sink, all the way down, until the suspension bottoms out and stops. The on-board air compressor kicks in. It sounds like a tiny jackhammer. The bike’s rear ends starts to puff up again and rise.

As flashy as it is, it only takes 10 seconds to set the pneumatic, self-leveling rear suspension on Civilized’s Model 1 electric bike. It’s elegant, but it’s still a working bike designed to carry two people—or one and a child seat—and a load of cargo in its expandable pannier bags. Adjusting the bike’s suspension as you add or subtract passengers and cargo keeps the ride quality consistent because the system is always using the right amount of shock stiffness for the weight it’s carrying. It’s like Goldilocks—the suspension is always juuuust right. And it really works—just not for everyone.

Before I brought the Model 1 home, I took a test ride around the Brooklyn Navy Yard with Civilized’s founder, Zachary Schieffelin, on the back seat. I aimed for every train track crossing and pothole—you know, for testing’s sake. The Model 1 soaked them all up, even with 330 pounds of mankind riding on top of it. With its wide tires and powerful electric motor, the Model 1 reminded me more of carrying a passenger on my motorcycle than carrying one on any bicycle I’ve ridden.

However you combine it, the bike can carry 400 pounds total. Two adults could load up the pannier bags (at 25 pounds in each bag) and still cruise along at well over 20 miles per hour. Most cargo bikes have a comparable capacity—our current favorite cargo bike, the Tern GSD, can carry up to 440 pounds—but unlike most other bikes, the Model 1 will adjust itself every time for new weight once you go through the routine. It also comes with a handy double kickstand in the center, instead of a less-stable single-leg kickstand.

When the plastic hard-sided pannier bags are closed, they each hold a reasonable 20 liters of cargo. The battery and charger mount inside, and there’s an integrated three-digit combination lock on each pannier so you can store things in them, like a car trunk. You can also open the plastic shell to expand them to up to an 80-liter capacity. That’s enough for a full week’s grocery run, although they’re less secure from theft with the fabric section exposed.

Depending on the power settings and rider weight, expect 25 to 30 miles on a full charge. That’s really low for an ebike, especially one at this price, but would be enough for commutes, errands, and coffee runs if you live in a city and don’t try to take it for an all-day ride without charging. There’s room to mount a second battery in the other pannier bag that will double the range. You can charge a device from the USB ports in the battery, as well.