The Coronavirus Has Warped All Sense of Time 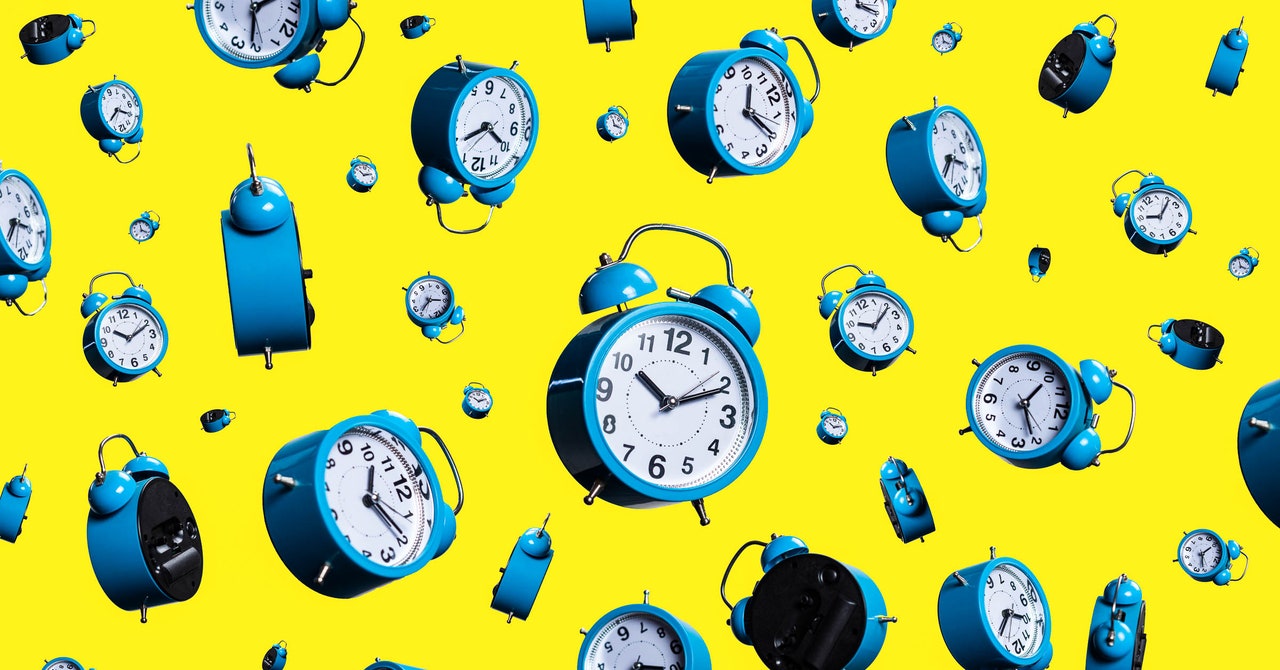 And in the case of extreme boredom. When nothing is changing, our experiences of time become excruciatingly slow. One study, which punished a group of 110 undergraduates with an assignment to circle the numbers on sheets of papers, found that those who reported feeling bored grossly overestimated the amount of time they’d spend on the task.

Those studies measure time perception in terms of seconds or hours. The pandemic’s scale stretches out further, to weeks and months at least. In the US, some states have been sheltering in place for nearly two months, a period that can feel at once both painfully long and, in hindsight, like almost nothing at all. Getting a handle on time proves slippery and elusive. Especially, LaBar says, if you’re stuck at home day after day. “The brain likes novelty,” says LaBar. “It squirts dopamine every time there’s something novel that’s happening, and dopamine helps set the initiation of the timing of these events.” In this model, the brain clocks those novel experiences, stashes them away as memories, and then recounts them later to estimate the passage of time. No novelty, no dopamine—and then “perceptual systems don’t bother encoding stuff,” says LaBar.

Claudia Hammond, a journalist and the author of Time Warped: Unlocking the Mysteries of Time Perception, calls this the “holiday paradox.” (This is “holiday” in the British vacationary sense, not the American “when will Thanksgiving family dinner end” sense.) “When people go on holiday, they say it goes really fast. You get halfway through the week and you’re suddenly thinking, ‘I can’t believe we’re halfway through,’” she says. “But when they come back, it feels like they’ve been away for ages.” Those vacations are often filled with new experiences, and a break from the normal routine. Even “staycations” might involve visiting a local museum you never had time to check out before. Such adventures provide a whole slew of new memories to look back on—more than you might have in a usual week.

A “quarantine paradox,” if you will, might apply the same logic. Days spent shut indoors might feel long but add up to very little in hindsight, making the months of repeat routines feel very short. Those who are on the frontlines of the crisis, meanwhile, may find their days moving at breakneck speed, but find each passing month longer than the last, as each memory stacks up against the next. Unmoored from the usual rhythms of our daily lives, time feels elastic, stretching infinitely ahead and then, without warning, snapping back.

In Time Warped, Hammond tells the story of Alan Johnston, a BBC reporter who was held captive by Palestinian guerrillas for four months. He could count the calls to prayer five times a day, but lost any sense of how long he had been in captivity. “Suddenly time becomes like a living thing, a crushing weight that you have to endure,” Johnston told her. “It’s endless, since you don’t know when you’re going to be freed, if ever.”

Sheltering at home isn’t imprisonment—not even close, despite what some protesters may claim. But Johnston’s words can still resonate. This pandemic is lined with uncertainty, from what the virus will do this summer to when there will be a vaccine, and we’re stuck in the middle of it. Or maybe still the beginning. Or maybe closer to the end. No one knows when this will be over, or what the world will look like on the other side. Our experience of time isn’t just different because we are fearful or bored, cooped up or overworked. It has changed because we don’t yet know what to measure it against. Coronatime has no scale.

“Time” has become a stand-in for all that we cannot control. It is both the breakneck speed at which things are changing, and the burden of how much is staying the same. We are scared this might go on forever. We are scared it might end too soon.