The Debate Over Burning Dead Trees to Create Biomass Energy 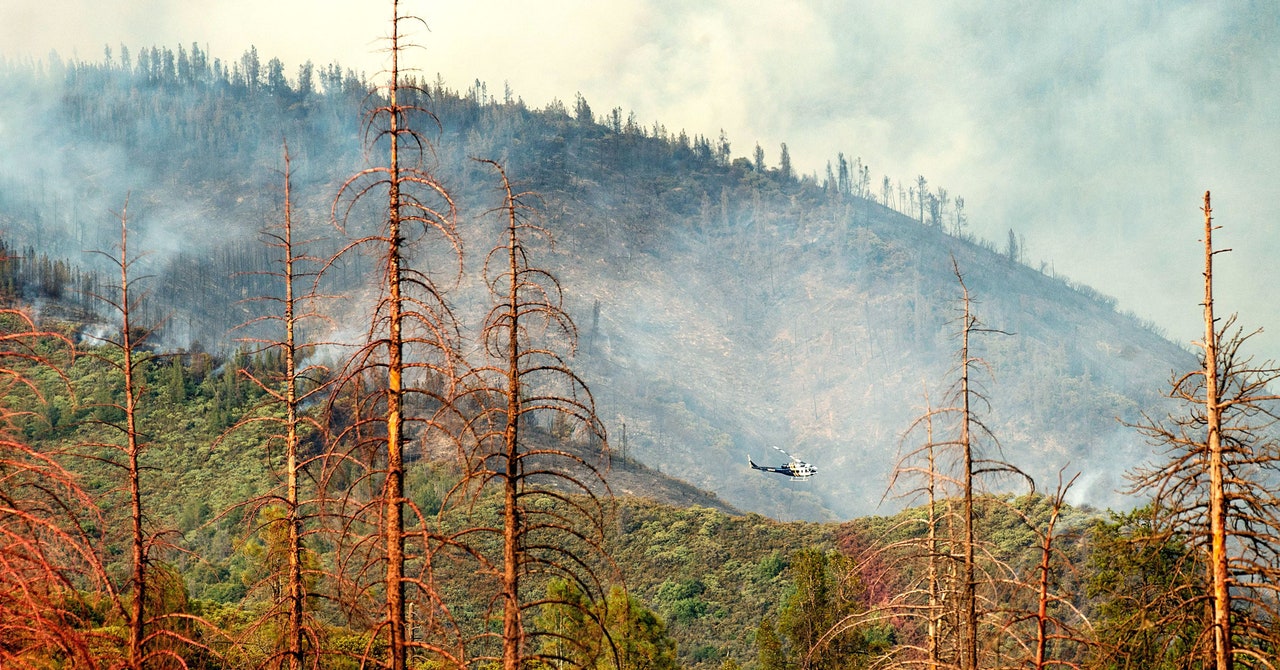 This story originally appeared on Yale Environment 360 and is part of the Climate Desk collaboration.

Jonathan Kusel owns three pickups and a 45-foot truck for hauling woodchip bins. He operates a woodchip yard and a 35-kilowatt biomass plant that burns dead trees, and he runs a crew marking trees for loggers working in national forests. Those are a lot of blue-collar credentials for a UC Berkeley PhD sociologist known for his documentation of how the decline of the timber industry affects rural communities.

What drove Kusel into a side business—logging small and dead trees and burning them in biomass boilers—is fear of fire. In 2007, the 65,000-acre Moonlight Fire blew flaming embers onto his lawn near Taylorsville, California, as he readied his family to evacuate. Last September, the Walker Fire scorched 54,614 acres just up the valley from the offices of the Sierra Institute for Community and Environment, the nonprofit research organization Kusel founded in 1993. In that 12-year span, wildfires burned 690 square miles in the northern Sierra Nevada.

Drought, a warming climate, and bark-beetle infestations have also killed 147 million California trees since 2013, most of them along the Sierra spine running south from Kusel’s home base past Lake Tahoe and Yosemite National Park to Tehachapi Pass, 75 miles north of Los Angeles. Scientists say these trees are poised to burn in California’s next round of megafires, threatening the range with blazes so intense they will leave some places unable to establish new forests.

Kusel, 63, is one of a growing number of citizens and officials anxious to put those trees and their thick undergrowth to use before they ignite large-scale wildfires, pollute the air with choking smoke, and release large amounts of CO2. His institute has invested in logging equipment to supply wood chips to community biomass facilities, which burn them to produce heat and electricity. This is low-value vegetation that would have burned in natural fires a century ago, before the US Forest Service began suppressing fire.

“If we can’t figure out what to do with the lowest-value material, we will fail at restoring our forests,” says Kusel.

Biomass projects such as Kusel’s are controversial, especially in the Southeastern US, where states have rushed to convert forests into pellets for export to power plants in Europe. That market opened up after a much-criticized European Union decision to categorize biomass energy as a form of renewable energy.

As production has nearly doubled at facilities from Virginia to Florida, large-scale logging has had a major impact on Southern forest ecosystems, among the most diverse in the country. More than 35 million acres of natural forests have been lost, replaced by 40 million acres of single-crop pine plantations; local species extinctions doubled between 2002 and 2011, according to the Dogwood Alliance, an environmental organization protecting Southern forests. The American Lung Association and numerous health organizations blame biomass burning for a sweeping array of health harms, from asthma to cancer to heart attacks.

Kusel and others contend, however, that the West’s fire-prone ecosystems make biomass utilization fundamentally different. Kusel’s projects utilize dead, diseased, and burned trees, along with the small-diameter green trees that he says overcrowd forests and contribute to fire danger. But where Kusel sees ecosystem benefits, jobs, and cleaner air, some conservationists see overcutting that destroys wildlife habitat, removes carbon-storing trees, and releases even more carbon by burning them. “For the climate it’s a double whammy,” says Shaye Wolf, climate science director for the Center for Biological Diversity.