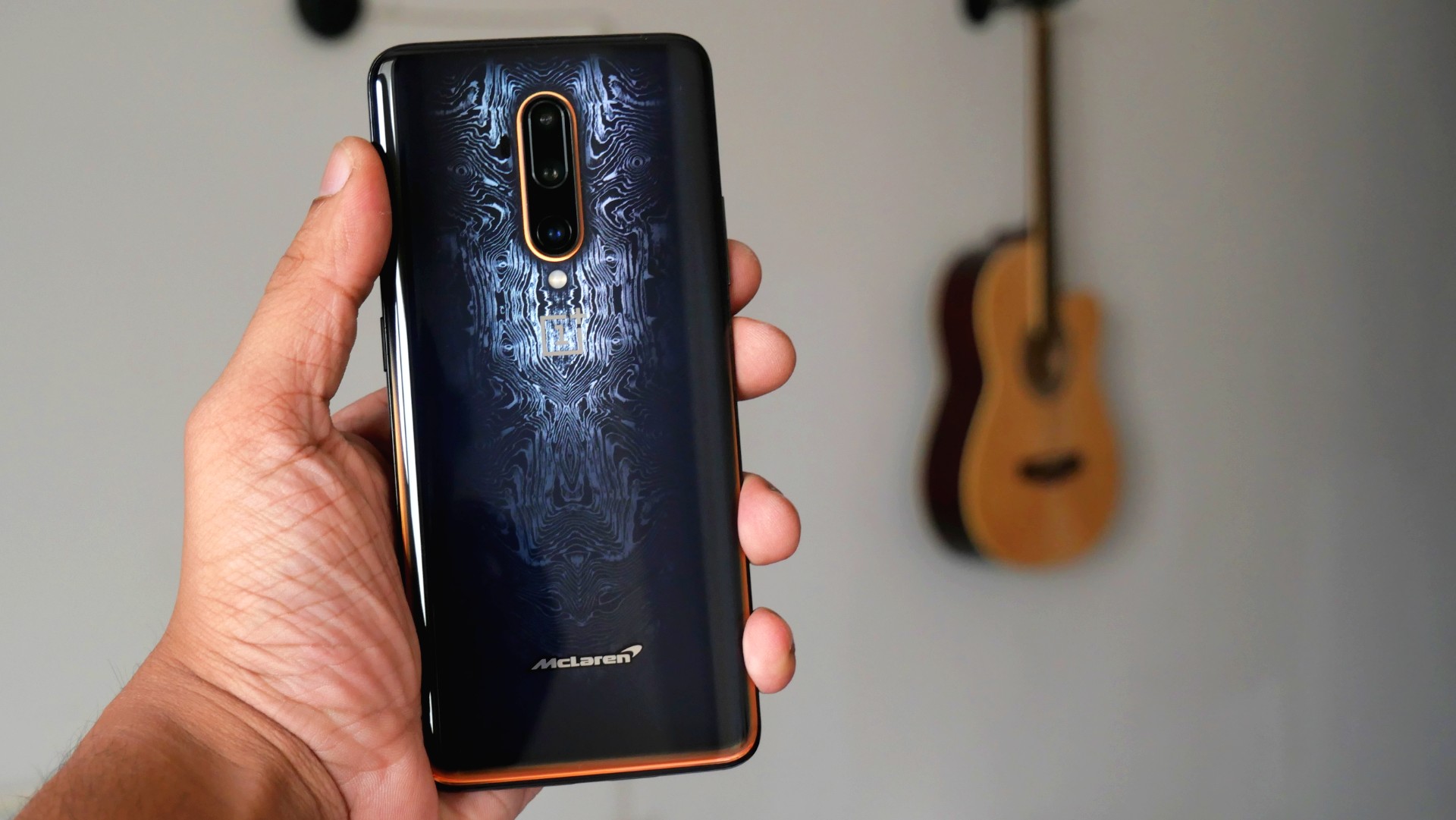 On December 11, 2018 I made the early-morning journey across London and out to the McLaren Technology Centre. The gleaming, pristine, lakeside headquarters of the supercar manufacturer welcomed the arriving media, but what I was there to see wasn’t a vehicle.

A shame, as I’d love to get behind the wheel of a McLaren, but I was there for a smartphone launch. This wasn’t just any smartphone launch though, something felt a bit special about this particular event.

As we made our way down the spiral staircase into McLaren’s Batcave-like underground Thought Leadership Centre the grandeur and excitement levels increased. A partnership between an up-and-coming handset maker and one of the most technologically advanced performance firm’s on the planet – now that had the potential to be really exciting.

We filed into the circular, Star Trek Holodeck-like presentation room, took our seat in one of the large swivel chairs, marveled at the sheer number of screens at each seating position and watched the reveal.

We then made our way back to the atrium to be greeted by personalized podiums, atop of which sat review units of the OnePlus 6T McLaren Edition. My podium had my name on in, and the box for this special edition didn’t disappoint.

As I wrote at the time: Slide the black box, with its carbon fiber texture effect, out of the papaya orange sleeve, and open it up and you’re greeted by a book titled Salute to Speed. Pull it out and set it aside for a moment, and it will reveal goodies beneath.

There’s a charging block, charging cable and 3.5mm adapter all finished in orange, alongside a carbon fiber effect case and a card with a message from OnePlus CEO and founder Pete Lau.

Under the case there’s another special edition treat, a McLaren Speedmark logo made from the carbon fiber used in the firm’s Formula 1 car. It’s encased in glass, so you can show it off to friends at home.

Then you got to the phone itself. A flash of McLaren’s iconic Papaya Orange hue on the back, a custom wallpaper, more RAM, faster charging and a higher price tag were the only differences between it and the standard OnePlus 6T.

It was still a great phone at a good price, but the payoff didn’t match the build up.

This wasn’t the first time we’d seen smartphone manufacturers team up with automotive brands. BlackBerry made a number of highly-price Porsche Design handsets before the German automaker switched to Huawei for three more phones during 2018 and 2019 – the Mate RS, Mate 20 RS and Mate 30 RS.

Meanwhile, Oppo teamed up with Lamborghini in the middle of 2018 to bring us the costly Oppo Find X Lamborghini.

Along with OnePlus, these smartphone makers were keen to get their brand out to an even wider audience as they attempted to tackle the dominance of the likes of Apple and Samsung in an ever-increasingly crowded market.

However, it seemed that none of them managed to really harness the possibilities of the car firms they were working with – especially OnePlus.

If you’re not going to utilize any of your partner’s technology in a special edition handset bearing both of your names, and instead just make cursory upgrades which could quite easily have been a secondary spec option of the standard model, it feels like a huge missed opportunity.

However, at the start of 2020 it appeared the penny may have finally dropped for OnePlus and McLaren. At CES 2020 in Las Vegas, Nevada, the smartphone manufacturer had a concept phone it was showing off – and more importantly, it was actually using McLaren technology.

Dubbed the OnePlus Concept One, the smartphone had ‘invisible’ rear cameras. The handset used McLaren’s electrochromic glass technology which allows you to adjust the opacity of the glass from opaque to transparent.

It’s the same technology McLaren uses in the glass roof of its 570GT and 720S supercars, allowing for electronically tintable glass on request. While the implementation of technology on the OnePlus Concept One was relatively simple in the fact that all it did was hide the rear cameras from view, we were finally seeing an automotive input in a device.

However, since showing off the concept phone at CES, OnePlus has stayed silent on any possible future of the technology on its upcoming phones, and with the news that OnePlus and McLaren may part ways after just two generations of handsets, it’s probably for the best.

McLaren can get back to focusing on its supercar and racing portfolios, while OnePlus can concentrate on its main handset range.

We expect it to launch the OnePlus 8T and 8T Pro in the second half of 2020, and without a third-party brand tie-in it will hopefully mean it can get back to doing what it does best – making great, high-end smartphones – without diluting its offering with confusing and lackluster special editions.