The fitness tracker of tomorrow 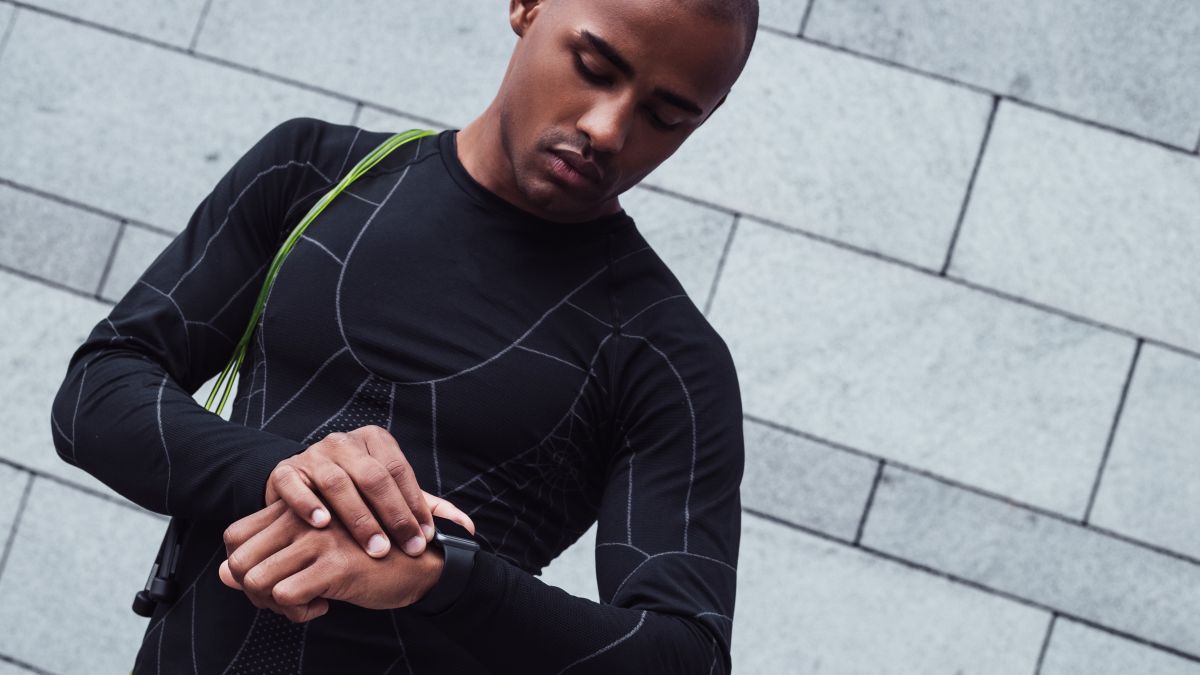 What will the fitness tracker of the future look like, and what new features will it offer when strapped around your wrist?

We’ve already seen some exciting new activity bands this year that hint at things to come. We’ve had the heavy-duty Polar Grit X and accessible Fitbit Charge 4, plus several new entries in the luxe Garmin MARQ range (including a watch with maps for 4,000 golf courses).

There are many more on the horizon too, including the Amaxfit X, with its strangely curved screen, and (hopefully) the Garmin Fenix 7. We wouldn’t be at all surprised to see some new entries from the likes of Suunto as well.

But what about further in the future? Here are the features we’d most like to see hitting the mainstream over the next couple of years – and why we don’t think they’re a pipe dream.

5G has the potential to revolutionize smartwatches and fitness trackers alike, taking the weight of computing off the device itself and shifting it to the cloud.

For example, it could make a dramatic improvement to voice controls. Previously, when we’ve used an Alexa-enabled smartwatch (like the Fitbit Versa 2) we’ve been disappointed by how long it takes to respond to queries as our questions are sent to our phone, then to Amazon’s servers, and all the way back again. It’s the last thing you want when you’re on the move. With 5G, responses would be almost instant, making voice controls far more practical and useful.

It would also make music streaming a breeze – no need to rely on your fitness tracker’s on-board storage, or simply use it as a remote to control the music app on your phone.

In fact, 5G connectivity could almost eliminate the need to download and install apps using your phone.

The newly launched Garmin Quatix 6X Solar is specially designed for life at sea, without ready access to an electrical outlet, and boasts remarkable battery life of up to 24 days. That’s achieved thanks to the watch’s photovoltaic face, which keeps it topped up when you’re off messing about in boats.

There’s only one drawback: the Quatic 6X solar costs $1,149.99 / £999.99 / AU$1,799. That’s not entirely due to the solar charging – this is a fitness tracker that can also control a yacht – but we’d love to see that kind of battery life in fitness trackers that don’t cost hundreds of dollars, letting us go weeks without a charge (which would be wireless, naturally).

We’ve seen foldable phones and rollable TVs, so a fitness tracker with a bendable display seems like a natural next step. The forthcoming Amazfit X will have a curved display to give you more space for notifications, but a truly flexible display would give you more still.

A wrap-around watch wouldn’t have to take the same snapping force of a snap-shut smartphone, which would hopefully make it more robust than devices like the Samsung Galaxy Fold, whose launch was marred by reports of broken screens. Such a smartwatch wouldn’t come cheap (the Galaxy Fold’s launch price was twice that of a typical flagship smartphone), but hopefully the price will drop as the technology matures.

Fall detection is already making its way into higher-end fitness trackers, but we want to see it become mainstream. Not only that, we’d like to be able to trigger it manually by holding a single button. Episodes like a hypoglycemic attack or epileptic seizure are often preceded by a specific feeling, but if you’re confused and dizzy, you might not have the ability or presence of mind to remember a complicated series of taps and swipes.

Through its running and cycling apps, Zwift lets you join a virtual run or ride on a treadmill or exercise bike – but what if you could do the same thing outdoors?

There’d be no need for a separate cadence sensor thanks to your watch’s GPS, which would help you keep pace with the pack remotely. With Bluetooth headphones connected to your tracker (forget the phone), you could chat with your friends in real time during a long run, or take part in a HIIT together with audio alerts. You could even get Peloton-style real-time coaching from a professional instructor anywhere in the world.

Most fitness trackers are mainly designed with cardio in mind – swimming, running, cycling and walking being the order of the day – why stop there?

If your new tracker came with a set of sensors similar to those used by Yoganotch, it could provide interactive classes for not just yoga, but activities like dance and pilates through your headphones, giving you instructions and correcting you if your posture is less than perfect. And what about getting live guidance when using your connected smart dumbbells?

The camera apps on smartwatches like the Apple Watch function as remote controls for your phone, and although some smartwatches with their own built-in cameras do exist, we’ve yet to see an activity band with a built-in snapper. It looks like that will soon change though, and Fitbit even seems to be preparing a kid’s fitness tracker capable of making video calls, but why should they get all the fun?

A fitness tracker with a built-in HD camera (or even 4K if you want to dream big) would not only let you join Zoom chats from your wrist, it would also help show off your most picturesque runs and rides on Strava. Just hold up your hand and capture the scene in its fully glory, or stream live video to your platform of choice. That wrap-around screen mentioned earlier could double as a handy viewfinder so you aren’t shooting blind.

There would be no need to store the resulting snaps or footage locally – the data could be sent off to a cloud server instantly (or just cached temporarily if you’re out of 5G range) then deleted to conserve internal storage.