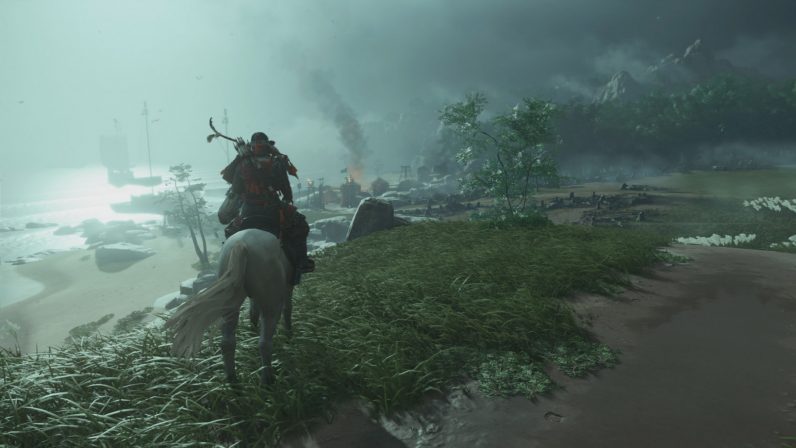 Sucker Punch today announced it’ll be offering a free update to Ghost of Tsushima. Specifically, it’ll be a separate co-op mode called Legends. It looks pretty rad, and I might even push through my persistent seasickness in order to play it.

Introducing #GhostOfTsushima: Legends, a new co-op multiplayer mode inspired by Japanese mythology that will be a free download for Ghost of Tsushima owners this fall!

According to the announcement, Legends will include two-player cooperative story missions and a 4-person wave survival mode. The story missions in this case aren’t related to the main story of Jin Sakai, the titular character. Rather, it’ll “instead focuses on four warriors who have been built up as legends in stories told by the people of Tsushima,” inspired by Japanese myths and folklore. In addition, developers Sucker Punch are also putting out a Raid mode shortly after Legends releases involving some kind of mysterious enemy.

Sounds pretty good to me so far. My opinion of Ghost is somewhat more sanguine than my colleague Nino’s — I quite enjoy the story mode and gameplay. Still, I’ll be the first to admit the story of Jin Sakai is not really one that can be expanded with single-player story DLC, so this seems like the optimal addition. And it’s free which… I mean, no arguing with that. I want to play it even though playing Ghost has been a bit of an ordeal for me.

I have a bit of an issue: while I really like Ghost of Tsushima, and want very badly to finish it, the game gives me terrible motion sickness. I don’t know what it is — the FOV, the camera bob during the horseback riding — but I can only play for about an hour before I get frail and have to go lay down. It sucks because the game is very much up my street, as is Legends.

But you know what? I’m watching the trailer going “Oh cool, I’d better get myself some ibuprofen, Dramamine, and buckle in to play.” Because this looks cool and I want more Ghost of Tsushima.

Legends is set to launch some time later this year.

Read next: Apple will soon give buyers a year to decide on AppleCare+, up from 60 days