The Mafia Trilogy will bring open world classics to PS4, PC and Xbox One 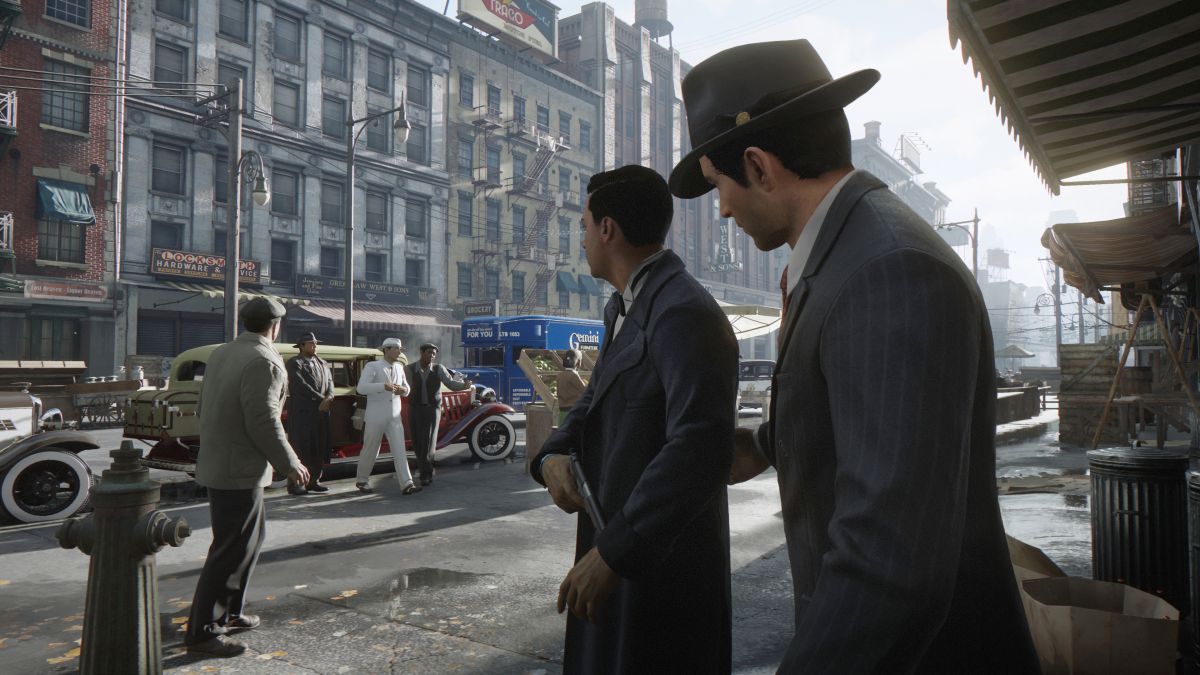 2K has officially revealed the Mafia Trilogy, a new collection of the three crime-flavored open world (well, kind of) games, coming to PS4, Xbox One and PC. They include a full remake of the original Mafia: City of Lost Heaven called Mafia: Definitive Edition, a HD remaster of 2010’s Mafia 2 and a ‘reintroduction’ of 2016’s Mafia 3 that gives the game’s DLC to existing owners for free.

What’s more, Mafia 2 is released today on PS4, Xbox One and PC. If you already own Mafia 2 on Steam, you get it for free. The Mafia Trilogy is eventually coming to the Epic Games Store for PC and Google Stadia, too. The free Definitive Edition upgrade for Mafia 3 is released today on all formats, too.

You can buy all three games together, or separately, and pre-ordering the trilogy unlocks the other two straight away. Mafia: Definitive Edition, though, won’t be available until August 28.

This remake of the first game is the main part of the package. The game has been totally rebuilt with an updated script, more cutscenes and new gameplay features. While Mafia was undoubtedly a classic of its era, it comes from a pre-Gears of War world where third-person shooters didn’t have cover systems, so it’s due a refresh. Mafia 3 developer Hangar 13 is behind the remake.

While this news is cool, it was blown prematurely by a Microsoft Store listing snafu last week, which dumped screenshots and details of the remake onto the internet ahead of its reveal.

Fingers crossed the developers use Mafia: Trilogy as an excuse to improve the PC performance of Mafia 3, which was pretty demanding upon its launch in 2016.

Is Mafia worth your time?

The Mafia games are based in open worlds, but they’re not really like GTA, even though you can steal cars if you want to. Instead, the law enforcement in the game will chase you just for breaking the speed limit, and the cars are more realistic to handle. Since each game in the series is set in the past, too, with the original Mafia being set in the 1930s, the cars are designed to feel as fast as they did at the time.

Still, the open worlds are special in their own way. Much like the setting in Rockstar’s LA Noire, each environment in the Mafia series feels like an extremely elaborate movie set, and a lot of detail is paid to the atmosphere of each location. While you can explore, they’re not sandbox games in the way the GTA series is.

Mafia 3 was a flawed, flabby game with a beautiful New Orleans-esque setting, and Mafia 2 was a great thriller about two friends who are pulled into a life of organized crime. The original Mafia could end up being the highlight of the three after this remake, though, since it always felt like the most complete game of the trilogy.