The Mandalorian Confirms 2 New Directors for Its Second Season 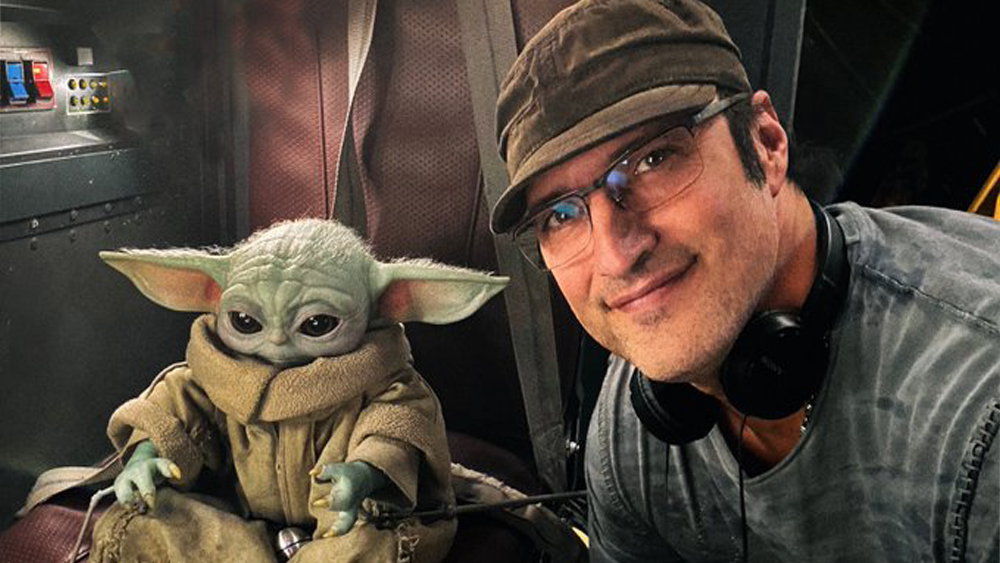 J.J. Abrams’ HBO sci-fantasy drama Demimonde has found itself some more producers. Joe Keery promises spooks abound when Stranger Things returns. Get a look at Mark Hamill vamping it up in What We Do in the Shadows. Plus, teases for Twilight Zone’s second season, and what’s to come on Harley Quinn. Spoilers, away!

10 Cloverfield Lane screenwriters Josh Campbell and Matt Stuecken are working on an adaptation of Elizabeth Bear’s short story, Covenant, for Spyglass Entertainment and producer Eli Roth. In the story, “a former serial killer — the beneficiary of ‘rightminding,’ a process that cures psychopathy by forcibly bestowing empathy — finds herself in a very dangerous situation.” [Deadline]

Deadline also reports Scott Beck and Bryan Woods (A Quiet Place) will write and direct a new sci-thriller for Sony and producer Sam Raimi said to have “a big twist at the end.”

Under the Skin: The Series

According to Deadline, Silver Reel has outbid A24 for the television rights to Jonathan Glazer‘s sci-fi thriller, Under the Skin.

Kira Snyder, Rand Ravich and Far Shariat have signed on to co-executive produce Demimonde at HBO with J.J. Abrams. The story is described as an “epic and intimate sci-fi fantasy drama” dealing with “a world’s battle against a monstrous, oppressive force, exploring the lengths a family will go to find their missing child.” [Variety]

Bloody-Disgusting has the cast, crew, and titles for all ten episodes of The Twilight Zone’s second season.

Written by Steven Barnes and Tananarive Due

Written and Directed by Osgood Perkins

The Who of You

Meet in the Middle

Speaking with Total Film (via Games Radar) Joe Keery described the fourth season of Stranger Things as “a lot scarier than prior years.”

Oh man, it’s pretty amazing – the Duffer brothers have really done it again. I think that this year – and I know I say this every single year – but this is definitely going to be a lot scarier than prior years.

Entertainment Weekly has our first look at Mark Hamill as Laszlo’s currently unnamed “ancient rival” on What We Do in the Shadows.

Harley Quinn believes the Joker is working as a bartender in a clip from this week’s episode.

Finally, the CW has released a trailer for “The Diner,” the first episode of Roswell, New Mexico since “The Pilot” not to be titled after a popular ‘90s song.