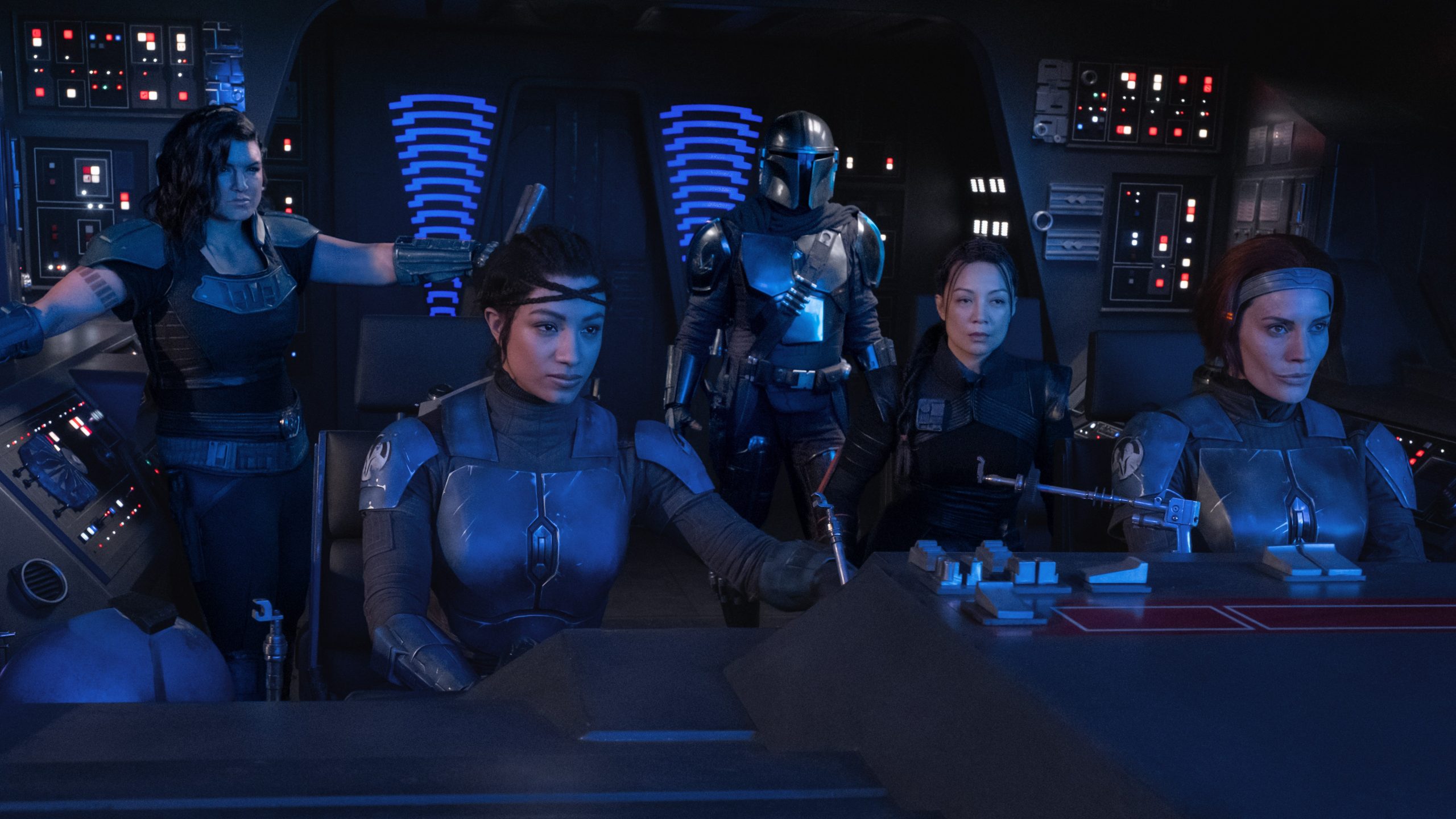 The Mandalorian season 3 is in the works, but it’s still a fair while off yet. It’s definitely one of the crown jewels of Disney Plus, and an exceptional Star Wars TV show too.

With The Book of Boba Fett, a spin-off show, coming in December 2021, at least for the time being, we’re going to have to wait a while to get many hard details aboutThe Mandalorian season 3, but that doesn’t mean we can’t be excited about it. Spoilers for The Mandalorian below.

We know that the season will begin filming straight after The Book of Boba Fett, which means we’re not expecting to see it until at least the middle of 2022. As the end of The Mandalorian season 2 has Grogu going off on an adventure to train with Luke Skywalker, we’re expecting to see more of that storyline in the next season. We’ll also need to find out answers to every other twist and tease that the show has had so far too.

Have a look below to find out everything we know about The Mandalorian Season 3 so far. That includes info on the release window, what we expect from the story, and all of the other goodies we’ve managed to garner.

A new production listing for The Mandalorian season 3 by the Film and Television Industry Alliance says filming begins on April 5, 2021. We’d speculate that means we’ll see season 3 release in the first half of 2022.

Some viewers worried that there would be no third season of The Mandalorian, and that The Book of Boba Fett was taking its place. But that’s firmly not the case: Favreau has confirmed that The Mandalorian season 3 will follow the same main character, and continue the story of Din Djarin (Pedro Pascal).

“What we didn’t say in that announcement is the next show coming up – [Kathleen Kennedy] said the next chapter – that’s gonna be The Book of Boba Fett,” Favreau told Good Morning America in December 2020, referring to Lucasfilm’s announcement of numerous new Star Wars projects.

“And then we go into production right after that on season 3 of The Mandalorian, back with the main character that we all have known and loved. That will be pretty soon following [Boba Fett]. We’re working on that pre-production now while we’re in production on Boba Fett.”

With The Book of Boba Fett officially arriving in December 2021, that makes The Mandalorian season 3’s release date a dead cert for 2022. We’ll update this when we know more.

The Mandalorian season 3 story: what happens next?

We think there are two big plot threads from season 2 that The Mandalorian season 3 has to pay off: who will wield the Darksaber? And when will Grogu – also known as The Child, also known as Baby Yoda – return to Din Djarin (Pedro Pascal) from his time training with Jedi Master Luke Skywalker?

At the end of season 2, Mando won the Darksaber weapon from Moff Gideon (Giancarlo Esposito) – the Mandalorian blade highly coveted by Bo-Katan Kryze (Katee Sackhoff), in her journey to reclaim the throne of Mandalore. It became clear, however, that he couldn’t simply hand it over to Bo-Katan, and tensions mounted as it became clear that she and Mando were going to have to duel in order for her to claim the weapon. This is surely going to be picked up again in The Mandalorian season 3 – any developments on this front were scuppered by the impromptu appearance of Luke Skywalker in season 2, episode 8.

Speaking of Luke, that’s the other big thread we expect to be picked up in season 3: Grogu went off with Luke to be trained in the ways of the Force. “He is strong with the Force, but talent without training is nothing. I will give my life to protect the Child… but he will not be safe until he masters his abilities.” Mando promises he’ll see Grogu again. But when?

We would be shocked not to see the little green guy again next season – though we did see in The Mandalorian season 2, episode 7 that the show is capable of having great adventures without Grogu. Still, the adventures of Mando and Baby Yoda are the heart of the show, and we don’t expect that to change despite the big cliffhanger.

Then, of course, there’s the rise of the Empire to deal with. Moff Gideon’s ship is just one small part of the Imperial remnant forces out there waiting to be dealt with – we know that Imperial leader Grand Admiral Thrawn is alive, too, and being hunted by Ahsoka Tano.

We expect the Thrawn story to form the basis of the upcoming Ahsoka live-action show, but it’s possible we’ll see it picked up again in The Mandalorian, too.

It’s also likely that we’ll see more hints at what Grogu’s blood is being used for by the Empire – it seemed fairly obvious the show was pointing at the cloned origins of sequel trilogy ‘villain’ Snoke, and the eventual return of Emperor Palpatine that would make us sigh with disappointment in 2019’s The Rise of Skywalker.

The Mandalorian season 3 cast: who we expect to return

While there’s no officially confirmed cast for The Mandalorian season 3 yet, Pedro Pascal is bound to return as Din Djarin, the show’s leading star. We saw the actor without his helmet twice this season, and boy, it was a nice reminder of how good-looking he is.

Other actors returning next season are unclear – but the show now has a big ensemble to pick and choose from. We fully expect to see Katee Sackhoff’s Bo-Katan appear again – perhaps season 3 will dig further into her quest to restore Mandalore, bringing Mando along for the ride. While Carl Weathers (Greef Karga) is likely to pop up at some point, we’re not completely sure what’s going to happen to Cara Dune given that Gina Carano is no longer going to be playing the character.

Giancarlo Esposito seems fairly confident he’ll turn up again as Moff Gideon in The Mandalorian season 3. “I have a feeling you’ll see more of me next season,” the actor told EW. With his life spared by Mando in the season 2 finale, why ditch a perfectly good Imperial villain?

It’s possible that Boba Fett (Temuera Morrison) and Fennec Shand (Ming-Na Wen) will appear again after their starring roles in the upcoming The Book of Boba Fett, but not certain.

An earlier Deadline report – which correctly reported a Boba Fett show was happening – suggested that it’s possible actress Sophie Thatcher will appear in season 3 of the show.

We’ll just have to wait a while for a confirmed cast list.

The Mandalorian season 3 trailer: when will we see one?

We don’t expect to see a trailer for The Mandalorian season 3 until late 2021, possibly around the time The Book of Boba Fett releases on Disney Plus.

The Mandalorian has three spin-offs in the works now: The Book of Boba Fett, which we’ve talked about already, and Ahsoka and Rangers of the New Republic. All three take place in the same timeframe of the main show, which is set five years after Return of the Jedi.

The intriguing part is, there’s a plan for this sub-universe of shows to converge in a larger story – it sounds a little like what Netflix did in uniting its various Marvel superhero TV shows in the miniseries The Defenders.

“These interconnected shows, along with future stories, will excite new audiences embrace our most passionate fans, and culminate in a climactic story event,” explained Lucasfilm’s Kathleen Kennedy during Disney’s investor day stream in late 2020.

It sounds to us, then, that we’re going to see either a miniseries or movie-length episode that brings these stories together – though we wouldn’t expect to see that for a few years from now.