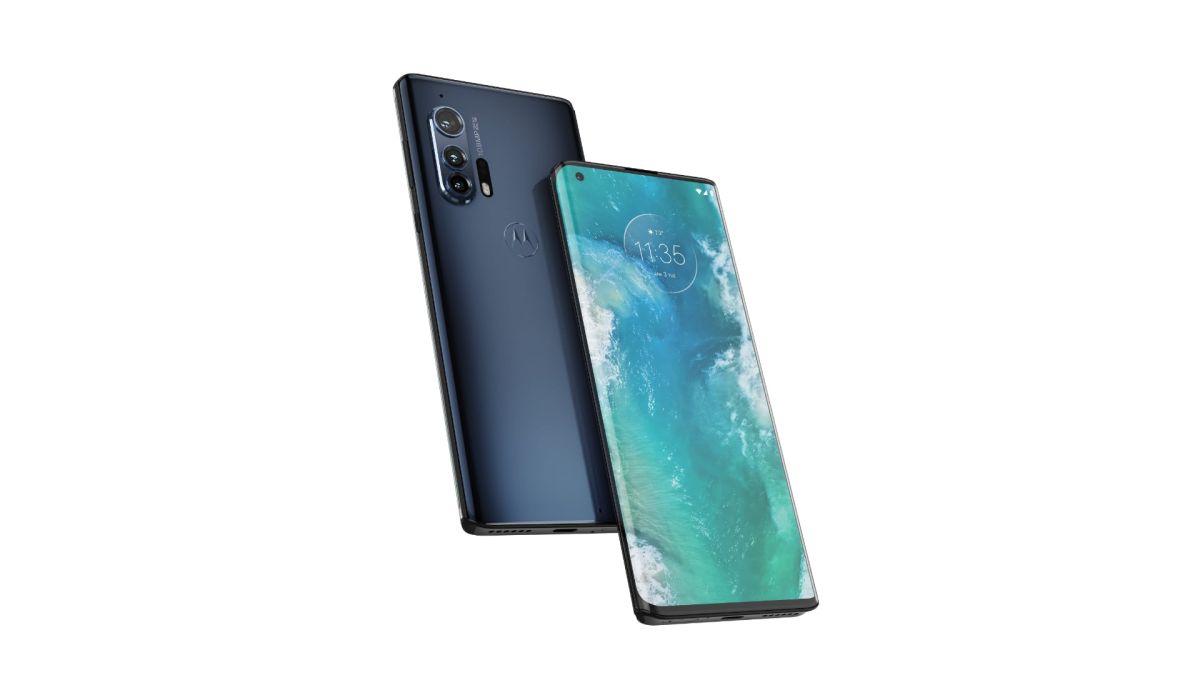 Motorola has never been one to shy away from experimenting with their phones. From the gesture-based Moto X that allowed new ways to use Android to the Moto Z’s modular approach that extended your smartphone into a much more capable devices, Motorola has always lead with innovation. With new newly released flagship from Motorola, the Edge Plus, Motorola is once again bringing innovation back to smartphones.

The Motorola Edge Plus has a very futuristic design where the 6.7-inch OLED screen curves on the two sides to a mind-bending angle of almost 90 degrees. This makes the screen a lot more immersive than other curved phones- the side bezels all but disappear and the content looks as though it has expanded beyond the screen.

You would think that a phone with a screen as large as 6.7-inch would be difficult to handle with one hand, but Motorola has kept the width of the phone at just over 71mm which makes it extremely comfortable to hold and use with one hand. The curved screen that extends almost to the back of the device also creates an uninterrupted flow using your phone- your fingers don’t keep switching between glass and a metal or plastic frame.

Motorola has added a few nifty software tricks that makes the functionality of the screen extend beyond just content. Edge Touch, part of our new My UX suite of software features, allows you to customize new ways to interact with your device. The display edges also come in handy when your phone isn’t in your hand, lighting up to show battery charging status, incoming calls, alarms, and notifications from across the room. This is particularly useful if you prefer keeping your phone on silent or screen down for security reasons.

You can also set a double tap function on the edge to either switch to the last app or disable edge display for apps that haven’t been updated to work well with curved screens. You can also swipe in from the right side of the screen to display shortcuts to your favorite apps and tool.

And finally, with the new Moto Game time, gamers can turn the phone sideways and use two additional, customizable buttons on the top edge of the screen for console-like four finger gameplay.

Besides featuring a gorgeous and unique design, the Motorola Edge Plus offers flagship level performance with high-end specs and features such as the Snapdragon 865 processor, 12GB RAM and 256GB storage. It also features 5G connectivity, a massive 5,000mAh battery that can be wirelessly charged as well as a 108MP triple camera setup capable of taking stunning day and night time shots.

The Motorola Edge Plus is available in the United Arab Emirates for AED 3,999 through local carriers Etisalat and du as well as online stores.