The New Mutants Has a New Release Date…Again! 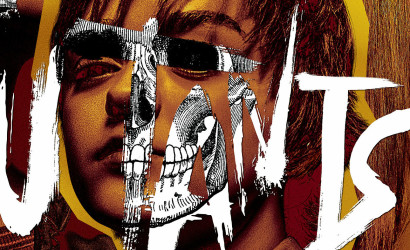 It’s always something with those darned New Mutants. Mergers, rumored reshoots, global pandemics. Anything to keep the film out of theaters. And yet here we are again, with another release date.

In a world without covid-19, fans would have seen The New Mutants last month. The pandemic changed that though, and despite some rumblings that the film could go to streaming, the final mutant movie of the Fox era now has its latest release date: August 28. That is, if theaters are open by then and audiences are going back to them.

Those huge “ifs” aside, though, Disney committing to a theatrical release for the film, unlike the similarly delayed Artemis Fowl which is going to Disney+, seems like a good sign. Like maybe the long, long wait for Josh Boone’s Marvel adaptation will be worth it.

As previously reported, The New Mutants was originally going to be released in April of 2018. It then fell victim to the Disney acquisition of Fox before late last year when Boone was able to finish the film the way he wanted. Everything was set for April, but then the world changed.

If the August release date holds, it’ll be two weeks after Wonder Woman 1984, a week after Bill and Ted Face the Music, and a week before A Quiet Place Part II. Wow. Imagine what it would be like to be able to go see all those movies?

Here’s the official announcement of the latest The New Mutants release date. We’ll see if this one holds.