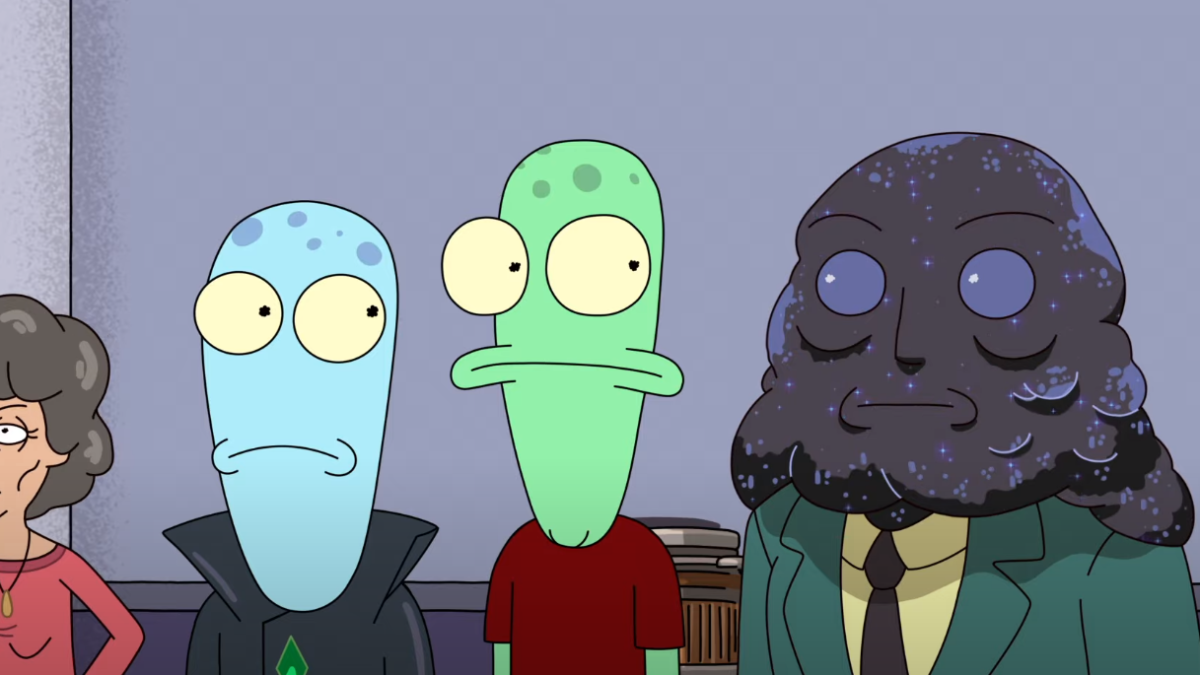 From Justin Roiland and somewhere far out of this solar system, Solar Opposites has arrived on this inhospitable mess called Earth. Fortunately, it brought a lot of its own mess with it.

New from Hulu, Solar Opposites, created by Justin Roiland, the Rick and Morty co-creator, alongside Mike McMahan, is about an alien family stuck living on Earth, trying to make the best of, well, you know, all of this crap. We’ve been previewing this show for a while, and now it’s finally out, and it has raunchy adult Invader Zim vibes combined with the gallows-level black comedy and sight gags fans of Rick and Morty might expect from a Roiland project. In the release trailer, it’s a lot to take in.

I could try to list all of the unbelievable and shocking things that happen in rapid succession in this trailer, but the prospect is overwhelming. Suffice it to say this does not seem to be a comedy for the faint of heart. But it has the sort of frantic style and mood that speaks to the comedic landscape Roiland is helping to create in TV animation, absurdist and dark in equal measure. Also, that one alien has a neat badge that is probably supposed to conjure up Star Trek images, but instead just reminds me of The Sims. Sorry.