The rocket science behind the SpaceX astronaut launch 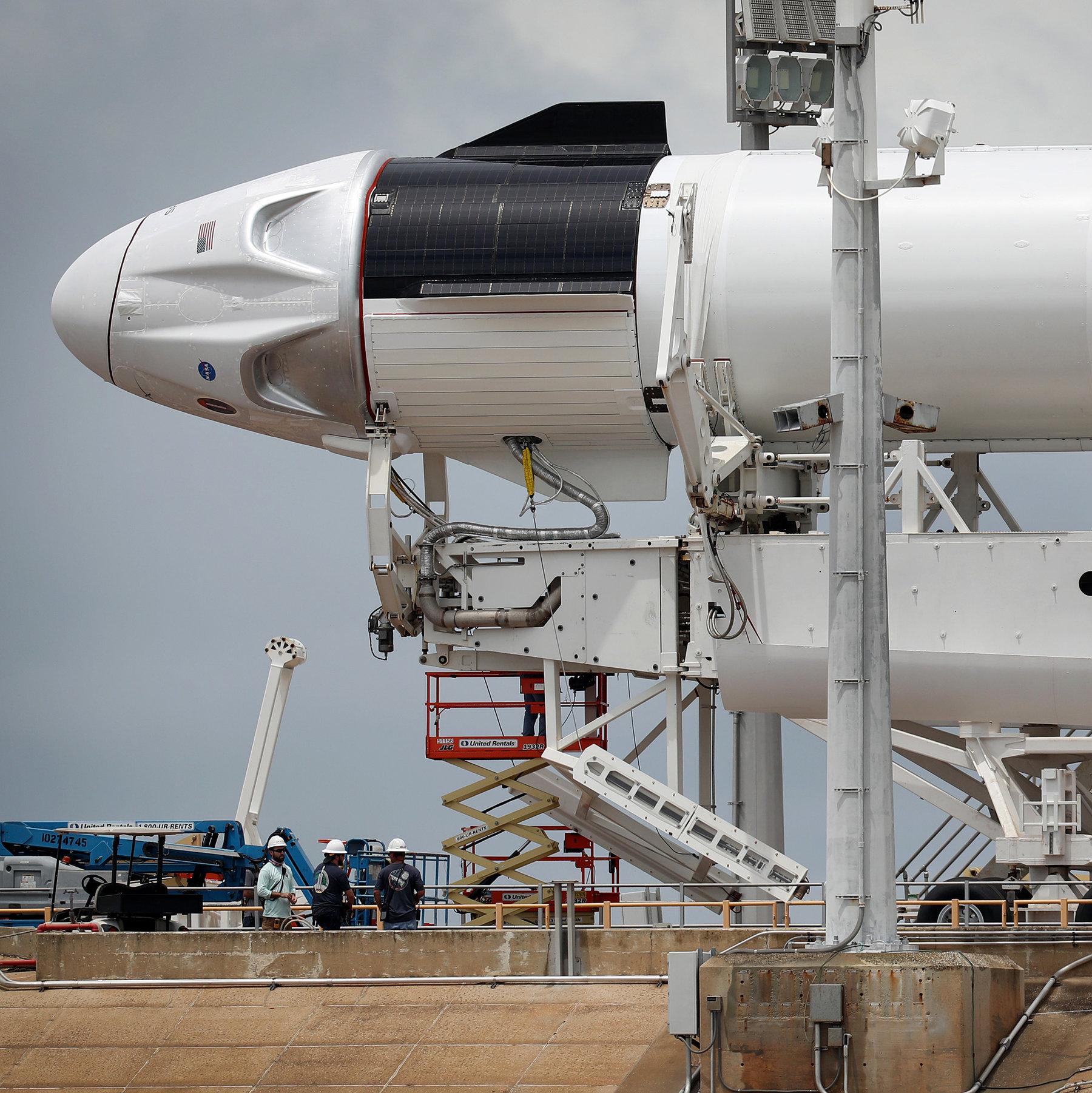 Two NASA astronauts, Robert Behnken and Douglas Hurley, have finally made history by travelling to the International Space Station in a privately funded spacecraft, SpaceX’s Falcon 9 rocket and Crew Dragon capsule. The launch was initially due to take place on May 27 but had to be be postponed due to bad weather. It launched at 3.22pm EST on May 30.

The astronauts took off lying on their backs in the seats, and facing in the direction of travel to reduce the stress of high acceleration on their bodies. Launching from Kennedy Space Centre, the spacecraft travelled out over the Atlantic, turning to travel in a direction that matches the ISS orbit.

The first rocket section separated at just over two minutes. The main dragon capsule separated from the second stage burn a few minutes later and continued its journey. The Dragon spacecraft finally docked with the ISS about 19 hours after launch.

Space mission launches and landings are the most critical parts. However, Space X has conducted many tests, including 27 drops of the parachute landing system. It has also managed an emergency separation of the Dragon capsule from the rocket. In the event of a failed rocket launch, eight engines would lift the capsule containing the astronauts up into the air and away from the rocket, with parachutes eventually helping it to land. The Falcon 9 rocket has made 83 successful launches.

The space station has an orbital velocity of 7.7km per second. The Earth’s rotation carries launch sites under a straight flight path of the ISS, with each instance providing a “launch window”.

To intercept the ISS, the capsule had to match the station’s speed, altitude and inclination, and it had do it at the correct time such that the two spacecraft were in close proximity to each other. The difference in velocity between the ISS and the Dragon capsule was near to zero at the point where the orbits of the two spacecraft intersected.

Once these conditions had been met, the Dragon capsule maneuvered to the ISS docking port, using a series of small control thrusters arranged around the spacecraft. This was done automatically by a computer, however the astronauts can control this maneuvre manually if needed.

This is complicated by Newton’s first law of motion – that any object at rest or in motion will continue to be so unless acted upon by an external force. That means any manoeuvre, such as a roll to the right, will continue indefinitely in the absence of air resistance to provide an external force until it is counteracted by firing thrusters in the opposite direction.

So now that you have a grasp of orbital maneuvring, why not have a go yourself? This simulator, provided by Space X, allows you to try and pilot the Dragon capsule to the ISS docking port.

The astronauts will return to Earth when a new set are ready to take their place, or at NASA’s discretion. NASA are already planning the first fully operational flight of crew Dragon, with four astronauts, although a launch date for that has not yet been announced and will undoubtedly depend on the outcome of this demonstration flight.

The launch puts SpaceX firmly ahead of the other commercial ventures looking at providing crewed space launches. This includes both Boeing’s Starliner, which first launched last year but was uncrewed, and Sierra Nevada’s Dream Chaser which is planned to be tested with cargo during a trip to the ISS next year.

The ability of the commercial sector to send astronauts to the ISS is an important step toward further human exploration, including establishing a human presence at the Moon, and ultimately, Mars.

With companies competing, however, an open question remains whether safety could at some point be compromised to gain a commercial edge. There is no suggestion this has happened so far, but any crewed mission which failed due to a fault stemming from economic concerns would have serious legal ramifications.

In a similar way to modern aircraft legislation, a set of space safety standards and regulations will need to be put in place sooner rather than later. For commercial lunar and beyond missions we also have to ensure that any spacecraft does not contaminate the location they are visiting with germs from Earth.

With more nations and companies developing plans for lunar missions, there are obvious advantages in international cooperation and finding cost efficient launch methods. This is not least because it’s not as dependent on the whim of elected governments for direction, which can change completely from one administration to the next.

So for us scientists looking to expand our knowledge of space, it is a very exciting moment.

This article is republished from The Conversation by Gareth Dorrian, Post Doctoral Research Fellow in Space Science, University of Birmingham and Ian Whittaker, Lecturer in Physics, Nottingham Trent University under a Creative Commons license. Read the original article.

Read next: 3 tech stocks that haven’t fully recovered yet — yes, they still exist