The True Return of LGBTQ+ Pride 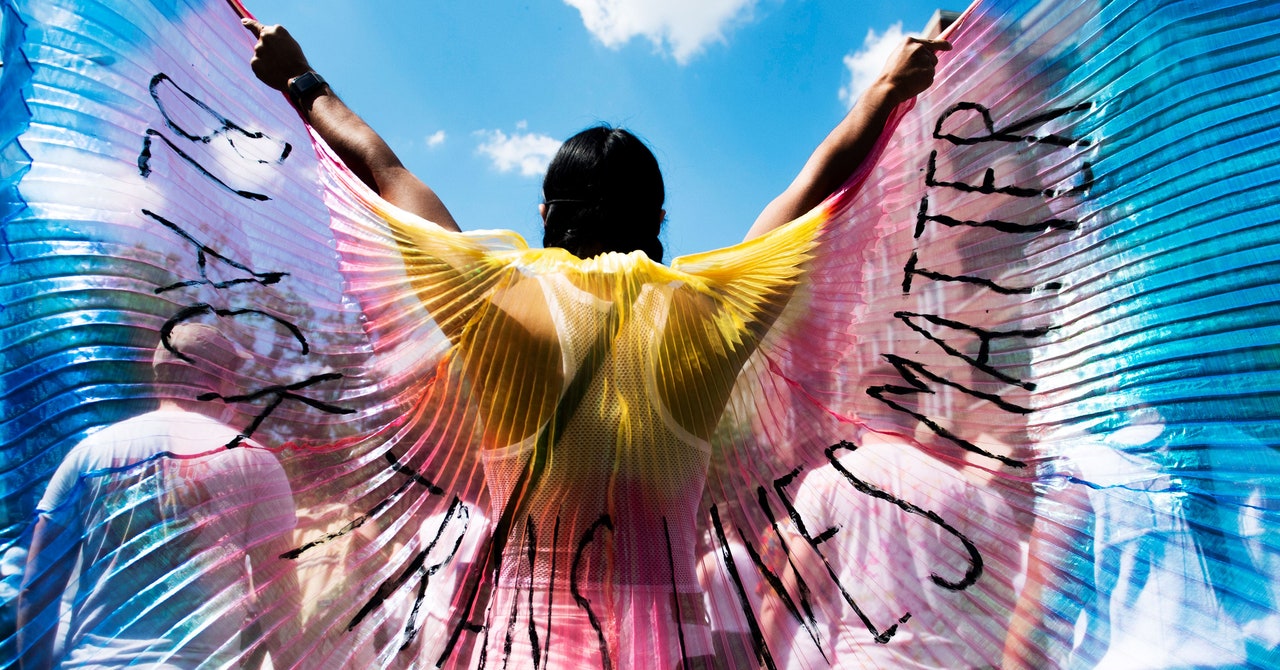 This time last year, millions of people descended upon New York City for WorldPride. The event is typically held every couple years in a different city around the globe, and in 2019 the location was selected to commemorate the 50th anniversary of the Stonewall Riots, the uprising lead by black and brown queer folks to combat police harassment in the LGBTQ+ community. This year, Pride events in New York, and in most other cities, are ostensibly canceled, or they’re being moved online. Massive marches and parades are nearly impossible with the spread of Covid-19, and yet, the legacy of those events feels more necessary—more vital—than ever.

This week began with two very different, very interconnected bits of news. On Sunday, thousands gathered at Black Trans Lives Matter rallies nationwide following the killings of two black trans women—Dominique “Rem’Mie” Fells in Philadelphia and Riah Milton near Cincinnati, Ohio—amidst the ongoing worldwide protests against police brutality. Then, on Monday, the Supreme Court issued a landmark ruling stating that Title VII of the Civil Rights Act protects queer people from workplace discrimination based on their sexual orientation or gender identity. All of this came just days after the Trump administration announced it was rolling back regulations that prohibited discrimination against trans people in heath care—a move that was announced on the four-year anniversary of the Pulse nightclub shooting in which 49 people were killed at an LGBTQ+ venue in Orlando.

This week, this month, and, to some degree, this year has felt like the true return of Pride. Not literally—the issues at hand spread far beyond equality for queer people—but spiritually. Just as Marsha P. Johnson and scores of other LGBTQ+ people rioted in the streets to combat mistreatment by law enforcement at Stonewall, so, too, are protesters in the streets today demanding an end to police brutality. Just as the queer community demanded better health care during the AIDS crisis of the 1980s and ‘90s, so, too, are people today demanding a swift reaction to the Covid-19 pandemic, especially in the black and brown communities seeing an outsized impact.

There is, of course, another legacy of Pride: the mainstream acceptance of queer culture that the movement has achieved. To that end, June has become, in recent years, a time when institutions—companies, mainly—celebrate, and/or pander to, the LGBTQ+ community. For better or worse, it’s why HBO launched Human By Orientation, a site with links to its slate of Pride programming, this week. It’s also why Nickelodeon gave a special shout-out to SpongeBob SquarePants, and why so many of the advertisements and company logos you see this month have a full-spectrum hue. June means that a lot of films, TV shows, songs, you-name-it get the attention they might not receive the other 11 months of the year; it also means that queer folks get 30 days of constant reminders that Smirnoff supports their right to marry whomever they want.

To be clear, not all of these efforts are straight-up rainbow-washing. Many corporations that wave the flag also back it up with donations and actions. But it’s important to note the difference between marketing and allyship. Marketing is an ad: a new line of multi-color watchbands. Allyship is Harry Potter actress Emma Watson responding to J.K. Rowling’s controversial comments about transgender people by saying “trans people are who they say they are and deserve to lives their lives without being constantly questioned or told that they aren’t who they say they are.” It’s holding a benefit concert to help LGBTQ+ communities impacted by Covid-19. (Katy Perry has come a long way from “Ur So Gay.” Change really is possible for everyone.) The rainbows aren’t meaningless—any and all support is helpful—but words, conversations, and actions mean more.