The Women of Ukraine’s Railroads Keep the Trains Running 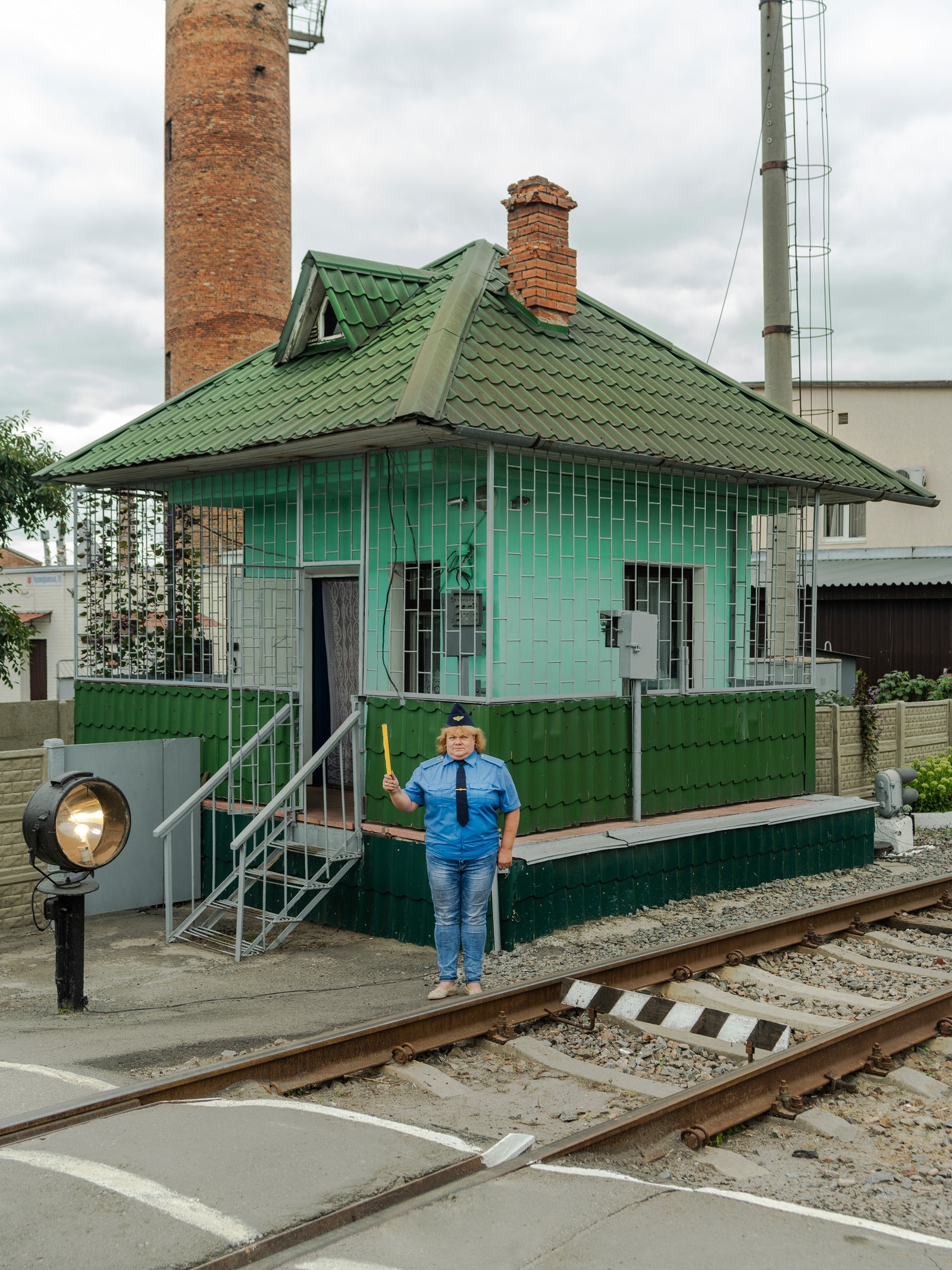 During long train rides across Ukraine as a kid in the 1990s, Sasha Maslov amused himself by leaning out the window, as far as possible, to glimpse what lay ahead. What intrigued him most were the tiny pastel-colored houses with pointed tile roofs and elaborate ironwork that sat near railroad crossings.

“I would wonder about them as I fell asleep,” Maslov says. “They seemed like tiny castles, headquarters for something magical.”

In fact, the buildings are railroad crossing offices presided over by traffic controllers, the vast majority of them women. As trains approach, they hold up safety flags alerting conductors to conditions on the track while also keeping an eye on drivers and pedestrians. Anachronistic as it sounds, they’ve proven indispensable, even in the age of automation.

“When the railroad company tried to take them away, traffic accident statistics shot up, because people were trying to go around barriers and not heeding directions,” Maslov says. “Because if no one is watching, why not break the rules?”

Eleven years ago, Maslov moved to New York City, where he shoots for clients like NBC, The New York Times, and The Wall Street Journal. In 2018, weary of the news cycle (“the war in Ukraine, Syria, the migrant crisis, Trump,” he says), he decided to return home to photograph these whimsical structures and their guardians for his new book Ukrainain Railroad Ladies.

After receiving permission from state-owned Ukrainian Railways, he called up each of its six regional offices and arranged shoots at 100 crossing buildings. His subjects primped for picture day, greeting him in impeccable gold-embroidered uniforms—though he did catch a few unawares, like the officer who flagged down a bicyclist she knew to retrieve her makeup from home.

The stations were as charming inside as out, often decorated with personal touches like floral wallpaper and lace curtains, and personalized with family photographs, crocheted pillows, and houseplants. But if they felt homey, it’s partly because the women spent so much time in them. They worked 12-hour shifts every couple days for a pay of $300 per month.

“The allure will wear out on you very quickly if you’re actually working there,” Maslov says. “Though from a visual perspective, I still find it magical.”

Ukrainian Railroad Ladies is out this month from Osnovy Publishing.