The World Was Primed for Protest Conspiracy Theories 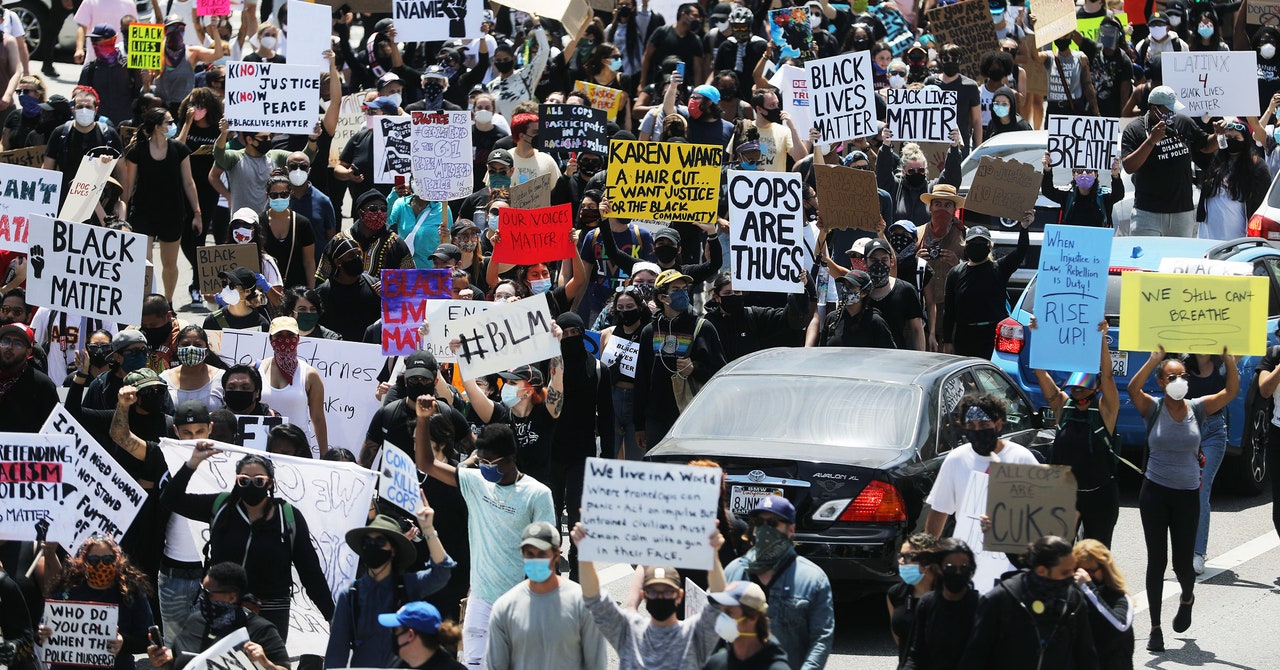 As protests against police brutality and systemic racism, sparked by the death of unarmed black man George Floyd at the hands of Minneapolis police, grip the nation, so too does misinformation. On social media, rumors and conspiracy theories are flourishing on every band of the political spectrum. Videos of both peaceful and brutal arrests have been held up as evidence of police officers’ reasonable and unreasonable behavior during demonstrations, only then to be proven to be months or years old. Some have claimed that Russian operatives or white supremacists were involved in either killing Floyd or in fomenting violent demonstrations. Others, especially those in far-right fringe groups, have claimed that their longtime Jewish boogeyman, George Soros, is the one to blame. Still others hold that Floyd isn’t even dead.

None of the misinformation reflects what is happening on the streets. Reality is far more complicated and diverse than a single inflammatory tweet can capture, and the demonstrations seem to come from a groundswell of genuine rage and heartbreak rather than an orchestration on anyone’s part. People who study such movements say the country hasn’t seen anything like the last week’s events since the riots following the assassination of Martin Luther King Jr. in 1968, and conspiracy theories about who might be behind the movement only distract from demonstrators’ calls for reform.

That said, misinformation can’t be ignored either. On Sunday, President Trump officially endorsed the widespread claim that antifascist activists are behind violence at the uprisings, for which there is no real evidence, by threatening to designate them a terrorist organization. NYPD commissioner Dermot Shea amplified a dubious claim that demonstrators are hiding caches of bricks near places they intend to loot. (Some theorists blame antifa for the bricks, and others, a police or government attempt to discredit demonstrators.) Conspiracy theories aren’t just for 4chan anymore—they’ve seeped into everyday discourse, inextricable from the news itself.

Misinformation loves misery. The quality of information people circulate tends to suffer during and after any crisis. “Theories and rumors are ways to make sense of things that can be overwhelming and difficult to understand,” says Brian Houston, who researches disaster-related mental health and communication at the University of Missouri. “The fundamental mechanisms that are going on are the same whether it’s a protest or a hurricane.” The idea that so many Americans are fed up with how people are being treated by law enforcement is tough for some to process, so they turn to shadowy alternative explanations. Still, Houston thinks the conversations around the ongoing protests are particularly saturated with rumor and misinformation. “Hurricanes and pandemics are still political, but this is a supercharged moment for group identity and social identity,” he says. “Our political values are activated so quickly.” That’s why many of the theories being bandied about are so familiar: They’re the conspiracy theory equivalent of stump speeches.

In left-leaning misinformation circles, the overwhelming information to avoid is the violence and destruction of property that has accompanied protests. “I think the hard truth is that among the pain, anger, and protest, there are some who are taking their justified rage to dangerous places, and there are some who are taking advantage of that pain for their own ends,” says Adam Klein, who studies propaganda and extremism at Pace University. “It is easy, and perhaps politically expedient, for some to find a boogeyman in all this to blame it on.” The most common scapegoats have been Russian operatives and especially neo-Nazis and alt-righters. There is little evidence for either theory. “Are [white supremacists] coming and watching? Sure,” says Spencer Sunshine, a longtime researcher of the far-right. “But for practical purposes, they’re irrelevant actors. Nobody is organizing this shit.”