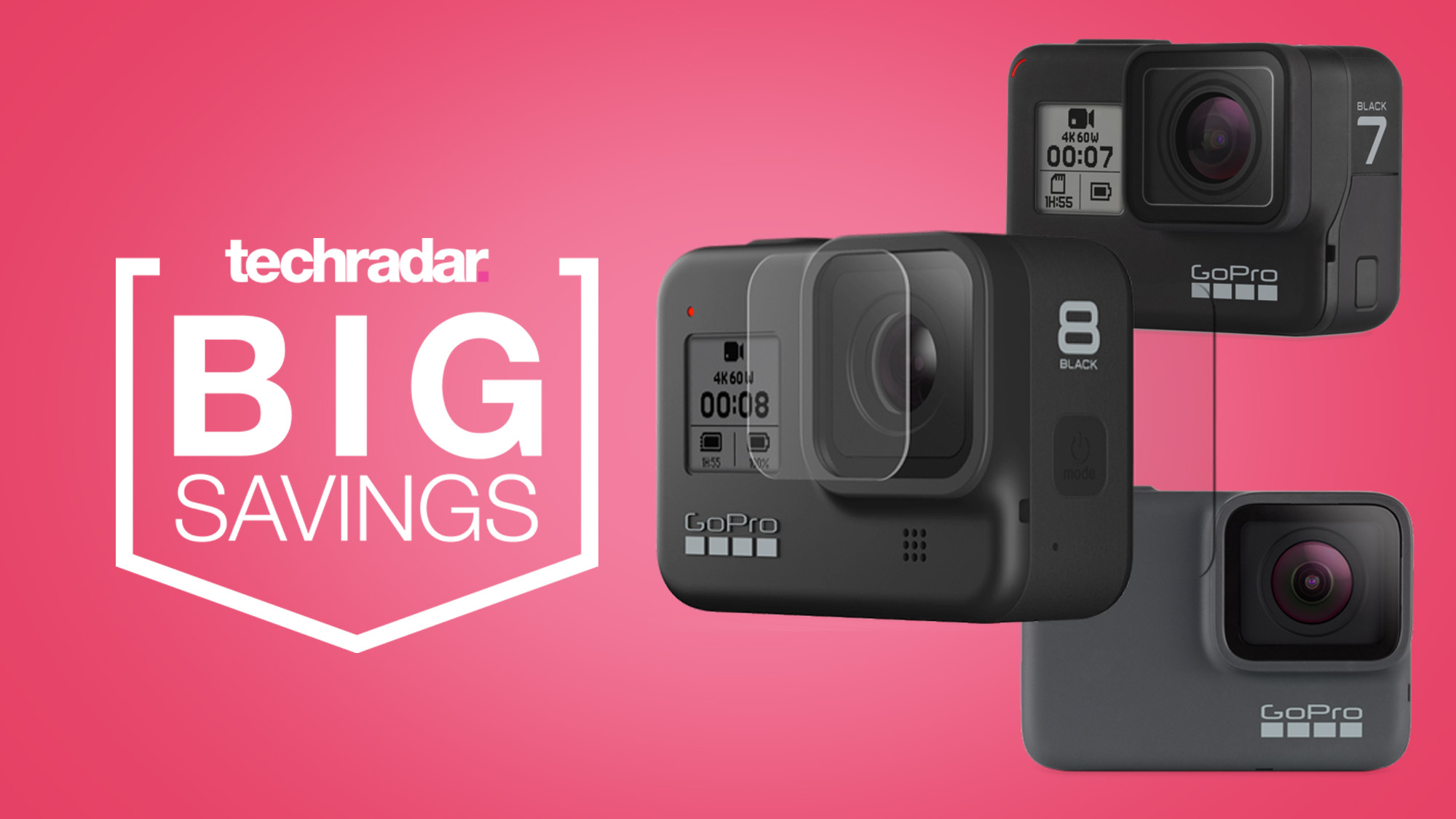 GoPro deals can save you up to $100 / £90 on premium Hero 7 and Hero 8 models this weekend – excellent news if you’ve been getting better acquainted with your bike over the last few weeks. Not only are we seeing these discounts on the older generation of GoPro action cameras, but the latest Hero 8 Black model is also sharing in the fun.

These GoPro deals will serve anyone looking to shoot high octane footage on the go, and with a wide selection of professional features on offer you’re also getting premium control over your video. If you’re just after cheap action camera deals and sales under $100, however, we’ve got you covered.

GoPro deals in the US

GoPro Hero 8 Black | $299.99 at Best Buy
Save $100 on the GoPro Hero 8 Black at Best Buy this weekend. The latest premium action camera to hit the market boasts enhanced versions of every Hero 7 Black feature as well as improved HDR for still photos and automatic horizon levelling.
View Deal

GoPro deals in the UK

GoPro Hero 7 Silver | £179 at Currys
The cheapest GoPro currently worth buying, the Hero 7 Silver offers an easy to use 4K action camera for well under £200 this week at Currys. You’re dropping down to 30fps at this price, and though there’s still impressive video stabilisation there’s no HyperSmooth like the Black model. You’re still picking up fantastic image quality, however, with a range of extra features and shooting modes to explore.
View Deal

GoPro Hero 7 Black | £289 at Very
Upgrade to the previous generation of the Black model to get to grips with 4K recording at a glorious 60fps rate. Hyper Smooth, voice control, and live HD streaming are all available here, and for £90 off at Very.
View Deal

GoPro Hero 8 Black | £327.99 at Amazon
Amazon is offering the GoPro Hero 8 Black for £50 off right now in a return to a previous sales price from earlier in the year. That means if you’re after high-end 4K with buttery smooth framerates and image stabilisation, you’ve got another chance to pick up this great GoPro deal.
View Deal

If you’re in it for the long game, you can always hold on until Amazon Prime Day 2020, but with so much up in the air nothing’s for certain right now.