This Is My Brain on Salvia 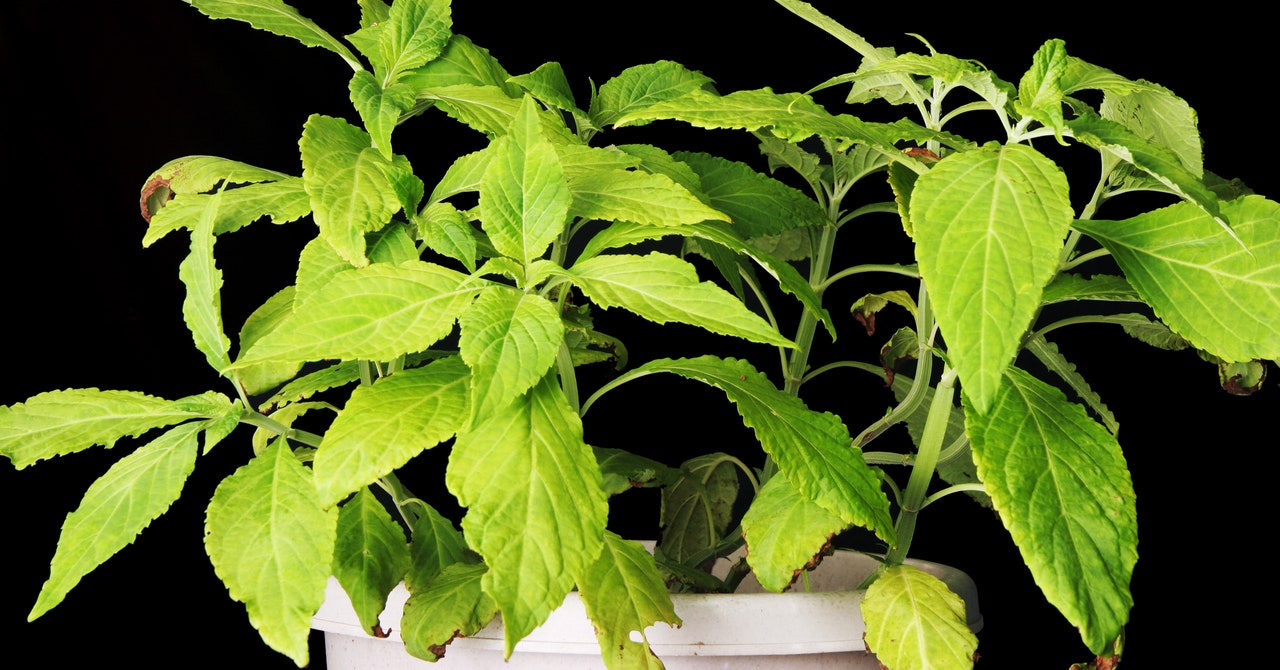 When your attention turns inward, the communication between the brain regions in the default mode network syncs up like musicians in an orchestra. Other fMRI studies of volunteers high on better known psychedelics like LSD and psilocybin, the psychoactive molecule in mushrooms, have also shown decreases in coupling among the areas involved in this network. It’s as if the musicians in the orchestra stop following a central conductor and each start keeping time with separate metronomes. Some researchers think that the decreased activity between these network connections is part of the essence of what makes psychedelic drugs so psychedelic.

But the Johns Hopkins researchers think this is not the whole story. “Research on classic psychedelic drugs like LSD, psilocybin, and DMT has been focusing on the default mode network because it has been hijacked by a Freudian narrative that requires a concrete ‘ego,’” says Doss, referring to the psychoanalytic concept of self. This, he says, has caused researchers to focus less attention on changes in activity elsewhere in the brain, even though those changes are often larger than in the default mode network. Moreover, non-psychedelic drugs including cannabis and alcohol also cause decreases in default brain network activity, which complicates the idea that it might be the root of a psychedelic experience.

The fact that salvinorin A selectively targets the network only adds to the confusion, because it’s so different from classic psychedelics in most other respects. Perhaps the biggest difference is that while most psychedelics primarily act on serotonin receptors, salvinorin A acts on the kappa opioid receptor, which seems to play a role in regulating pain and modulating the effects of common opioids like morphine and fentanyl. “Salvinorin A is unique as a kappa-opioid agonist that has psychedelic-like effects, and this calls into question whether reduced default mode network connectivity is really a specific mechanism of ‘classic’ psychedelic drugs,” says Fred Barrett, a neuroscientist at Johns Hopkins and a coauthor of the study.

In other words, what’s interesting about the team’s results is that they seem to show that salvinorin A isn’t special among psychedelics when it comes to decreasing activity in the default mode network. It’s an atypical psychedelic in pretty much every way, yet its neurological effects are stronger in the brain network that many researchers think are key to experiencing the effects of classic psychedelic drugs than those drugs themselves. “Considering salvinorin A has subjective effects quite different from classic psychedelics, it certainly doesn’t bode well for the idea that the default mode network is key to their effects,” says Doss.

The molecule is produced naturally in salvia divinorum, a type of sage in the mint family. The plant is endemic to southern Mexico, where it has been ingested ritualistically by indigenous peoples for centuries. But it wasn’t introduced to researchers in the United States until 1962, when Harvard botanist Gordon Wasson described its psychoactive effects and botanical classification. It took another 20 years before scientists isolated its primary psychoactive ingredient.

“Salvinorin A challenges our conception of what psychedelics are,” says Peter Addy, a psychotherapist who has done extensive research on the subjective effects of salvia while working at Yale and wasn’t involved with the Johns Hopkins study. “It’s the only psychoactive substance that is more potent than LSD. Taking an incredibly small amount of salvinorin A produces an incredibly large effect in consciousness.”

Part of the reason for the scientific establishment’s neglect of salvinorin A may have to do with how many people find its effects deeply unpleasant. Compared to LSD and psilocybin, which became emblematic of the 1960s feel-good mindset, salvinorin A comes on fast and can make a person feel like they’ve left their body, which has probably turned many people off from using it recreationally. Indeed, it’s one of the few well-known psychedelics that isn’t a federally controlled substance under Drug Enforcement Administration regulations, although its use is outlawed in several states.