TikTok Is Full of Guns 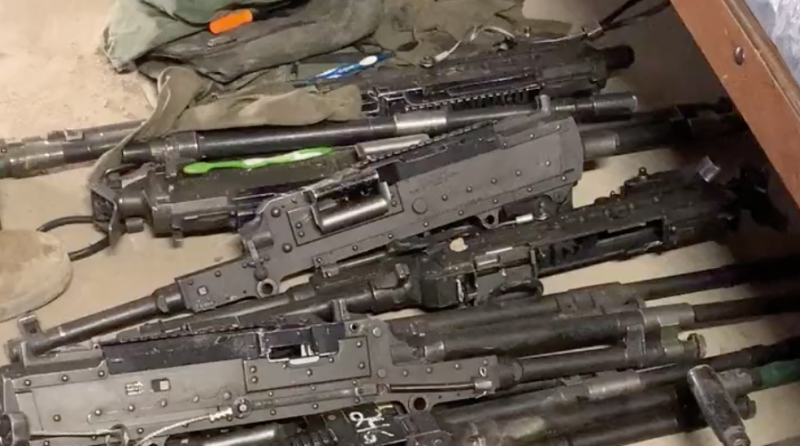 TikTok’s community guidelines would appear to be pretty clear on the subject of guns. The house rules state that users may not post content that “displays firearms, firearm accessories, ammunition, or explosive weapons,” with exceptions for cops, educational and fictional settings, military parades, and “safe and controlled” environments such as shooting ranges. But guns are easy to find on the platform, where users show off their firearms in bathrooms, bedrooms, and front yards. Many such videos can be found under the hashtag “boogaloo,” a right-wing extremist reference to a proposed second Civil War.

In one #boogaloo video, a man shows his “quarantine attire” gradually evolving from a simple handgun in the waistband to an assault rifle and full warzone regalia. In another, a man claiming to live in his car pans over to his “AR” in the passenger seat and tells viewers that he believes he’s being watched, adding, “We’ll see how tonight goes.” Yet another #boogaloo video shows a masked man carrying multiple rifles telling the camera that world governments “have us right where they want us.” “But we’re ready for it,” he adds, chambering a round. (“Learn the facts about COVID-19″ a TikTok infobox below helpfully suggests.)

Threats of violence are no less of a problem on TikTok than other social media sites. Last year alone, high school students in Florida, Oregon, and Washington were reportedly arrested for posting alleged school shooting threats on TikTok. The platform seems to have inspired at least one firearm-related crime as well: In March, a 32-year-old man in India was reportedly arrested for firing shots into a police officer’s house for a TikTok video.

In general, TikTok has opted for more stringent moderation than most social media companies. That includes banning “underage delinquent behavior” and the platform has allegedly censored political critiques and shadowbanned users it considers unattractive and poor. TikTok does appear to be monitoring firearms to the extent that users posting gun videos often urge viewers to share their work before it gets removed, but such content persists.

On Thursday afternoon, Gizmodo alerted TikTok to the gun content we discovered. Without addressing specific videos, a spokesperson responded on Friday that the company takes action against reported behavior that violates community guidelines, including removing content or accounts.

The spokesperson confusingly added that TikTok makes a distinction between using firearms in unsafe settings and merely displaying them in unsafe settings. In a followup email, the spokesperson stated that the platform does allow the display (but not use) of firearms in settings “such as a bedroom” where they would be unsafe to use. It’s not clear how this comports with the edict stated on TikTok’s website: “Do not post: Content that displays firearms, firearm accessories, ammunition, or explosive weapons.”

It’s reasonable to wonder whether any company can handle the burden of moderating a platform with 800 million active users. But as Vice pointed out earlier this week, journalists are responsible time and again for pointing out easily searchable ToS violators—ones who then go viral and become martyrs to their followers after their content is removed. Instead of waiting for the next all-hands-on-deck PR emergency, platforms could take a hint from real-world events like yesterday’s armed protest at the Michigan Capitol building. Could gun videos encouraging an armed uprising in America result in actual violence? seems like an appropriate question for the week.