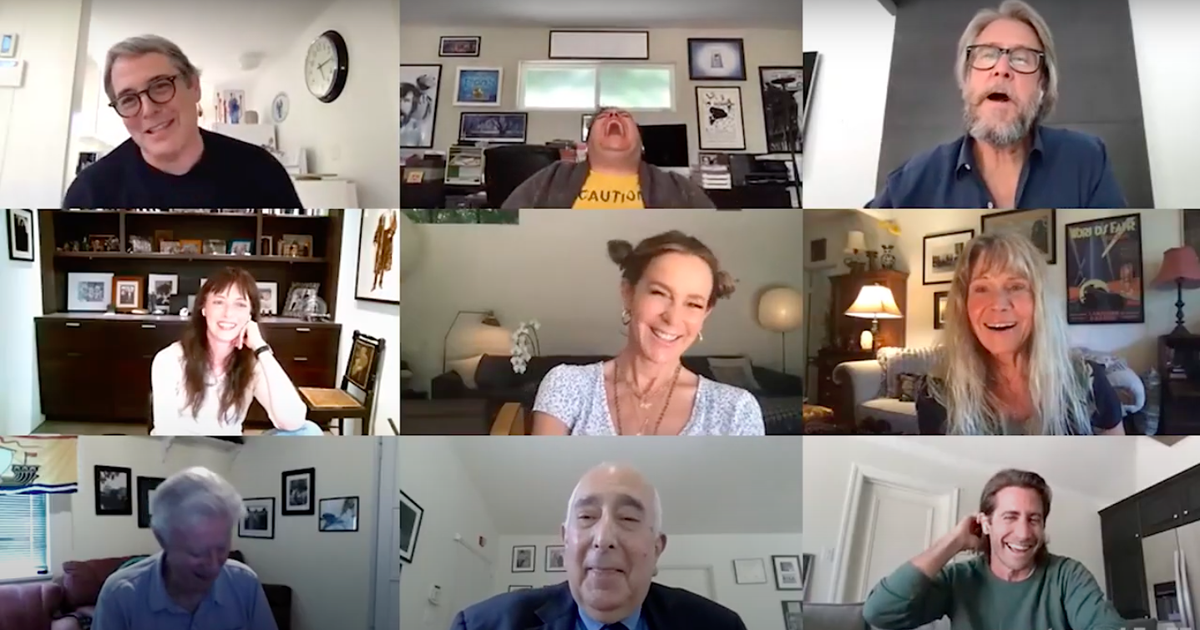 In the last episode of Josh Gad’s Reunited Apart for a while, the host and superfan brought together the cast of Ferris Bueller’s Day Off, arguably the quintessential ’80s movie. Matthew Broderick, Alan Ruck, Mia Sara, and Jennifer Grey joined Gad over video call for a chat about their memories of the shoot, as did Lyman Ward and Cindy Pickett (who played Ferris’ parents) and Ben Stein, the economist and occasional actor responsible for “Bueller?… Bueller?… Bueller?” (He can also still do that improvised monologue about the Hawley-Smoot tariffs, and it’s still super boring.)

Gad also brought in Jake Gyllenhaal to quiz the cast on some seriously obscure Ferris trivia, and High School Musical director Kenny Ortega to talk about the one-take perfection and joyous legacy of the parade scene, which he choreographed.

But this reunion wraps up with a star-studded remembrance of writer-director John Hughes, who died in 2009, featuring plenty of familiar faces reenacting their most iconic lines. We get Molly Ringwald, Steve Martin, Michael Keaton, Catherine O’Hara, Judd Nelson, and Anthony Michael Hall to Curly Sue‘s Alisan Porter and a flawless Kristy Swanson moment worth watching to the end for. It’s a tribute to the relentless quotability of Hughes’ filmography, but also just how many actors have some extra time on their hands right now to do a quick favour for Josh Gad.