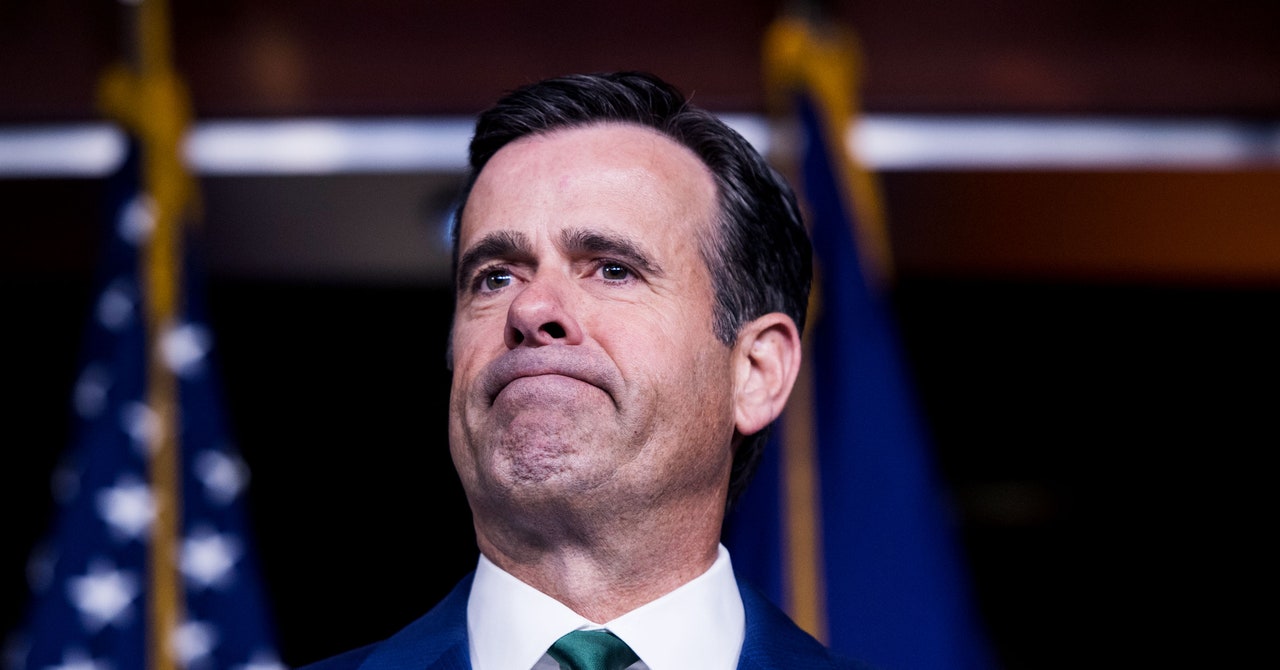 Amid the constant onslaught of troubling headlines that is daily life under the Trump administration, it’s hard to know what’s more dangerous: The confirmation of John Ratcliffe to be the director of national intelligence—or what comes after it?

Perhaps the clearest sign that three-term Texas congressman Ratcliffe is manifestly unqualified to serve as the nation’s director of national intelligence isn’t the fact that he embellished his resume, nor that a only minority of the US Senate would vote to confirm him, nor that the first time he was floated for the post last summer he was so soundly rejected that he withdrew almost immediately.

Instead, it’s that years before just 49 senators of the 116th Congress—all Republicans—voted to confirm him last week as the head of the nation’s 17 intelligence agencies and the president’s top intelligence advisor, the 108th Congress tried to stop a man like Ratcliffe from assuming that very role in the first place. They wrote into the law that created the job, 50 U.S. Code § 3023, “Any individual nominated for appointment as Director of National Intelligence shall have extensive national security expertise.”

A quick resume reel of Ratcliffe’s predecessors makes clear the yawning chasm of experience between him and the five men who have held the role. The first DNI—confirmed by the Senate 98-2—was a career foreign service officer, former staffer on the White House National Security Council, four-time ambassador, and had just wrapped up four years serving as the ambassador to the United Nations and the US envoy to Iraq after the 2003 invasion. The next, confirmed by a simple voice vote, spent 30 years in naval intelligence, was a vice admiral, the head of intelligence on the Joint Chiefs of Staff during Operation Desert Storm, and head of the National Security Agency. The third, confirmed unanimously, was also a Navy admiral, a Rhodes Scholar, lifelong intelligence officer, veteran of two White Houses, associate director of the CIA, and the one-time head of Pacific Command.

Nowhere else in life would we tolerate such inexperience.

The fourth, also confirmed unanimously, put even those sterling resumes to shame: a career Air Force intelligence officer and retired lieutenant general with a nearly 40-year career that included stints heading the Defense Intelligence Agency, the National Geospatial-Intelligence Agency, as well as serving as under secretary of defense for intelligence, the Pentagon’s top civilian intelligence post responsible for overseeing four separate agencies—the DIA, NGA, NSA, and the satellite-focused National Reconnaissance Office—and roughly half of the country’s entire $60 billion-a-year intelligence budget.

The fifth DNI, President Trump’s first choice for the role, former senator Dan Coats, previously set the lowest bar for experience, yet even he had still spent a quarter-century in Congress, including years on the Senate Intelligence Committee, and served for four years as ambassador to Germany, one of the country’s most important foreign security allies.

Ratcliffe, the Trump loyalist and congressman from Texas’ fourth district, is best known for his fiery hearings performances cross-examining witnesses like special counsel Robert Mueller and, last fall, during the impeachment proceedings.

A longtime personal injury and medical malpractice lawyer, Ratcliffe once told his law school alumni magazine, “I just wanted to hang out my shingle and start making money.” He served a decade as the part-time mayor of Heath, Texas (population 8,000) and, midway through his career, spent four years as a federal prosecutor in Texas. Elected to Congress in 2014 on the Tea Party wave, he has served in Congress for five years and is in his first term on the House intelligence committee.

When the congressman’s name was floated for DNI last summer, the already-thin justification of his national security “experience” evaporated almost immediately. Precisely two sentences of his official biography dealt with anything related to national security. Both proved to be inaccurate embellishments.