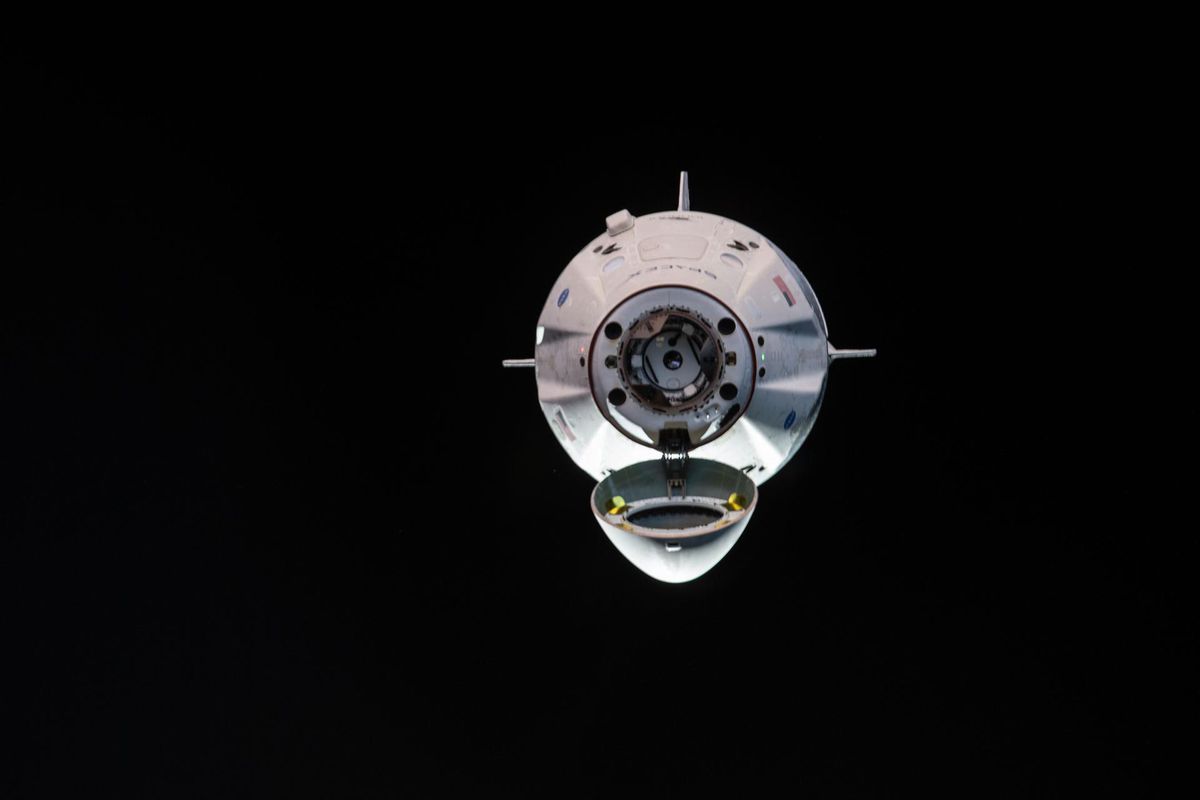 Later this month, SpaceX’s new Crew Dragon spacecraft will take its first human passengers to the International Space Station — and now you can get a firsthand view of what they’ll be seeing when they approach the orbiting lab. Today, SpaceX released a new online simulator that allows users to try their hand at manually docking with the ISS using the Crew Dragon’s controls. Spoiler alert: it’s actually pretty hard!

The simulator begins with your Crew Dragon vehicle radically askew in space. Ahead, a virtual recreation of the International Space Station awaits, but the docking system on your Crew Dragon is pointed at an angle away from the port with which it needs to align. Luckily, there are plenty of controls to fix the vehicle’s position and approach the station. But remember, in space, it’s not as simple as moving forward, backward, or turning. You’ve got six degrees of freedom, so you also need to be pitched properly and roll the vehicle to its right orientation.

In the simulator, controls on your left manipulate the Crew Dragon’s translation: its movements forward, backward, up, down, and side to side (though in space, this is all relative). The controls on the right manipulate the vehicle’s pitching, yawing, and rolling. A heads-up display will let you know if you’re moving in the right way. But also don’t expect to reach the ISS at a brisk pace. Docking in space is a slow process, with the tiniest motions going a long way. So if you have some time to spare, you can see if you’re able to perfectly orchestrate the right clicks to get your spacecraft into its parking spot.

Actual astronauts riding inside Crew Dragon won’t need to manually dock the vehicle if all goes well. The vehicle is designed to automatically dock with the International Space Station without the need of any user input. Still, all of the astronauts are trained to take over the controls of the Crew Dragon if necessary, and SpaceX’s first passengers — NASA astronauts Bob Behnken and Doug Hurley — will do some manual flying on their mission, just to test out the system.

After a few rounds of the simulator, you’ll get a little glimpse of what it’s like to park a spaceship. Just don’t do what I did and go too fast; you’ll dent the ISS.