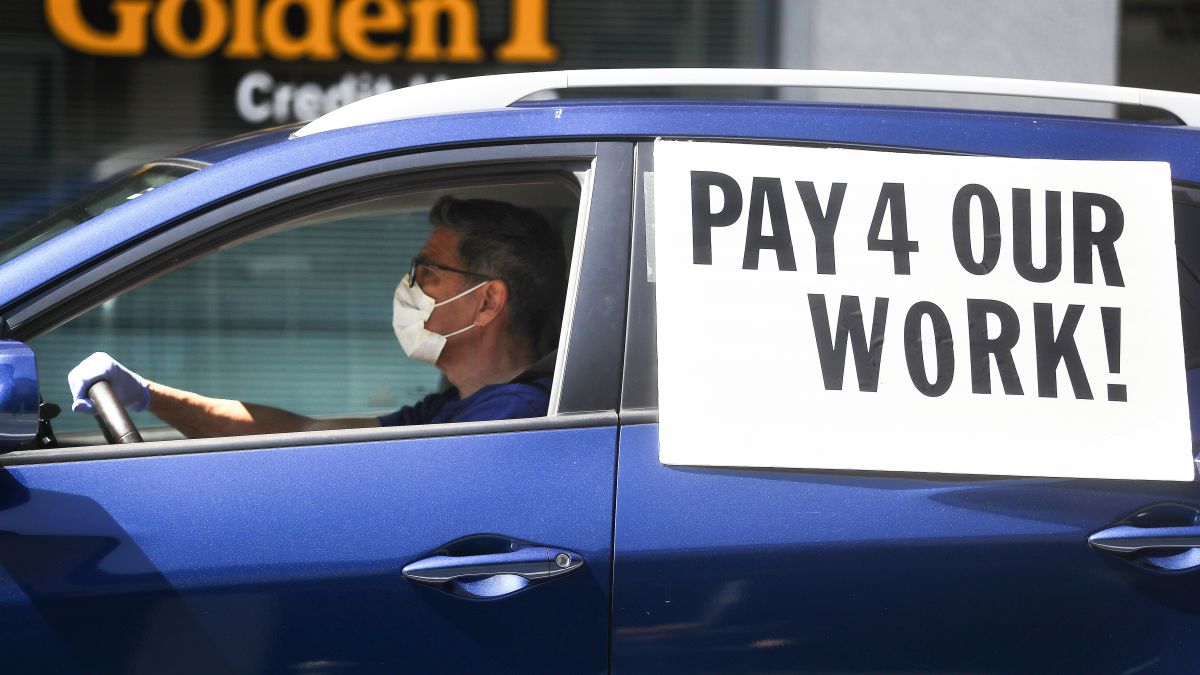 Uber, which has maintained for years that it’s not actually a car service and that the people who do drive cars for Uber are actually its customers, has made a startling heel-turn and plans to offer some healthcare benefits to workers. Or maybe it’s not so startling. The announcement comes days after California sued the company, as well as Lyft, for violating a new state labor law that clamps down on the gig economy’s loose classification of workers as independent contractors, rather than employees, who qualify for minimum wage and benefits. Refusing healthcare has been an even worse look for Uber lately, as its drivers are considered essential workers during the pandemic.

On Friday, Uber CEO Dara Khosrowshahi told CNBC’s Squawk Box that drivers would receive health care benefits on a “sliding scale,” depending on the hours they put in, and he said that the money would come from a fund set aside by Uber to pay healthcare benefits and minimum earnings. But when asked by Squawk Box’s Becky Quick about the difference between calling someone an employee and setting up healthcare benefits for them, Khosrowshahi dodged.

“I think a lot of full-time employees get different healthcare coverages, so it’s difficult to generalize and say that it’s going to be equal to x or y, but what we’re aiming for is healthcare that would be generally comparable and looks to protect you and a minimum earnings based on hours worked.”

It’s unsurprising that Khosrowshahi would swat away the “employee” question and drop another big question mark for people who “don’t want to work”—presumably people who don’t work for Uber?—and therefore wouldn’t get benefits. Uber and Lyft have long fought strikes and lawsuit after lawsuit, and then the law AB5 before it went into effect on January 1st, asking a judge to block the law. In September, Uber’s chief legal officer Tony West said that the company wouldn’t consider drivers employees under the law because “drivers’ work is outside the usual course of Uber’s business, which is serving as a technology platform.”

In March, Khosrowshahi wrote to Trump asking that Uber drivers be included in the economic stimulus provisions, writing that U.S. labor law should account for a “third way” of generating income. The CARES Act does allow for Uber drivers to file for unemployment, but drivers have reported that Uber support hasn’t helped to provide the necessary documentation.

Of course Uber wants a “sliding scale”; sliding scales defy black-and-white definitions like “employees,” and employees come with “rights,” which Uber would prefer to dole out (or not) on its own terms.