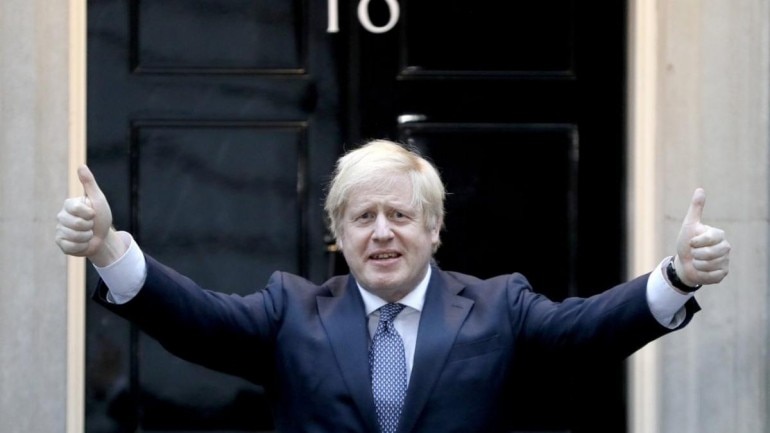 UK Prime Minister Boris Johnson on Sunday said that the doctors who treated him were prepared to announce his death as he battled covid-19, the disease caused by the novel coronavirus, according to a report in the Sun. Johnson said there was a strategy to deal with a “‘death of Stalin’-type scenario.”

In an interview with the Sun, Johnson reportedly said he remembered feeling frustrated and couldn’t understand why he wasn’t getting better. He said the doctors had arrangements for what to do if things went “badly” wrong. Nonetheless, he maintained that “the bad moment” came when there was a 50 percent chance that doctors were going to have to intubate him and put him on a ventilator.

“That was when it got a bit . . . they were starting to think about how to handle it presentationally,” Johnson said, per the Sun.

Covid-19 patients are put on ventilators when they can’t get enough oxygen because their lungs are so damaged. Ventilators give the body more oxygen than nose prongs and give the lungs time to recover on their own.

The details Johnson offered about his condition in the Sun were in stark contrast to the government’s earlier public statements, which were often reassuring but did not reveal details about the prime minister’s health. One such statement described Johnson as being in “good spirits” and “stable” during his first night in the ICU.

In addition, the government said at the time that the decision to transfer the prime minister to the ICU was made as “a precautionary step in the event that he were to need ventilation.”

Initially, Johnson said he didn’t realize how serious his illness was. He tested positive for the coronavirus in late March and proceeded to self-isolate at 10 Downing Street. At that time, he was experiencing mild symptoms, including a fever and cough, but continued to work from home and lead the government’s response to the coronavirus pandemic.

“The thing was, I was in denial because I was working and I kept doing these meetings by video link,” Johnson said in the Sun report. “But I was really feeling pretty groggy, to be totally honest with you. I was feeling pretty wasted—not in an intoxicated way, but just, you know, pretty rough.”

He said his doctors proceeded to recommend that he go to St. Thomas’ hospital in London, although he didn’t want to. In the end, Johnson said the doctors had to force him to go, which he now concedes was the right move.

Johnson was never put on a ventilator, but he did receive oxygen through a mask and a “nose jobbie” and stated that he “was going through liters and liters of oxygen for a long time.”

Although he acknowledged the seriousness of his condition in the interview, when he was at the hospital he recalled thinking that this would not be the end. Johnson left the hospital in mid-April and returned to work the last week of April.

That same week, his fiancée Carrie Symonds gave birth to their son, Wilfred Lawrie Nicholas Johnson. The baby is named after both of their grandfathers. In addition, the name “Nicholas” is a tribute to the doctors that treated Johnson for covid-19, Dr. Nicholas Price and Dr. Nicholas Hart, who Symonds credits with “[saving] Boris’ life.”

According to the Johns Hopkins Coronavirus Research Center, as of Sunday, the UK, with 187,840 cases, has the fourth-largest amount of confirmed covid-19 cases in the world after the U.S., Spain and Italy. There have been 28,446 deaths in the country.