Updates From House of the Dragon, The Old Guard 2, and More 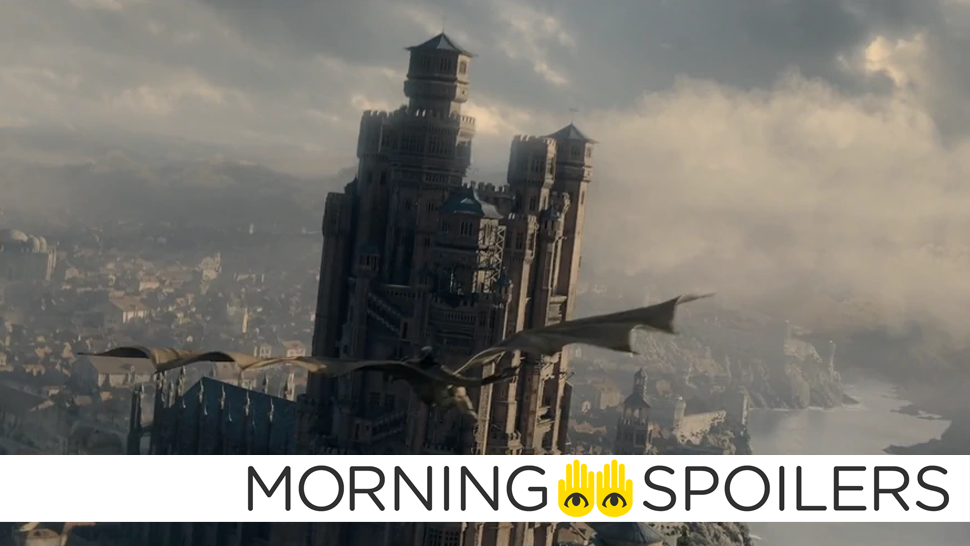 Charlize Theron recently shared a couple of photos from the set of The Old Guard 2 on Twitter.

Without revealing anything about the plot, a new two-and-a-half minute Nope featurette hypes the film’s impressive scope and massive scale.

NOPE | It Takes A Village Featurette

Minions: The Rise of Gru

The Minions make an ever-so-timely reference to The Office in a new promo for The Rise of Gru.

Speaking of timely references, Constance Wu paints Lyle the Crocodile like one of her French girls in the trailer for Sony’s live-action Lyle, Lyle Crocodile.

Meanwhile, the trailer for Smile asks, “What if the entity from It Follows smiled more often?”

The Percy Jackson series has added Charlie Bushnell, Dior Goodjohn, and Olivea Morton to its cast.

House of the Dragon

HBO Max also released a new poster for its Games of Thrones prequel, House of the Dragon.

Camarilla is poising the Mycelium in the trailer for next week’s episode of Motherland: Fort Salem.

Tom Swift must “save [his] relationship with [his] mom while heisting the [latest] capsule piece” in the trailer for next week’s episode.

Clark comes out of hiding in the trailer for next week’s season finale of Superman & Lois.

Finally, Barry demands justice for Iris in the trailer for next week’s season finale of The Flash.

Want more io9 news? Check out when to expect the latest Marvel and Star Wars releases, what’s next for the DC Universe on film and TV, and everything you need to kno