Urchin Slayers Are Trying to Save the Underwater Rainforest 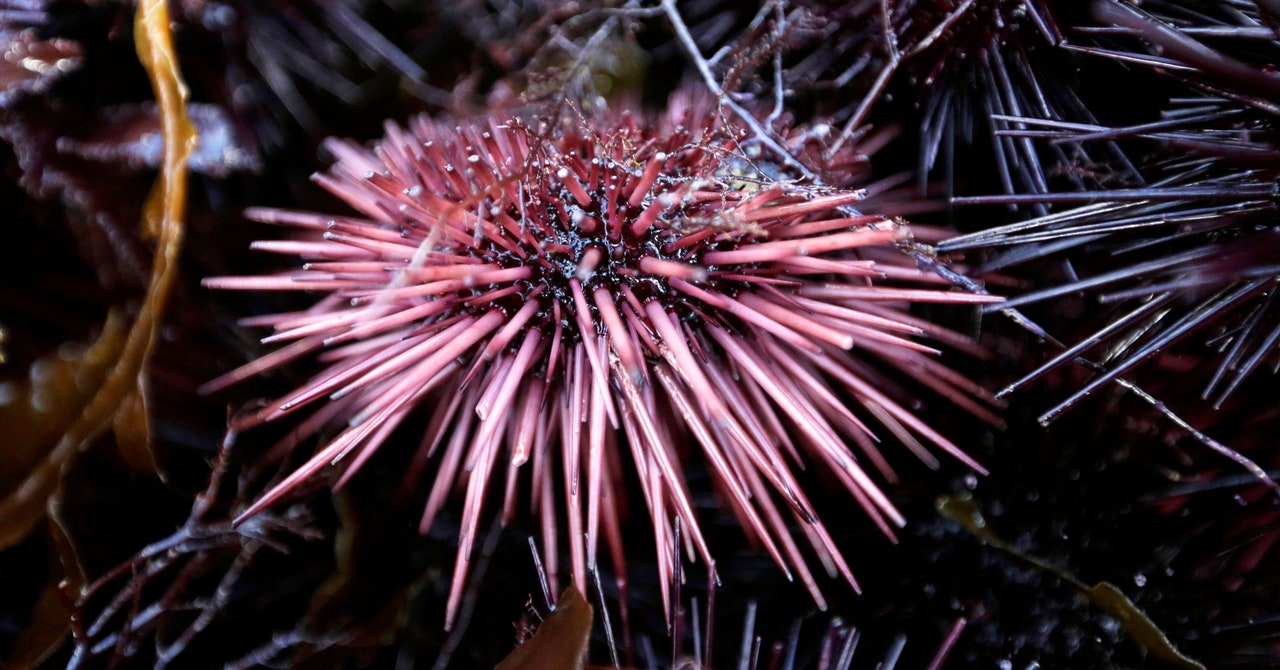 This story originally appeared on Grist and is part of the Climate Desk collaboration.

Grant Downie had been out of the Pacific Ocean for about 10 minutes when he realized he could no longer see out of his right eye.

The second-generation commercial diver had been deeper beneath the waves than usual searching for his catch—red sea urchins prized by restaurateurs for their uni, or sushi-grade gonads. But the red urchins, which dwell in underwater kelp forests, had gotten harder to find in recent years. And each additional foot of depth forced more nitrogen into his bloodstream, upping his risk for dangerous bubbles lodging in his body or brain.

This time, with half of his vision a wall of black, he feared he’d finally pushed his body too far. Though his right eye regained its function 20 minutes later, the 33-year-old decided he was done with such risky dives, even if the decision would end up costing him income.

“I knew that was it for me,” Downie said last March, about seven months after the incident, which took place off the coast of Fort Bragg in Northern California. “I’ll probably go down to 65 feet, but I don’t know if I’ll do that deep, deep edge. It’s getting harder and harder for the guys that are still trying to go.”

Anyone who depends on California’s kelp forests for their living can tell you that something is very wrong below the surface of the Pacific. It’s not just the red urchin population that is on the decline. Gone is much of the kelp, the dense, autumn-toned canopies of seaweed that once provided food, shelter, and safe haven to hundreds of marine species—from sea otters to abalone, rockfish to brittle stars. Where lush strands of giant kelp or whiplike bull kelp once swayed, entire swaths of the underwater forests have been razed to nubs by one particular predator: the purple urchin.

People sometimes refer to purple urchins as the “zombies” of the sea—a result of their prodigious hunger and formidable survival skills. (They can survive in “starvation” mode for years.) Resembling spiky, baseball-sized pom-poms, purple urchins are omnivorous, consuming everything from plankton to dead fish. But they are particularly fond of kelp, and they can chew through the holdfasts that anchor each strand to the seafloor.

The resulting “urchin barrens,” as divers call them, can stretch hundreds of miles, with scientists reporting earlier this year that some Northern California kelp forests have suffered 95 percent loss since 2012.

Kelp are key to much of the West Coast’s marine biodiversity. Like terrestrial forests, kelp (technically a form of brown algae) are important carbon sinks, converting sunlight and carbon dioxide into leaves and canopies. But unlike trees, which return much of that carbon to the atmosphere as they decompose, dead kelp has the potential to sink down to the bottom of the sea, providing a natural form of sequestration. With the kelp forests razed to nubs and starving urchins lying in wait on the seafloor, that cycle has been severely disrupted.

Parts of the West Coast have seen as much as a 10,000 percent increase in purple urchins over a five-year period. The huge numbers of “purps,” as commercial divers call them, have shaken communities along the coasts of California and southern Oregon. As a result, many kelp lovers—commercial fishermen, recreational enthusiasts, scuba divers, and scientists, to name a few—have grown increasingly desperate to take the purple sea urchin infestation into their own hands, often armed with hammers and dive knives.