VanMoof S3 and X3 Review: Ready for Any Commute 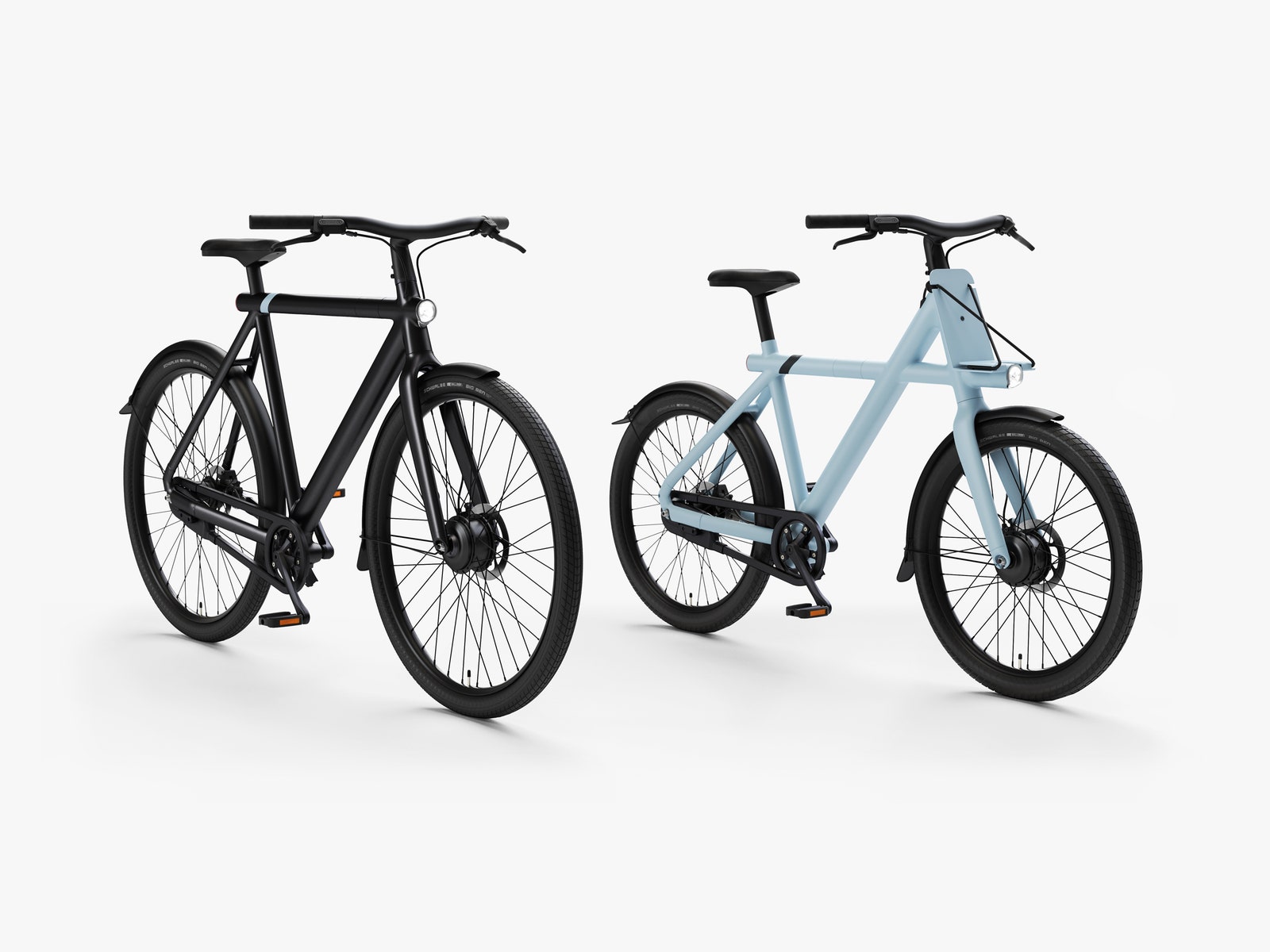 The new VanMoof is a very good looking bike, but I was still surprised how much of a conversation piece it became as I rode it around New York city. People regularly walked up to ask about it, and little crowds actually formed around it when I grabbed a bite to eat near Central Park, which was honestly kinda scary during a pandemic. The last thing I rode that got this much attention was a bright red, late-’60s-design Corvette.

I put more than 130 miles on the VanMoof S3 (the company is Dutch; “Moof” rhymes with “loaf”), and I was rough on it. For a week and a half, it was my only transportation all over New York, which is an absurdly difficult place to bike at times. I ran packages to the UPS Store, bounded over SoHo’s fender-shaking cobblestones and the Brooklyn Bridge’s wood slats, hit unavoidable potholes in East Williamsburg, and survived a couple slam-and-rams from Spandex-clad cyclists. The S3 held up.

The S3 and X3 each cost $2,000 and come with four-speed automatic shifting and hydraulic brakes. Both models are a lot cheaper than the S2 and X2 they’re replacing, which were $3,400 bikes with two-speed automatic shifting and cable brakes. Even though these models are much cheaper, nothing about them feels downgraded. The frame construction hasn’t changed, although the paint now has a matte finish to prevent scratches. VanMoof attributes the price drop to the fact that it’s moved production to a new factory which churns out bikes more efficiently.

The range per charge seems to fall between 37 and 93 miles, depending on the level of pedaling assistance you select in the smartphone app. Level 0 turns off electric pedal assist completely, and level 4 gives you a heavy boost at all speeds.

One day, I took the S3 out on a 47-mile journey from Queens, over the Brooklyn Bridge, and into the Bronx and back to see how it dealt with the hills of Upper Manhattan along the route. That trip sucked up 94 percent of the battery, which isn’t bad, especially considering that I wasn’t making any attempt to be economical and was using power level 3 the whole time. (That’s my favorite level, giving enough boost to keep me speeding along and still providing decent range.) There was a lot of stop-and-go traffic in the Financial District, and once I got to Riverside Park I worked it to the maximum speed of 20 miles per hour as often as I could. You can extend the range if you ride a little more easily, but even if you’re a power hog you’ll have enough battery for a work commute and a daily errand run without worrying about the battery. The frame’s top tube has an array of LED lights that show the battery’s charge level whenever the bike is on, and show the current speed whenever you’re moving.

The VanMoof is driven by a front hub motor. In European markets, continuous power is limited to 250 watts. If you go into the app and select the US setting and swipe away a disclaimer, the motor will allow the full 350 W of continuous power. Peak power is 500 W, and when you hold down the Boost button on the right handlebar, the motor puts out a healthy 43.5 foot-pounds of torque, about double what you could get out of the older S2 and X2. When red lights turned green, I could launch ahead of any car next to me. The standard electric pedal assist was strong enough to easily bring me up to a comfortable speed from a standstill in normal riding, though, so I only tended to activate Boost when I had to dip into traffic, get ahead of a car quickly, or ride up a hill.

Both the S3 and X3 have available front and rear racks that you can buy as accessories. So, you can attach pannier bags, cargo boxes, or a child seat if needed.

VanMoof does not want your bike to get stolen. Everything except the handlebars and seat post are held together by security bolts and nuts that require unusually shaped tools, so a thief is unlikely to have the kind of screwdriver required to steal your bike parts. The headlight and taillight—which can be programmed to turn on and off automatically—are integrated into the frame and can’t be easily stolen, either. The tires are puncture-resistant Schwalbe Big Bens that live underneath metal fenders with integrated mud flaps. I ran through a few mystery puddles to test out the fenders and made it through dry.

There’s also a kick lock on the rear hub that you tap with your foot. It locks the rear wheel so it can’t turn and activates the antitheft system. If anyone touches the bike when it’s locked, it blasts out a very loud, angry sound that will likely scare everyone nearby. If a thief isn’t deterred by the judgmental stares or an immobile rear wheel, and they drag the bike down the sidewalk for a full minute (why so long, VanMoof?), a more persistent alarm will blare, the headlight and taillight will flash, a notification will pop up on your phone, and the bike will be rendered unusable. If this happens, VanMoof will have to reenable the bike for you.

Assuming your bike isn’t tampered with, it can sense your phone as you approach. Then, you can push the left handlebar button to unlock the rear wheel. Also, the app always displays the bike’s current location—helpful if you forgot where you parked it or if it’s stolen.

VanMoof has a three-year, $340 Peace of Mind plan that is basically a guarantee to find or replace your bike if it gets pilfered (while it’s locked). Using the bike’s built-in cellular data connection and Bluetooth, VanMoof’s team will try to track it down. You get a loaner bike in the meantime, and if they don’t recover your bike in two weeks, they’ll replace it. One big caveat: The plan is only available in certain major cities where VanMoof has a presence. In fact, getting maintenance outside of those cities may also be difficult.

Both the S3 and X3 weigh about 41 pounds, which isn’t too heavy for an electric bike, but they will shut down the electric motor once you deplete the battery to 5 percent capacity. You’ll definitely feel the extra weight when you’re pedaling a dead ebike. Recharging the 504-Wh LG-branded battery from nearly dead to 100 percent took four hours, though it could recharge to the 50 percent mark in under an hour and a half.

The most annoying part of using the bike for me was charging it. Because its battery isn’t removable, you have to park near an outlet every time it needs to feed. Like a lot of people, my apartment doesn’t have any exterior power outlets, so I had to pick up the 41-pound bike and carry it down a flight of stairs to the basement gym to recharge it. VanMoof says the stationary battery is a security feature, which may be true, but the convenience of a removable battery would make it worth the risk for some city dwellers.

It’s also a bike that requires an app more than most. Once the bike is set up the first time, you can change some settings to allow you to unlock and ride it without having to pull your phone out … but you’ll still want the app handy.

But as long as you have an easily accessible power outlet, the S3 and X3 are two great reasons to consider an electric bike.

Protect your pet with medi – fur baby alert. Sebastianus & afra köln 2012 e. The suggestion of action you should take every day to constantly generate sales and income.