Want to Study Permafrost? Get It Before It’s Gone 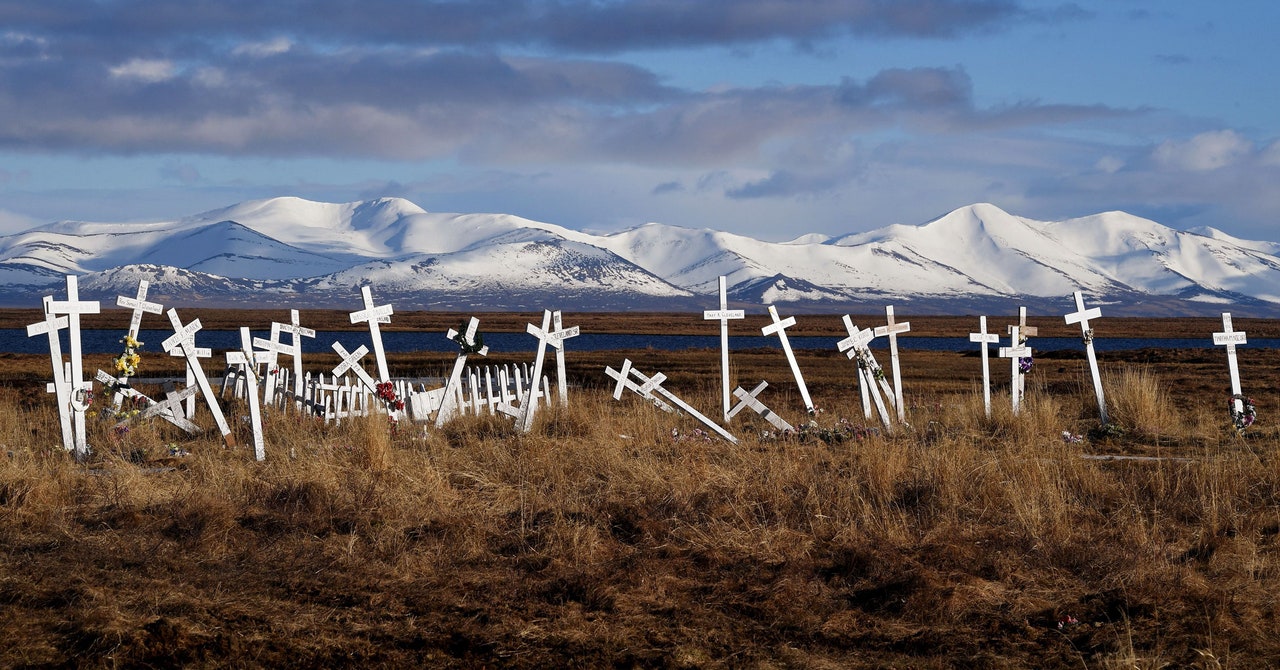 The discovery heralded a new understanding of permafrost. It was proof that life could exist in extreme places. But more ominously, it suggested that the thawing happening all over the planet could awaken both ecological processes and long-dormant organisms, and not all of them might be benign.

Emerging from the winze, the permafrost tunnel opens into a high-ceilinged gallery of water-ice patterns, each one as beautiful as an abstract sculpture. This is the newer part of the tunnel, a section burrowed out between 2011 and 2018. The drilling here exposed these massive cross-sections of ice and earth, called “ice wedges.” Some are as wide as 15 feet across. (Unusually, some of the academic scientists at CRREL dug this part of the tunnel themselves, driving heavy machinery into the earth. Douglas was not involved, but snow researcher Matthew Sturm, who holds a post at the University of Alaska, Fairbanks, described driving a skid steer, like a small bulldozer, and a research engineer manned a device called a rotary cutter, attached to an excavator.)

Ice wedges are giant spears that form when water trickles into cracks in the silty parts of the permafrost. The new ice carves out gaps where water can percolate every summer season, so the wedges gather more ice and expand over time. Here, they spread across the walls in dark, glossy, marbled forms. “Isn’t this a wild shape? It reminds me of, like, a Da Vinci sketch,” exclaims Douglas. “Doesn’t it look like an eagle, like a man becoming an eagle?” He pauses before a sheet of ice that curiously resembles a figure—a head with pointed ears, arms spread like wings atop a glassy body, and feet shaped like tree roots. The formation is accidental, frozen in place here about 25,000 years ago, but such fantastical shapes abound. A few feet away from the eagle-man is a horizontal ice-tube that looks like a diorama, with grassy bits and roots and air bubbles suspended in it. This plant matter is around the same age but looks like someone picked it yesterday and stuck it inside a glass case.

The eagle-man and every ice formation in this gallery is a slice of a wedge. By capillary action, water can also collect into lenses and chunks in the soil. Some become enormous; some remain microscopic. Most of these bits of ice are about 99 percent frozen water, with a little silt mixed in. But salts in the permafrost can lick the edges of the ice and form unfrozen bits. Here, in what are called brine channels, live other microbes. Today, these microbes are an increasingly active areas of study in the tunnel—and in permafrost research elsewhere in the world—for good reason.

In the popular imagination, microbes in permafrost are like tiny undead monsters—superbugs that waken and spread pandemics. In 2016, the Yamal Peninsula of Siberia had its first anthrax outbreak in 75 years, likely triggered when a heat wave thawed the region’s permafrost and released anthrax spores from a long-dead reindeer carcass. At least 20 people were infected, and one 12-year-old boy died. Such risks have given scientists enough pause that, in November, an international group in gathered in Hanover, Germany, to discuss them.

And microbes may have an even more disturbing role in shaping the fate of the atmosphere: It is the microbes that will determine how much of the permafrost’s carbon escapes into the air and how much can be stored again in the dirt. In 2013, Wickland and a group of her collaborators came to the tunnel to gather bits of 35,000-year-old permafrost that had been carved out of the walls during the recent excavation. They collected these scrapings in several coolers packed with dry ice, then flew with them to their laboratory in Colorado. They suspended the samples in water, then strained them like tea, and measured how much carbon dioxide leached from the water.