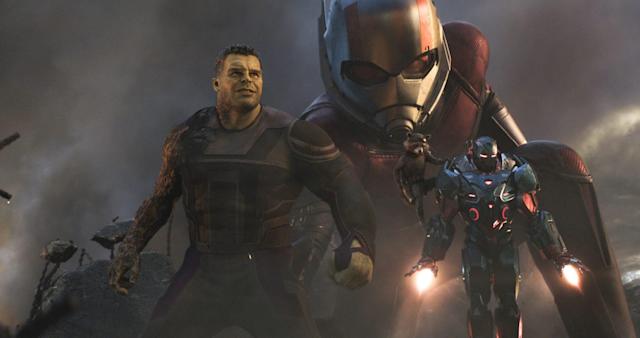 “Let me address the elephant in the room,” Paul Rudd says in character as Scott Lang, addressing the much-talked-about theory for Avengers: Endgame. “I’ve heard a lot of chatter out there asking why I didn’t shrink down, go in, and uh—kill Thanos in a really creative way. First of all, gross. Secondly, it’s much more complicated than that. Allow me to explain—”, at which point Hope (Evangeline Lilly) cuts him off because they’re about feed their guests. Perfect dinner topic for the Marvel fan I guess?

Avengers: Quantum Encounter then continues to include a multiple-course dining experience that gets drawn into its own slice of the cinematic universe—beyond that whole “complicated” situation with Thanos, presumably—with appearances from Anthony Mackie as Captain America, Brie Larson as Captain Marvel, and newcomer Iman Vellani as Ms. Marvel.