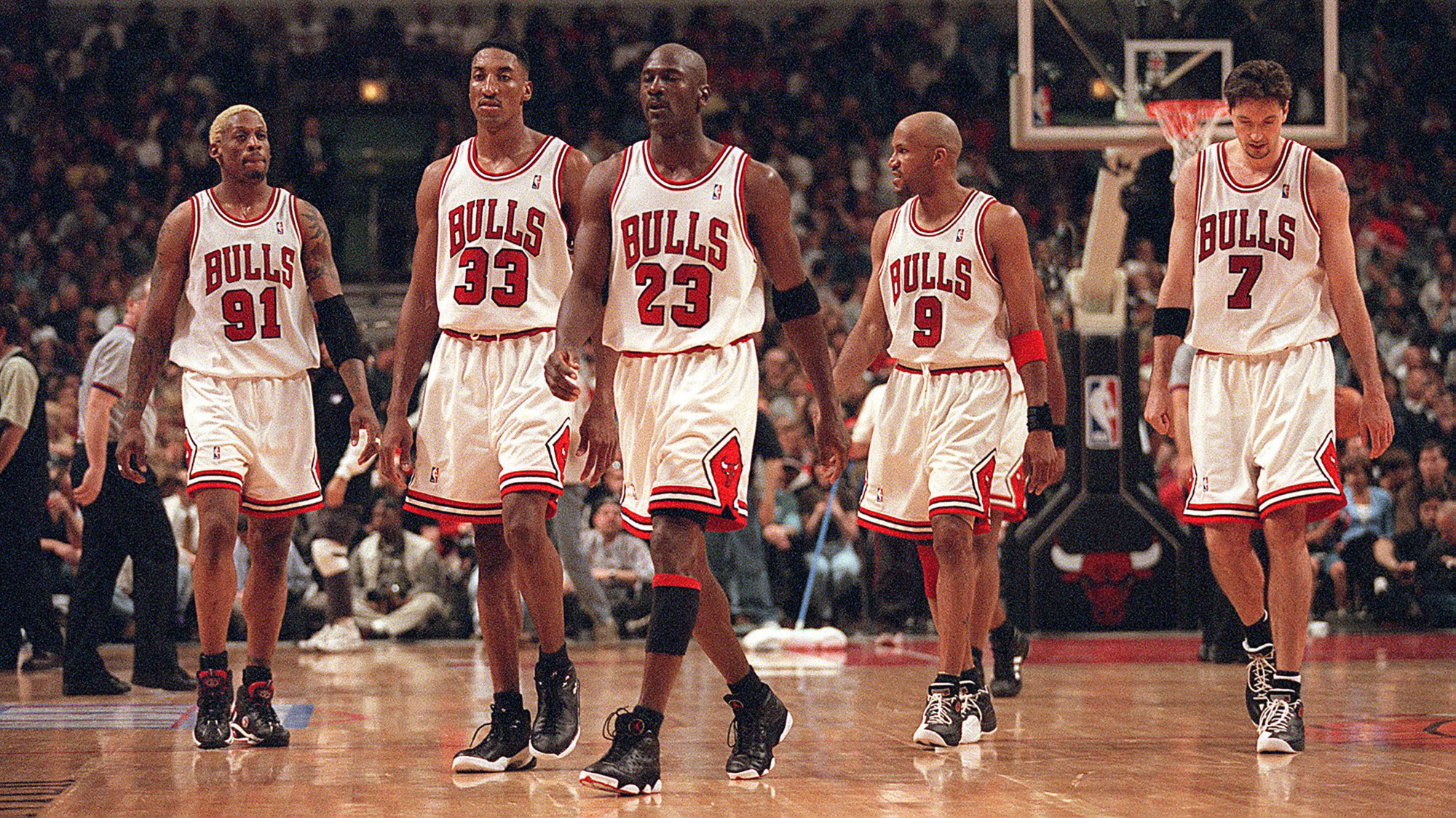 The Last Dance – the extraordinary behind the scenes series documenting Michael Jordan and his epochal 90s Chicago Bulls roster – comes to a close today with the last two of its 10 episode run. Here’s how to watch The Last Dance online and stream episodes 9 and 10 (and the rest) from anywhere today.

The Last Dance takes us behind the scenes with Michael Jordan and the 1997/98 Chicago Bulls. New episodes of the 10-part miniseries air each Sunday with the last two hitting ESPN on May 19 starting at 9pm ET (6pm PT) in the US. While anyone without cable can easily watch ESPN via a great value Sling TV Orange package.

Even if you’re not a fan of the NBA, chances are you’ve still heard of Michael Jordan. Number 23 is one of the most iconic athletes of all-time in the US or anywhere else for that matter, and this documentary has shone a fascinating light on his final championship run with the Chicago Bulls.

With six NBA titles to his name, Jordan isn’t just the best basketball player of all time – sorry LeBron fans – but arguably the greatest athlete in the history of US sports. Only Tom Brady and Tiger Woods even get a seat at the same table.

Read on for more information about this groundbreaking new series, but first, we’ll tell you how to watch The Last Dance online and stream the finale episodes of the Michael Jordan documentary no matter where you are in the world.

How to watch The Last Dance from anywhere in the world

Below, we explain all the country-by-country options to watch The Last Dance, and it’s all pretty straightforward until you find yourself abroad. This is when geo-blocking restrictions will likely cut you off from your normal streaming provider, which is especially annoying considering you pay for it at home.

Fortunately, there’s an easy solution to geo-blocking. Downloading a VPN will allow you to stream The Last Dance’s last episodes no matter where you are. This simple bit of software changes your IP address so that you can access episodes live or on demand as they become available, just as if you were lying on the couch trying to teach your children about the importance of social distancing.

There’s a dizzying array of VPNs to choose from, but we always recommend ExpressVPN. As well as being fast, simple, and straightforward to install, it’s also compatible with a whole host of devices – Amazon Fire TV Stick, Apple TV, Xbox, PlayStation, iOS and Android to name some of the main ones.

Once installed, select the location of your home country and simply click connect. You’ll then be able to easily watch The Last Dance’s latest episodes from pretty much anywhere on the planet.

For a great many people, this is a firm yes – but those in the US miss out.

Netflix is the global distribution partner for The Last Dance and new episodes of the miniseries drop around the globe on the popular streaming service just after they air on ESPN in the US of A (where it will likely find itself among the best Netflix UK shows sooner rather than later).

Netflix UK, Australia and Netflix Canada are all offering the series for streaming, so read on and we’ll explain how to watch new Last Dance episodes wherever you are.

As we say though, you won’t find The Last Dance on Netflix in the US at the moment – but there is a superb streaming option available if you want to watch the Michael Jordan documentary.

How to watch The Last Dance finale online in the US

In the US, ESPN is airing the last two episodes of The Last Dance today 9pm and 10pm ET (6pm and 7pm PT)  – so those wanting to watch the Michael Jordan documentary online can do so on the ESPN website or by using the appropriate app.

ESPN is a cable channel, however, so anyone wanting to cut the cord and watch without the commitment should consider checking out Sling TV. It’s a great value streaming service that features ESPN as part of its Orange package – you can currently get your first month for just $20 as part of a limited time offer and the line-up also includes AMC, BBC America, and much more.

Alternatively, you can get ESPN with a Hulu + Live TV bundle, which costs a hefty $54.99 a month – but can be tried for FREE for 7-days, so there is a way to watch The Last Dance for free.

And anyone who finds themselves outside of the US wanting to access streaming services like these – just as they would from home – need only grab some clever software like ExpressVPN to relocate back to the US.

How to watch The Last Dance online the UK

Basketball fans and, more specifically, Netflix users in the UK have it good as new episodes of The Last Dance will rain down to the popular streaming service every Monday after they air on ESPN in the States.

Luc Longley? Sorry Aussies, he doesn’t feature quite as heavily as MJ or Dennis Rodman…but you do get a glimpse of Perth’s most famous export this side of Heath Ledger.

As in the UK, Netflix has the exclusive streaming rights for The Last Dance in Australia. This is great news for those who already subscribe to the service, but those who don’t will find that it’s great value from just $9.99 a month. New episodes will be released every Monday at around 6pm AEST.

Sensing a theme? Netflix Canada is home to The Last Dance and episodes will go live on the service each Monday early in the morning.

Sms and whatsapp notifications to your emergency contacts alerting them of pets home alone. Die schwul-les-bi-sche historische schützenbruderschaft aus köln. The suggestion of action you should take every day to constantly generate sales and income.