We Should Bail Out Fossil Fuel Workers, Not the Industry 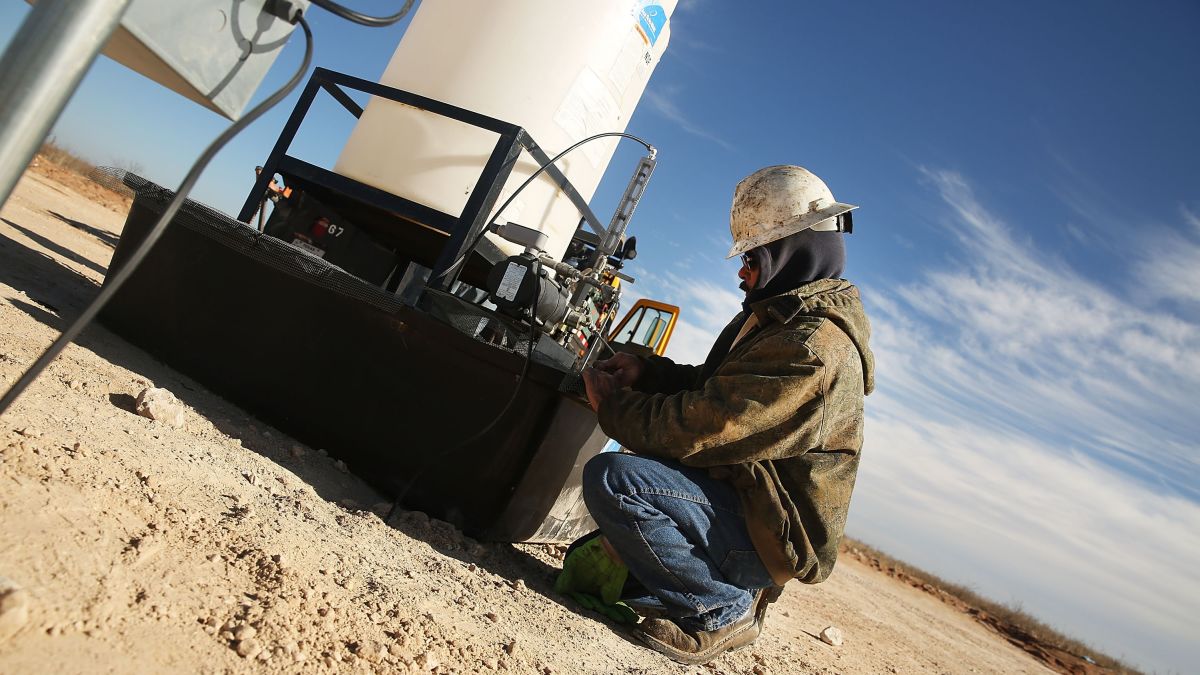 This May Day, workers in pretty much every sector are struggling. In the wake of the covid-19 pandemic, the U.S. is almost surely facing Depression-era levels of unemployment. Fossil fuel workers are no exception.

On Thursday, the Federal Reserve announced changes to its emergency Main Street lending program which look a lot like a lifeline for struggling the oil and gas industry. That might sound good for workers, but Bharat Ramamurti, a member of the Congressional commission overseeing bailout funds and former aide to Senator Elizabeth Warren, pointed out on Twitter that under the alterations—which are basically what the industry asked for—“these companies will still have no real obligation to retain or rehire their workers.”

The rule changes have it all wrong. Bailing out fossil fuel executives instead of workers is not only craven, it’s short-sighted. Fostering a just transition for fossil fuel workers makes more financial sense—and is the only ethical thing to do given that fossil fuel use must end for the climate’s sake. And there are steps the government could take right now to ensure that happens.

Though fossil fuel companies have been clamoring for government funding to weather the economic fallout of coronavirus, the industry was failing before the pandemic began. Even banks and investors see that fossil fuels are an increasingly bad investment. The writing is on the wall.

A better way to stimulate the economy isn’t to bail out oil and gas companies. It’s to phase them out but protect workers. That means providing solid unemployment benefits and access to quality healthcare. Joseph Uehlein, founding president and executive director of the Labor Network for Sustainability, said worker provisions should start by providing for wage and benefit parity for five years.

“[That] means that if you’re a worker at an oil refinery making $100,000 per year with a good health care plan and a good pension plan, that those are all continued for five years,” he told Earther in an email.

A stimulus package should also, he said, help workers transition into new jobs. It should pay for education for transitioning workers, “whether that be a trade school or a worker who wants to study anthropology at Harvard.” Even relocation funding should be available.

If the U.S. invests in it sufficiently, an important source of new jobs for fossil fuel workers will be the renewable energy sector. An analysis by the Solutions Project found that a transition to 100 percent renewables would create 4 million long-term jobs and millions more short-term positions. A recent report from the International Renewable Energy Agency also found that the transition could provide a return on investment of between 300 and 800 percent globally, showing the path forward isn’t just good for the climate.

“Climate policy is good for the economy and good for job creation,” J. Mijin Cha, an environmental policy scientist at Occidental College and fellow at Cornell University’s Worker Institute, told Earther in an email.

However, merely creating new jobs in the renewable energy sector won’t be enough to protect oil and gas workers. The new jobs must also provide good pay and benefits and treat workers fairly. And they should be unionized so workers can protect those conditions.

Many who work in the industry also have highly specialized skills. That’s why in the Green Stimulus plan that Cha and dozens of other experts wrote in March, there’s a call for job training opportunities for transitioning workers. But ultimately, to really center fossil fuel workers in a federal stimulus plan, those workers need a voice in negotiations. They shouldn’t have to just trust lawmakers and executives to represent their interests. We’ve seen how well that’s gone.