What should the inevitable Harry Potter HBO Max series look like? 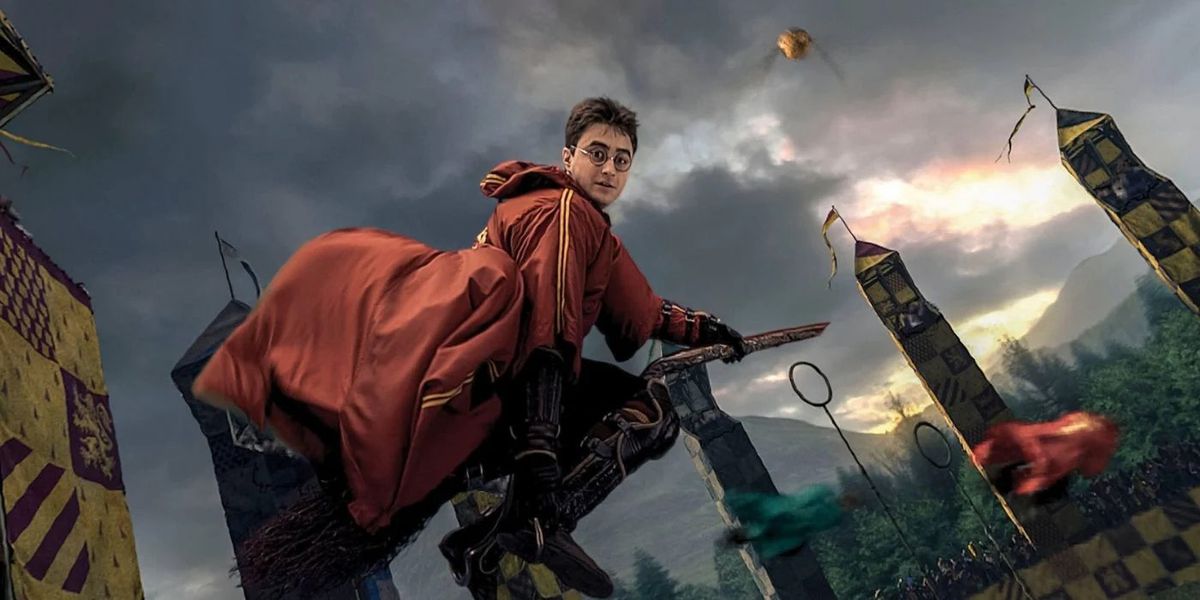 Harry Potter is one of the most popular franchises in the world. Warner Bros. — which owns the film rights to J.K. Rowling’s Wizarding World — is hungry for fresh content that will get tons of customers to subscribe to the new HBO Max streaming service. We already know that having the Harry Potter films is hugely important to WarnerMedia, given the company’s last-minute deal wrangling to secure the films for the service’s debut at the end of May.

But while having streaming rights to the original eight Harry Potter films and spinoff series Fantastic Beasts is important, the need to attract more subscribers for HBO Max makes it almost a certainty that a streaming-exclusive Harry Potter series is a question of “when,” not “if.”

There are two things you need to know about me as a human being: I love mockumentaries and I love Quidditch. Imagine if there was a Last Dance (ESPN’s documentary that followed Michael Jordan and the Chicago Bulls during their 1997-1998 championship season) documentary that follows the worst Quidditch team in the league as they try to qualify for the championship finals. In a perfect world, the show is written by Taika Waititi, backed by the writing staff on FX’s incredible What We do in the Shadows. I want to watch a bunch of fictional blubbering idiots — who somehow managed to find their way into the English Premiere League of sports in the Wizarding universe — for an entire season. — Julia Alexander, reporter

This may sound cynical, but Fantastic Beasts and Where to Find Them managed to find a five-movie series in a 128-page version of a fictional textbook. Who’s to say that the enterprising minds of the Warner Bros. production department and J.K. Rowling can’t find similarly lucrative series in her other two supplementary books? (But honestly, an anthology show about the development of Quidditch over time sounds good, and Beedle the Bard might make for a good episodic miniseries.) — Chaim Gartenberg, news editor

The elephant in the room as far as Harry Potter media adaptations go: the so-called “eighth story” in the Harry Potter saga, which picks up years after the final book and is told not through text, but as a big-budget stage show. The story of Cursed Child is controversial among fans (to say the least), and having seen the Broadway version, it seems like it’d work better on stage rather than as an adapted film. But if you’re looking for Potter stories to put on HBO Max, it’s perhaps the most obvious choice.

WarnerMedia could also take a page out of Disney’s book and just produce a filmed version of the stage show (like the upcoming Hamilton recording set to debut on Disney Plus) — preserving the original theatrical nature of the narrative and saving millions on making a full-fledged film version. — Chaim Gartenberg, news editor

Just remake the existing stuff (either as a TV show, movies, or something animated)

I have two controversial Harry Potter-based opinions. The first is that Hufflepuff is the best house, and the second, more interesting, opinion is that the best book in the series is Harry Potter and the Half-Blood Prince.

I say “controversial” because plenty of fans will tell you that the penultimate book is one of the weaker in the series. Aside from its (admittedly massive) finale, nothing really happens, and the book spends most of its time as a kind of teen drama set in a wizarding school. Harry, Ron, and Hermione are just wizard schoolchildren for most of the book, not fearless adventurers.

It’s these quiet moments in the Harry Potter series that I love the most, and yet they’re the ones that inevitably got cut the most when translating each of the books into individual feature-length movies. Remaking them as a Harry Potter TV series could be the thing to change this, by being able to waste a bit of time on the more mundane, and yet utterly compelling, aspects of wizarding life. — Jon Porter, international news writer

As Jon already pointed out, so much of Harry Potter already feels like a teen drama, why not just lean into it? The CW’s iconic Gossip Girl is a great starting point for a teen-focused, Harry Potter series based around the Wizarding World’s elite. [Ed.’s note: This exists. It’s called The Magicians.] This show has very little to do with any of the official Harry Potter characters, choosing instead to focus on a new batch of snotty-nosed, Slytherin-like teens at an exclusive boarding school. These teens come from the wealthiest wizarding families, whose parents are in the highest positions of power — they can do no wrong, and if they do, it’s easy enough to sweep it under the rug. I want a show full of partying, sex, fighting, and, inevitably, a murder of some sort. [Ed.’s note: Julia, don’t make me tap the sign.] Also, let’s take it out of Great Britain. I’m not asking for much! — Julia Alexander, reporter

The last three Fantastic Beasts movies, but as lower budget made-for-streaming things instead

The Fantastic Beasts movies… are not very good. The odds of Warner Bros. giving up on them entirely seems unlikely, but theatrical movies are in a weird place right now. If the box office numbers on the next Fantastic Beasts film (remember, there are still three of these left) don’t perform, it might make sense to just move the series to HBO Max as a lower-budget production. This might be a better choice than leaving it unfinished because the theatrical response isn’t there (see: the final Divergent film, which never got made). — Chaim Gartenberg, news editor

It’s 1985. This year’s Hufflepuff team, after years of mediocrity, is expected to be something special, led by the team’s all-star Seeker. But in the season’s first match, the team is embarrassed, and in a final, desperate attempt to catch the Snitch and save the game, the Seeker veers outside the stadium, crashes into the Forbidden Forest, and suffers a horrible accident that not even Madam Pomfrey can heal in a timely manner. The team has to turn to an unproven second-year Seeker to try to salvage the season and the respect of Hogwarts. Will they prevail? — Jay Peters, news writer

Harry Potter told through the perspective of a background character

Much like “The Voter” episode of Ryan Murphy’s The Politician, every series needs some screentime devoted to a character who’s not at the center of the action. Harry Potter is a celebrity in the Wizarding World, and he has to save the universe on top of that — but what about all of the non-famous average teenage wizards just living their lives? What’s their day-to-day like? How do they feel about having Harry Potter at their school? And how much do they really know about Voldemort? You could find a number of characters to focus on including Harry’s friends (Luna Lovegood deserves her own series), professors (what does McGonagall even do in her free time?), and Hufflepuffs (the most overlooked house) who are mentioned once or maybe twice in the whole seven books. Think of it as a new and interesting way of retelling the same story; even without the excitement of Harry’s life, Hogwarts and magic itself still make up a world we want to spend hours in. — Aliya Chaudhry, how-to writer

Harry Potter: The Next Generation

WarnerMedia could simply follow in the footsteps of Star Trek: jump ahead in time to years after the events of the original series and just create a whole new series set in the same world, but with little to no overlap of characters. Like a prequel set far in the past, moving away in time from the existing series helps avoid clashes in canon and could allow for a more contemporary look at wizarding society. (Remember, the original series is canonically set in the ‘90s.) — Chaim Gartenberg, news editor

A show that focuses on the Muggles at Hogwarts

One of the main pulls of Harry Potter is reading about this incredible magical world, and we get to see how amazing it is through Harry’s eyes and our own. But when Harry goes to Hogwarts, he leaves most of the outside world behind. We don’t see much of Muggle culture or technology once Harry enters the Wizarding World. But imagine if that was a part of the story, and Muggles brought Muggle things — everything from superglue to iPhones — to Hogwarts and showed it to their wizard friends. Even though magic is obviously great, regular human invention is pretty wild, and some of it would probably shock the wizards. Would TikTok catch on in the Wizarding World? Do wizards share memes? Would ordering pizza freak the wizards out? The questions — and fun answers — are endless. — Aliya Chaudhry, how-to writer

A prequel about the founding of Hogwarts

Gryffindor. Hufflepuff. Ravenclaw. Slytherin. The four houses of Hogwarts are one of the most famous aspects of the series, but they’re also the names of the four founders of the magical school. As a largely unexplored area of the Wizarding World, a streaming show or movie could take viewers back to the founding of Hogwarts and dispel some of the common myths associated with the houses by showing how the school really came to be. (While neatly avoiding some of the timeline issues with the books that the current Fantastic Beasts movies are encountering.) — Chaim Gartenberg, news editor