What we’re watching on Netflix, Disney Plus and Amazon during lockdown 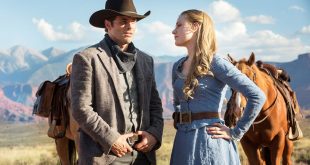 It’s only in times of crisis that we realize how dependent we are on our favorite TV shows to carry us through. Sometimes we need a heart-warming comedy to lift our spirits, or a dystopian vision to remind us that things aren’t as bad as they seem. And if things are as bad as they seem, there’s plenty of TV series in the middle vying to be our distraction for the night.

We’ve written about the very best Netflix shows, Disney Plus movies, or anime series we think are objectively – as objectively as possible, at least – worth watching. But for the shows that we’re currently using to fill our time, shut out the world, or give us a much-needed chuckle during times of stress, this is our guide to our favorite TV series to binge during lockdown.

Some are more recent shows, and others from a good few years ago, but the common thing connecting them all is that they’re all currently available to stream, and have been helping the TechRadar team get through the long weeks and months.

Is anything more comforting than Parks and Recreation in these troubled times? While the sitcom ended its final season in 2015, its warm ribbing of local government feels as silly, heartfelt, and perfectly delivered as in its heyday.

Starring Amy Poehler as Deputy Director of the Parks and Recreation department in the run-down American town of Pawnee, with ambitions of running for political office, this NBC show offers seven seasons of laughter and excellent character portrayals, thanks to the comedic talents of of Aubrey Plaza, Rashida Jones, Aziz Ansari, among many others. (Even Michelle Obama appears in a cameo.)

Where to stream: Amazon Prime Video

She-Ra and the Princesses of Power

She-Ra has been a consistently great show through its first four seasons, and the fifth and final set of episodes just dropped. The revival jettisons nearly everything from the original 1985 cartoon to bring a wholly new take on the onetime He-Man spinoff. The new She-Ra is a straightforward adventure about friendship, but it deftly explores trauma, trust, betrayal, and redemption, too. It’s the rare all-ages show that manages to be affirming without becoming condescending to younger audiences, heartbreaking without becoming bleak.

As a bonus that hopefully isn’t a novelty much longer: the cast of characters comes in a variety of skin tones, body shapes, and apparent sexualities. Every viewer should easily find a favorite. (Scorpia tribe, represent.) – David Lumb

The Imagineering Story is probably the best documentary series on Disney Plus and it’s precisely the type of whimsical journey my eyeballs need at this trying time. The six-episode series takes an in-depth look at how the Disney theme parks and attractions were created, focusing mainly on the extraordinary Imagineers who conceived and created the famous parks and rides.

Imagineering Story will make you want to immediately book a trip to your nearest Disney parks and will leave you gobsmacked at just how incredibly creative some people are – while you lie there, eating Doritos and watching them be productive. – Vic Hood

Where to stream: Disney Plus

I never finished Lost’s final season, because I worked on a sci-fi magazine back when it ended and had the finale ruined for me by a work assignment (woe is me!). Even though I know the island-based mystery drama doesn’t answer a lot of the questions it raises, the journey in this show is frequently exciting – and I’ve enjoyed watching it with my partner, who knows nothing about the show.

After mostly watching flabby cable and streaming shows for the past year, it’s still refreshing to watch an exciting drama that’s only 40 minutes an episode. – Samuel Roberts

Where to stream: IMDB TV (US), Amazon Prime Video (UK)

If I’m as good-spirited and as suave a dresser as Sandy Kominsky when I’m older, I’ll count my blessings. The Kominsky Method mixes heartfelt humor with candid conversations about what life is like when you’re an older gentleman: dealing with a problematic prostate, coping with the loss of a loved one, and how sitting in a children’s park is apparently no longer acceptable.

Funny, endearing and wonderfully written, The Kominsky Method delivers the type of uplifting entertainment that we could all use right now. – Adam Vjestica

Never Have I Ever

From the funny mind of Mindy Kaling comes this angsty-yet-affectionate teen comedy drama, following a sophomore high schooler trying to forge a new identity – with mixed results – while grappling with the aftermath of grief.

Despite the subject matter, though, it’s very easy watching, with brilliantly silly characters as well as a refreshing amount of diversity in both its casting and the kind of relationships explored onscreen. Expect plenty of humor around the clash of familial expectations and personal growth, authenticity and popularity, sexual fantasy and reality, and the high school drama club. – Henry St Leger

This is one of the best British sitcoms of the last decade, and many will have missed it as it was relegated to BBC iPlayer in the UK, as a BBC Three production that started after the channel was moved online. I managed to watch all three seasons in a weekend (don’t worry, there’s only six episodes in each) as they’re so easy to watch and feature a variety of laugh-out-loud characters, who inhabit a small village in the Cotswolds.

If you’re looking for a relaxing show to sink into during the pandemic, this is one of the best choices you’ll find right now. – James Peckham

Where to stream: BBC iPlayer (UK), Hulu (US)

Westworld is a prime example of a show I wouldn’t have watched if it wasn’t for lockdown. I saw one episode of season 2 back when it aired, and the time-hopping structure of the story seemed unnecessarily convoluted.

That said, I’m very glad I went back. Season 2 starts slow but it’s ambitious, and builds to a satisfying finale that resolves some of the show’s core themes. Then season 3 is basically a different show entirely, taking us away from the park and into the real world, with a bunch of new characters joining the surviving cast members.

Westworld never really says anything that clever or new, but I was more entertained by season 3 than I was by almost anything in the past two years. – Samuel Roberts

I’m by no means a big basketball fan, but I do love documentaries, biopics and dramas based on true events. The Last Dance checks all of those boxes, as it retells the 1997-98 NBA season of the Chicago Bulls team dynasty and the rise and eventual retirement of world-famous basketball star Michael Jordan.

It’s hard not to be inspired by the discipline, dedication and business acumen of Jordan. This sports docuseries, which is filled with never-before-seen footage from a camera crew that got an all-access pass to the team, was pushed up several weeks to fill the void of sports during the lockdown. – Matt Swider

Where to stream: Netflix, ESPN (US)