White House Offers Members of Congress 5-Minute Coronavirus Tests, But Pelosi and McConnell Say ‘No, Thanks’ 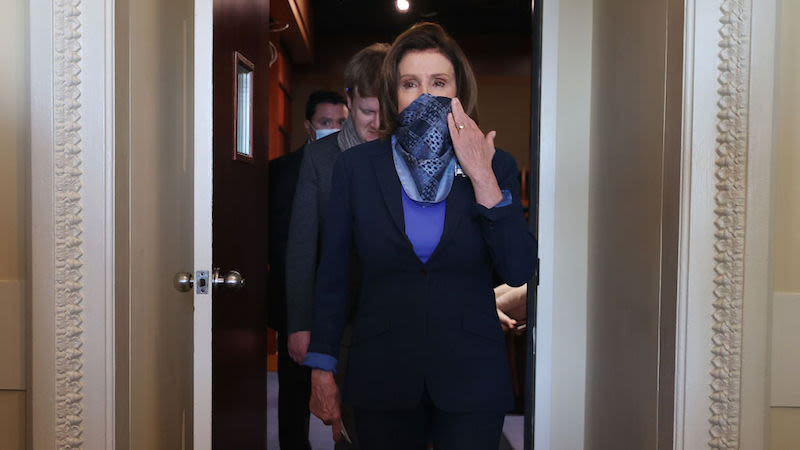 That’s what Pelosi and McConnell had to say to the White House’s offer to provide Congress with rapid coronavirus tests. The offer came after the Capitol’s attending physician, Dr. Brian Monahan, earlier this week told top Republicans that there was not sufficient capacity to test senators quickly for the coronavirus or to proactively test all 100 senators returning to Washington, D.C., according to Politico.

As a result, coronavirus tests will only be available to staffers and senators who are ill. Individuals tested by the Capitol’s attending physician receive their results in two days or more. In comparison, at the White House, anyone who meets with President Donald Trump or Vice President Mike Pence receives a rapid results test, which offers results within minutes.

Health and Human Services Secretary Alex Azar announced in a tweet on Friday that the White House would send the Senate three Abbott point of care testing machines and 1,000 tests. On Saturday morning, Trump said that there was “tremendous coronavirus testing capacity” in Washington, D.C. and specified that the administration was sending over the 5-minute Abbott test.

Nonetheless, Pelosi and McConnell said that although Congress was thankful for the offer, they respectfully declined.

“Our country’s testing capacities are continuing to scale up nationwide and Congress wants to keep directing resources to the front-line facilities where they can do the most good the most quickly,” they said in a joint statement on Saturday.

The lawmakers added that they will use the current testing protocols established by the Office of the Attending Physician “until these speedier technologies become more widely available.”

Trump, predictably, insulted Pelosi on Twitter and accused her of making excuses and not showing up for work. Unlike the Senate, the House will not return to Washington on May 4.

“No reason to turn it down, except politics,” Trump wrote. “We have plenty of testing. Maybe you need a new Doctor over there. Crazy Nancy will use it as an excuse not to show up to work!”

Monahan, the Capitol’s attending physician, sent coronavirus best practices to senators and staffers on Friday, the Hill reported. Per the guidance, the use of face masks is voluntary unless required by specific agency policy. Nonetheless, Monahan is requiring that all employees check their temperature and complete an 11 question self-assessment every morning before going to work, among others.

Senators are a particularly high-risk group, given that about half of them are 65 and older. Older adults are at higher risk to develop severe illness from covid-19, the disease caused by the novel coronavirus.